The Yellows return to league action at Cantilever Park for the third consecutive week to face Hyde United in the Premier Division.

Warrington Town head into the fixture following a 1-0 defeat to Ashton United in the FA Trophy, with a Sam Sheridan strike the only difference on the day.

In the league, Paul Carden, recently celebrating three years in charge at the club, and his team sit fourth with a game in hand over the teams above.

Hyde United, who currently sit 12th in the league table, also suffered a loss heading into the fixture falling short 3-2 against Buxton in the FA Trophy, and have boosted their squad with the loan signing of Alex Starcenko from National League North side Guiseley. 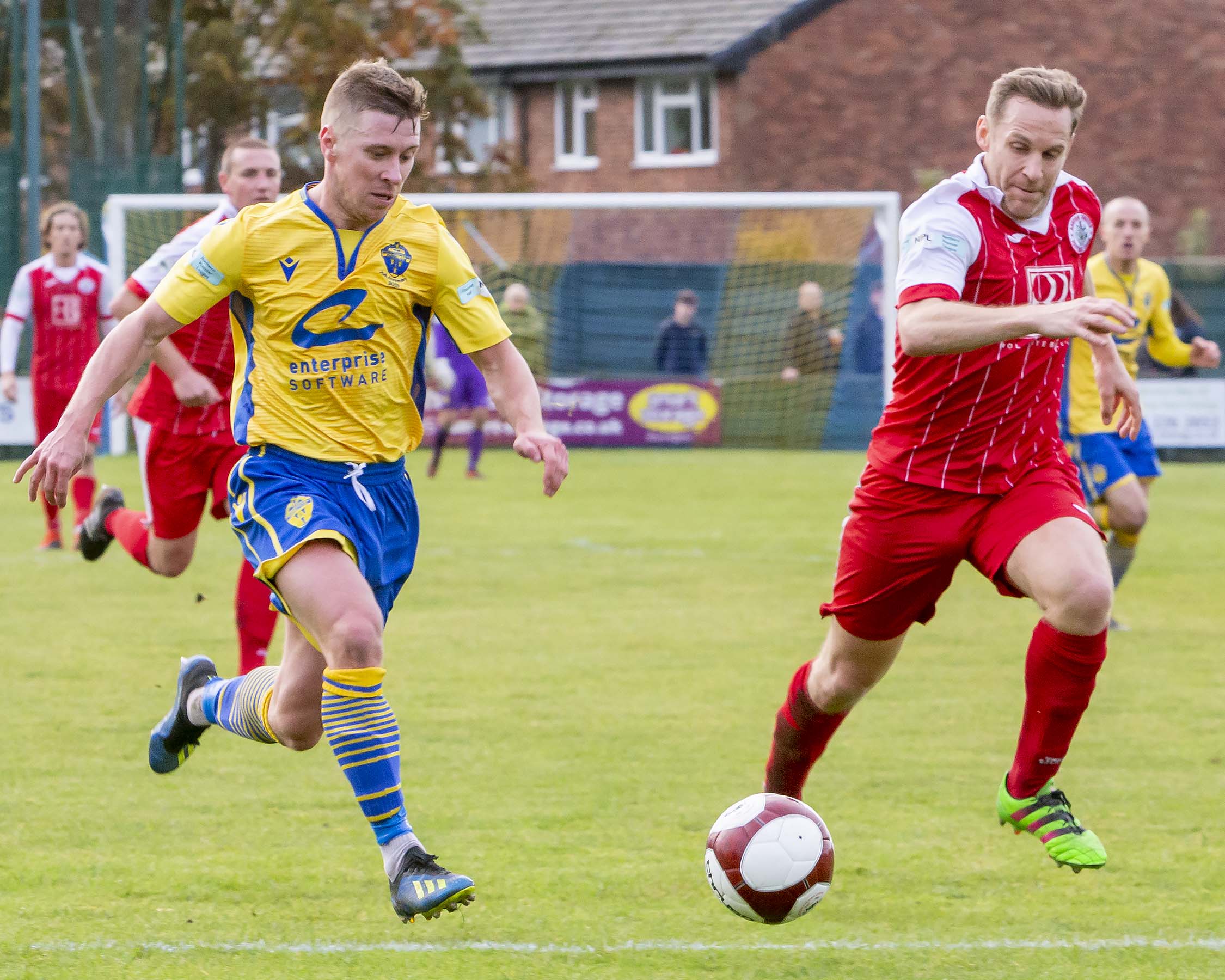 The two sides last met in November of the 2018/19 season, with the Yellows on the right side of a close 2-1 scoreline, Jake Kirby’s 85th minute strike the difference on the day.

The Yellows took the lead when Tony Gray’s deflected effort from the edge of the box managed to find its way into the back of the net before the Tigers equalised from a Nicky Platt free kick as he placed it into the bottom left corner.

Substitute Jack Dunn was the catalyst in helping the Yellows gain the win after his teasing corner was only half cleared into the path of the oncoming Kirby who smashed it home.

Earlier on in the season the teams met at Ewen Fields, with Warrington claiming a 2-0 triumph which also saw them pass 600 minutes without conceding a goal.

Adam Hughes and Jack Mackreth scored the goals inside the first 11 minutes of the fixture, enough to claim the three league points.

Previewing the weekend’s fixture, Carden said: “I think it’s fair to say our home form hasn’t been great but at the same time we’re in a strong position in terms of league.

“We’ve got to take confidence from that. I’m not too down about it yet, I know we can do better and we need to do better but it’s not the end of the world. A couple of results go against you and other teams start putting runs together and getting results and making it seem worse than things are.

“The league is telling this season that it is up and down. I think Hyde were near the top early on and teams are beating each other and that’ll be the case. This season seems to be a different kind of season, so we’ve got to keep our composure and not get too caught up in how well we’re playing home and away and focus on our game.

“Hyde are a side that haven’t been on the greatest of runs recently but early in the season they were flying. They beat Stafford, Buxton, South Shields away and FC United away and Nantwich at home. They’re obviously a capable side and we know it’s going to be a tough game like every other game in the league.”

On latest signing Jack Banister, who joined from Curzon Ashton on loan, Carden added: “Jack is a fast, direct and wide player who can play either side and he can add goals in the same Jack Mackreth kind of way.

“We needed to add attacking options with Jack Dunn and Josh Amis missing, we need to replace their goals which was over 25 goals between them last season and so we need to try and chip away and claw some of those results back with other options, so Jack will do that for us.

Dylan Vassallo will miss tomorrow’s clash due to a knee injury, whilst Steven Jennings returns after suspension.