The Yellows had battled through a goalless first half against a relatively strong Tranmere side and then took the lead through Jordan Buckley five minutes after the restart.

A bit of Bohan Dixon magic doubled the lead going in to the final quarter and Jack Mackreth won and scored a penalty to add gloss late on.

It was Tranmere’s first outing of pre-season on a freshly-laid pitch at the League Two club’s home ground, and though not at full strength, they started with six players who featured in their last competitive fixture against Blackpool back in March.

Former Liverpool midfielder Jay Spearing, not one of the six who played against Blackpool, started while ex-Everton striker James Vauaghan came off the bench at half-time. 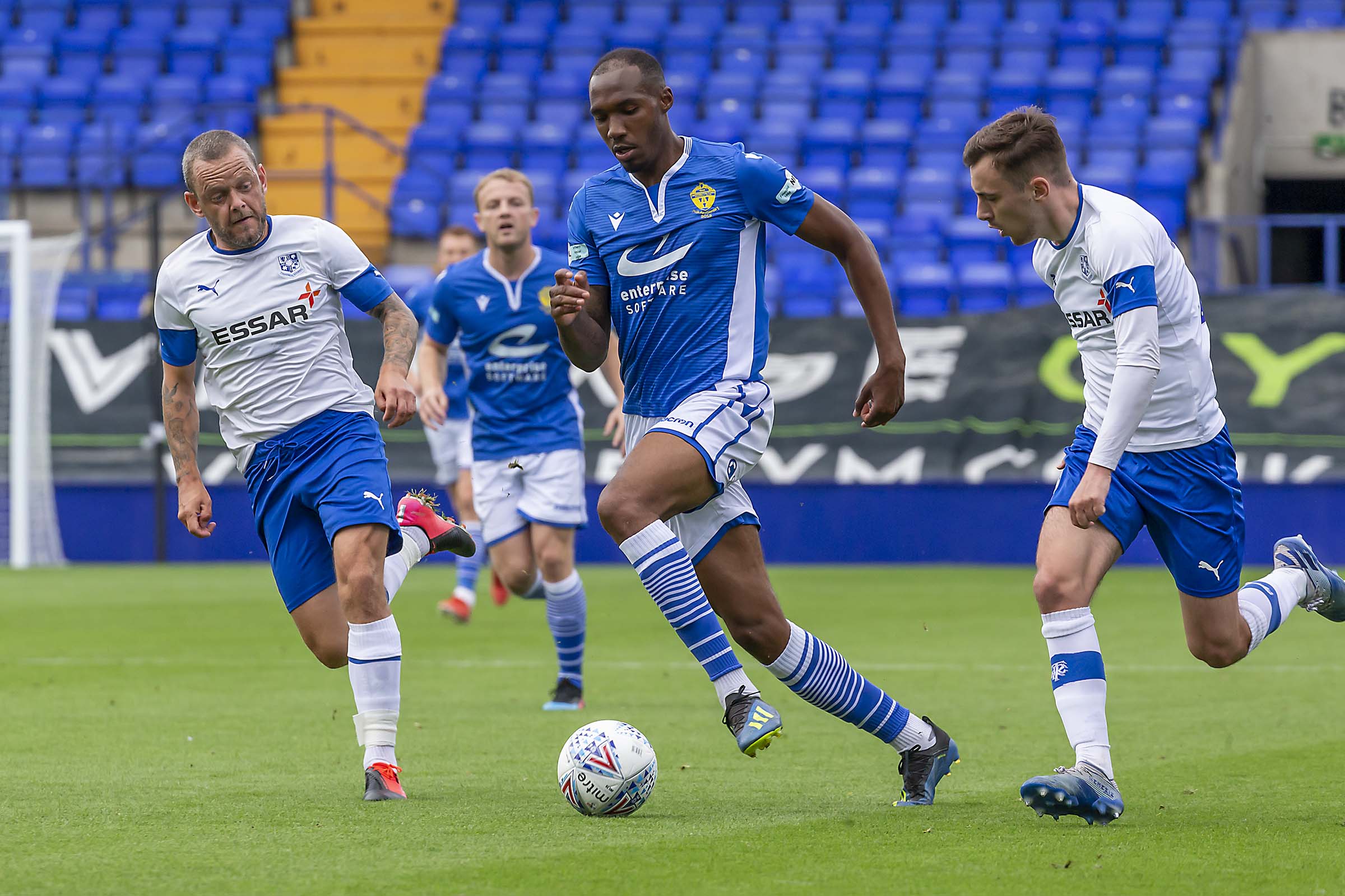 The Yellows started brightly and one of their ex-Tranmere contingent, Evan Gumbs, almost opened the scoring inside two minutes, his header from a left-wing corner forcing a fine one-handed save from goalkeeper Joe Murphy.

From the second corner, a chance fell to the feet of Jordan Buckley, and his shot was well blocked by a defender.

Tom Warren, starting in an advanced role on the left in front of Joel Amado, had a half chance on nine minutes, turning in the box to shoot with Murphy getting down well to save.

After then, the hosts got a grip of the match and had the Yellows on the defensive. Winger Corey Blackett-Taylor was a threat on the left, and he had a couple of chances cutting in – one driven wide and the other hooked off the line by Callum Grogan.

There was a blow midway through the first half, as new signing Charlie Munro was forced off with a hamstring strain he sustained in chasing down Spearing as the Yellows cleared a corner.

His replacement, ex-Tranmere man Mitch Duggan, had a powerful shot pushed wide by Murphy after a mis-communication at the back by Tranmere, who also just about kept out a weaving Buckley run through the middle. 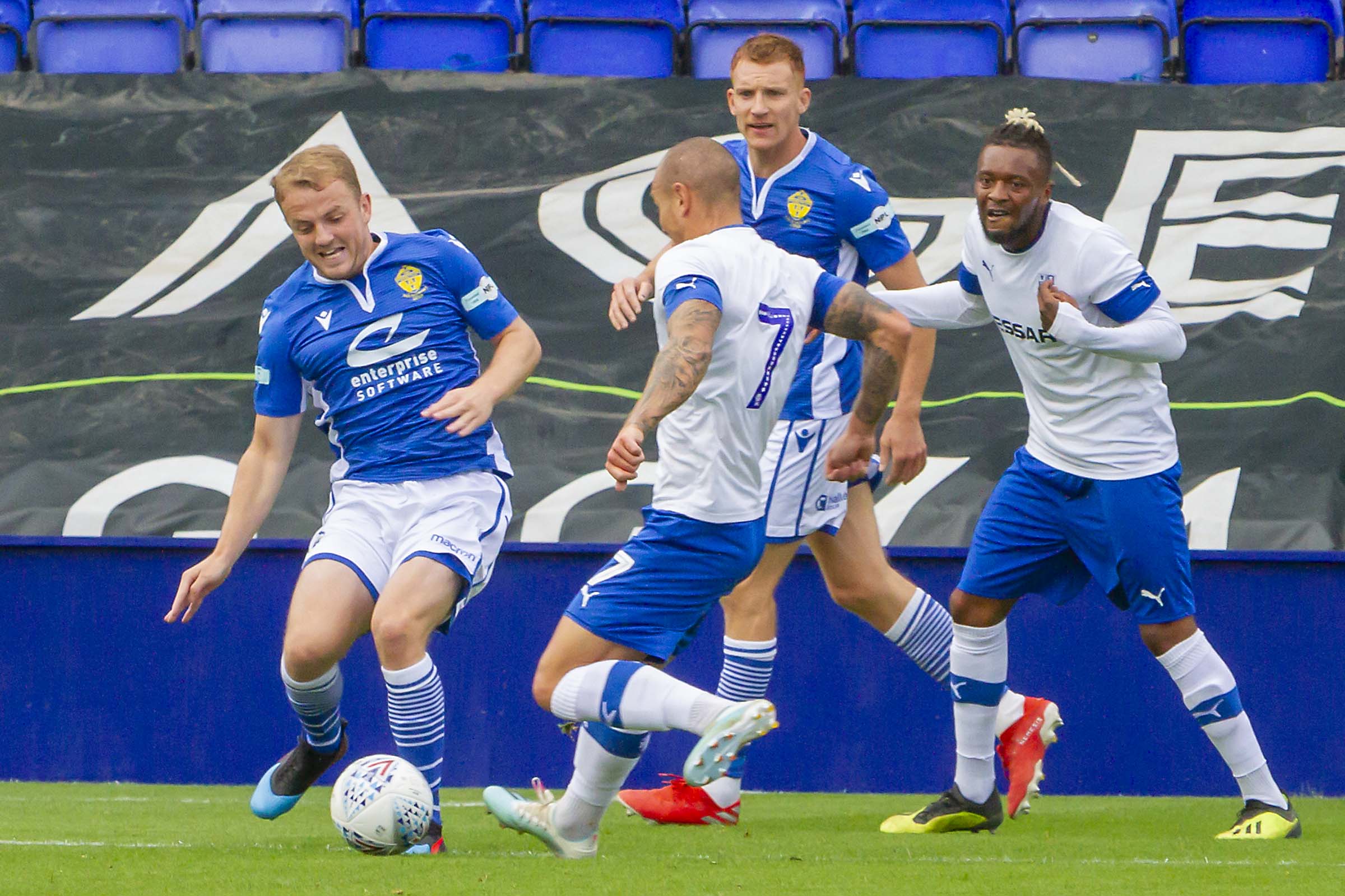 Tranmere were forcing a few more corners, but the Yellows stood firm, until Blackett-Taylor was released through the middle on the stroke of half-time, only to be denied by Trialist A in goal, who did his chances of earning a deal no harm with his overall performance.

He had to be at his beat too to deny Morgan Ferrier in first half stoppage time, his shot getting through a ruck of bodies and beaten away.

The hosts made a couple of changes at the break, including Vaughan and midfielder Ollie Banks, and made a really crisp start, forcing a corner seconds in thanks to a Grogan interception.

But it would be Warrington who broke the deadlock, a goal kick forward not dealt with by the Tranmere back line and it fell to Buckley who kept his cool through on the goalkeeper for 1-0. 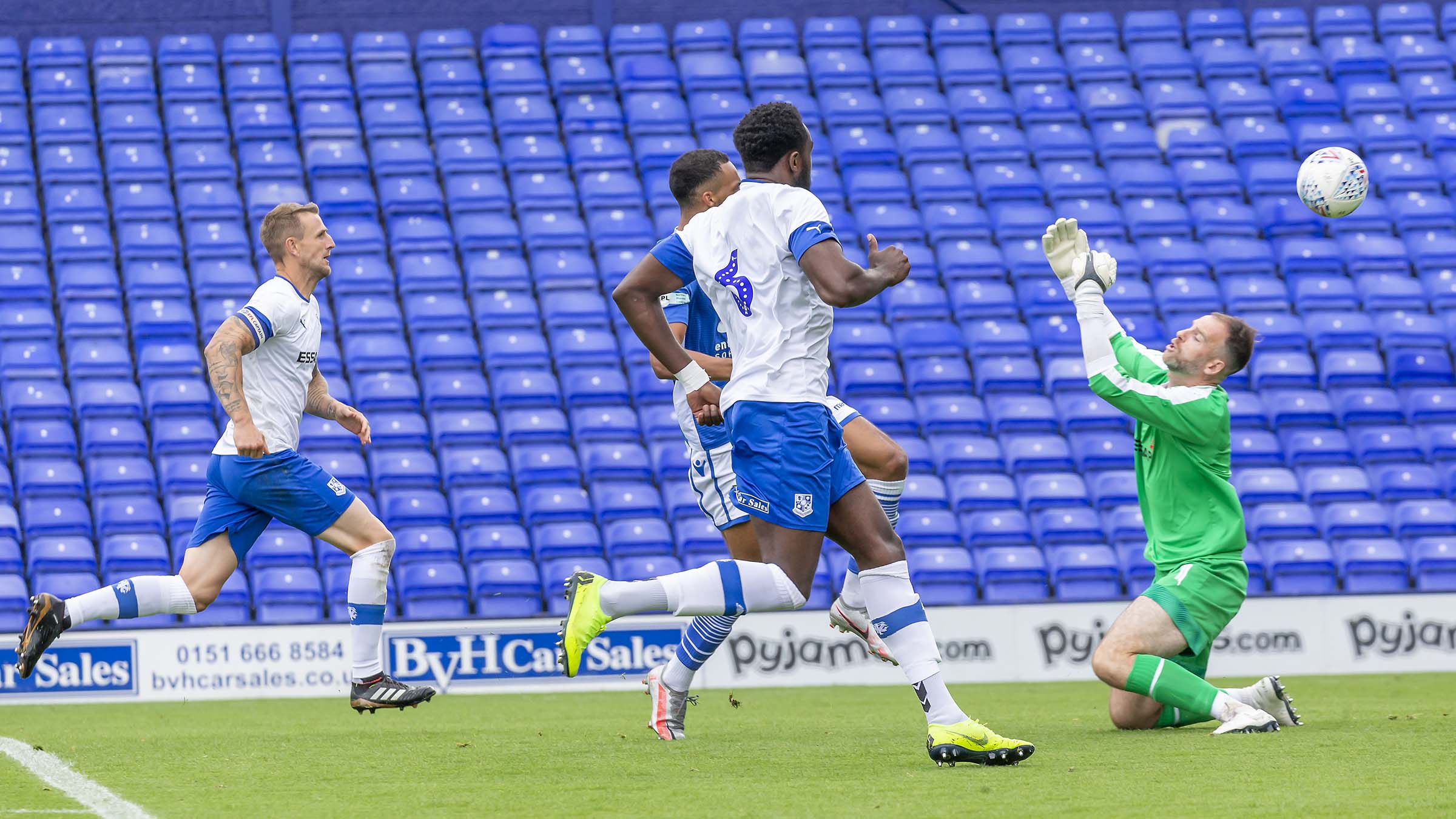 That opened the game up, and Blackett-Taylor spurned a golden chance moments later, letting a cross go between his legs when he had a tap in.

The extra space being created benefited Tranmere and they started knocking on the door, another good save by Trialist A denying Otis Khan.

A couple of changes made by the Yellows midway through the second half, as well as seven by the hosts, changed the tempo of the game and the pressure that the hosts had enforced earlier in the half, seemed to lessen.

That enabled the Yellows to push forward, and after Mackreth robbed a defender, Warren shot in to the side netting after Craig Carney had brought the ball all the way across the edge of the box.

A second goal came on 75 minutes, Mackreth – who had gone in to a central striker role following the withdrawal of Buckley, the only striker in the match day squad – sliding Dixon in on the left channel, he stood up a defender, cut inside, feigned to shoot twice and then expertly steered the ball left-footed inside the near post.

Tranmere’s frustrations were evident in the closing stages, a substitute booked for a cynical foul on Carney, and the same player then leaving one late on the impressive Trialist B, which resulted in a stern talking to from the referee and unhappy Yellows skipper Mark Roberts.

There was still more misery for the hosts though, Mackreth holding the ball up on the left and then attacking his marker in to the box, he was brought down for a penalty. Mackreth dusted himself off and converted, despite the best efforts of Murphy in the Tranmere goal.

Paul Carden’s side are next in action at Lower Breck on Monday night, before their return to Cantilever Park on Friday against City of Liverpool.