Warrington Town were held to a 3-3 draw, despite a late Tony Gray goal that looked to seal the victory.

After leading 2-0, the Yellows had been pegged back to 2-2 despite Chris Marlow’s red card, only for Tony Gray to seemingly strike the winner in the 90th minute against the run of play.

But Ritchie Allen struck low past Tony McMillan in the fourth minute of injury time to consign the Yellows to a fifth game without a win.

In an entertaining game to kick-off the New Year, both sides had early looks at goal, with Allen firing wide for Bamber Bridge and then Ben Garrity should have done better after Jack Mackreth’s pull-back was left for him by Dylan Vassallo.

The in-form Mackreth was a constant menace to the hosts, and Warrington enjoyed the better territory off the back of the right winger’s scampering runs.

There wasn’t much in the way of clear cut shots on goal until the opening goal on the half hour mark, a wicked free-kick whipped in by Dunn and diverted past his own goalkeeper by the unfortunate Allen.

The Yellows, who conceded within two minutes of scoring against Witton Albion on Boxing Day, almost did the same here as they allowed Matthew Dudley space to get a shot away, McMillan getting across to save.

There would be a quickfire second goal though, and this time in the right net from the Yellows point of view. A superb early ball across from Dunn found Mackreth on the edge of the box, and he swept home despite Danny Roccia getting a hand to it.

Dunn twice had shots that were stopped by Roccia, and Gray should have made it three on the stroke of half time when he didn’t get enough contact on a teasing delivery from Vassallo.

But the hosts, who had barely threatened since the opening 10 minutes, got a goal back in the third minute of stoppage time – a clumsy tackle by Scott Brown on the edge of the box saw the referee point to the spot despite some protestations, and Blackpool loanee Rowan Roache stepped up to give Brig a lifeline.

Bamber Bridge took the game to the visitors in the second half and it was their right winger, Sheldon Green, himself on loan from AFC Fylde, who looked troublesome on the far side.

They would be reduced to 10 men on the hour mark though, Mackreth released through the middle and cynically tripped by Chris Marlow, who was shown a straight red despite his feeling that he wasn’t the last man.

From the resulting phase of attacking play, Gray blazed over a golden chance on the turn after Garrity’s nod down.

Despite the numerical disadvantage, the hosts took control of the game as for the second time in a month the Yellows struggled to assert authority against 10 men.

And just like at South Shields in December, it would cost them the win.

Seven minutes from time, Bamber Bridge got the equaliser their efforts deserved as Tyrone Duffus headed in to his own goal from a left wing corner.

Sensing blood, Brig laid siege on the Yellows goal and two desperate saves by McMillan and a solid block by Mark Roberts kept the scores level.

Then from nowhere, it seemed that the Yellows had snatched a win. Brig failed to deal with a poor ball forward by Dunn, enabling Mackreth to pounce and his early low cross was steered home by Gray in the 90th minute.

The joy at apparently getting out of jail didn’t last until the full time whistle though, as with virtually the last kick of the game, Allen fired low in to the bottom corner after being left free in the box.

The result means Warrington remain out of the play-off places having drawn four of their last five games, and are without a win since November.

They are next in action at home to Atherton Collieries on Saturday. 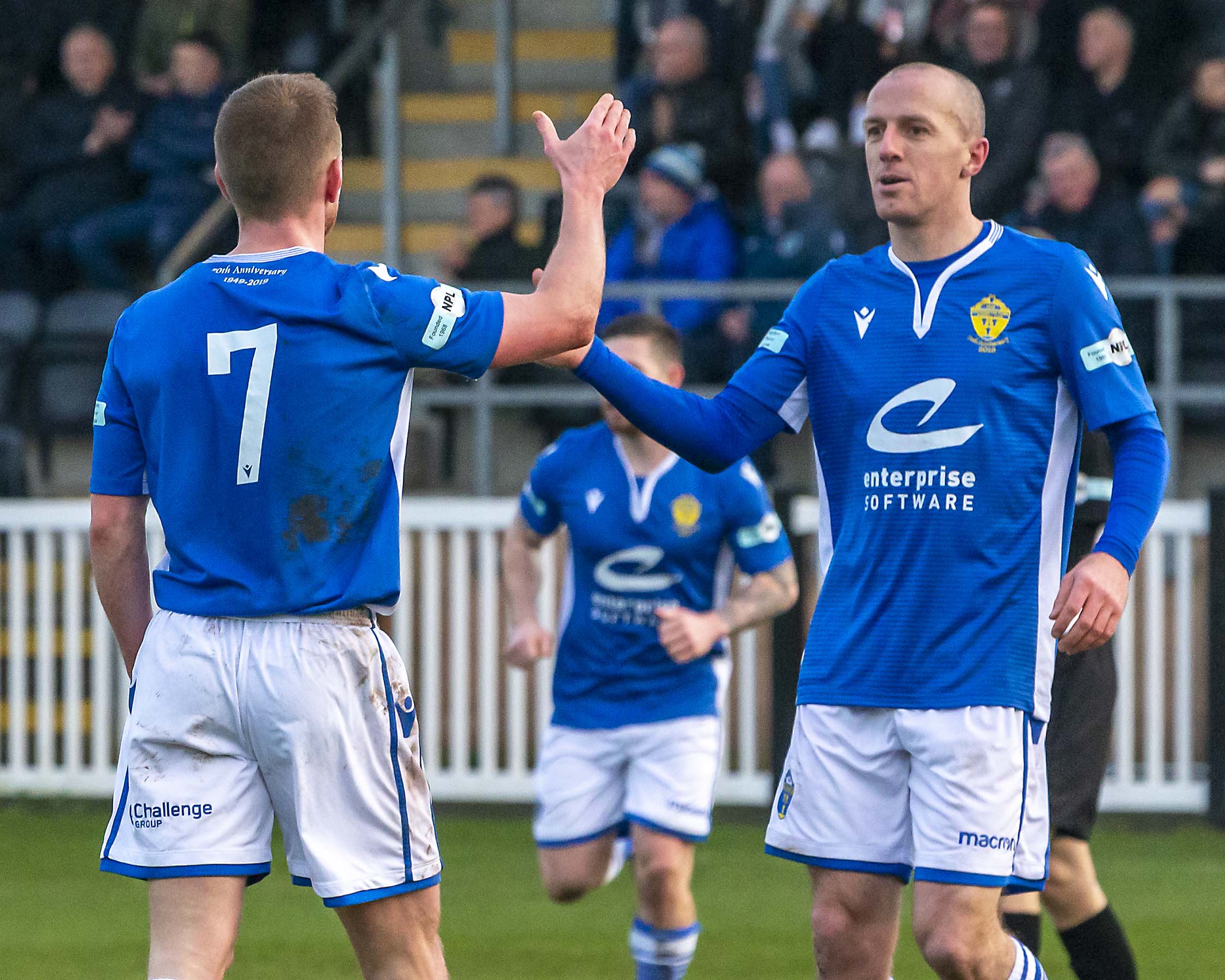 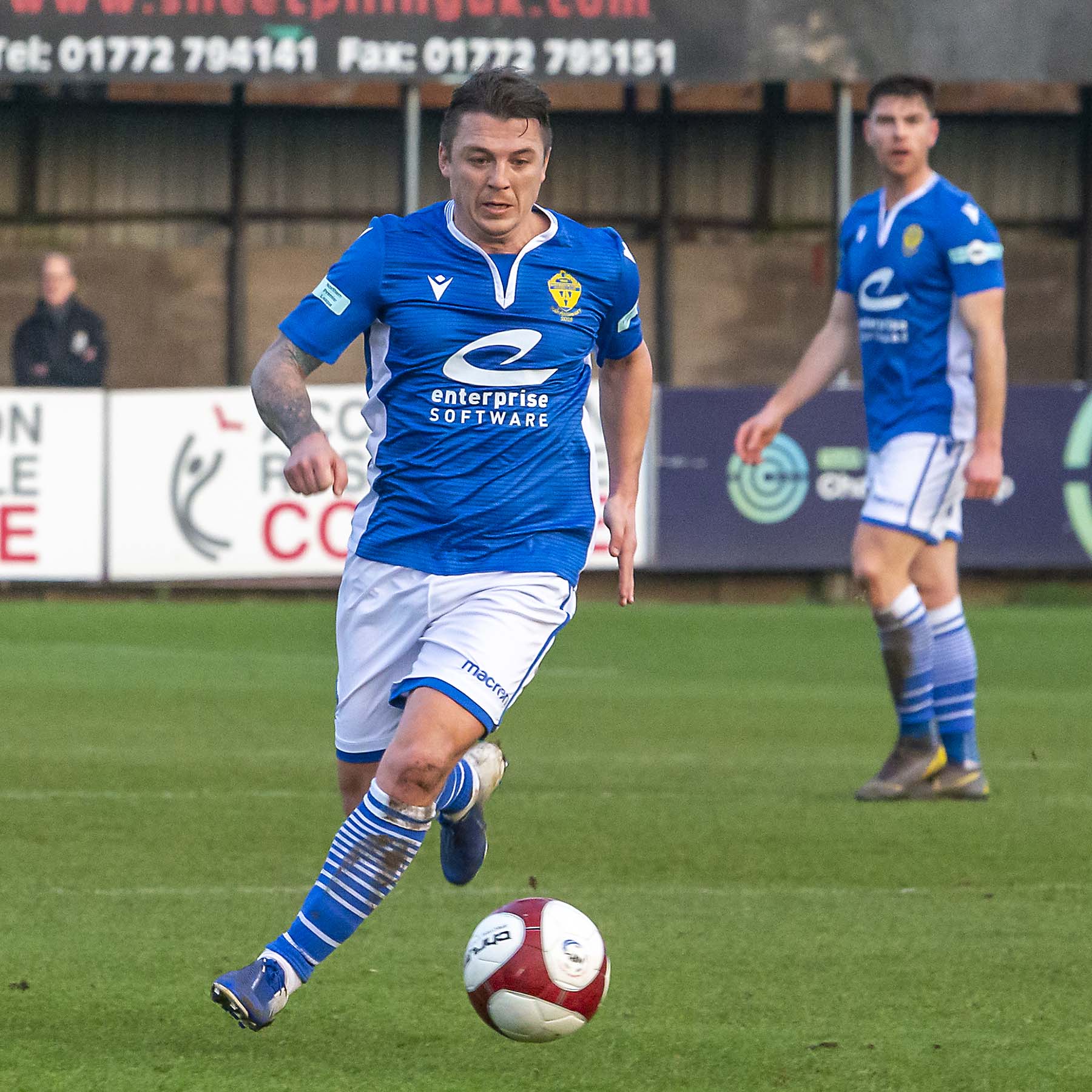 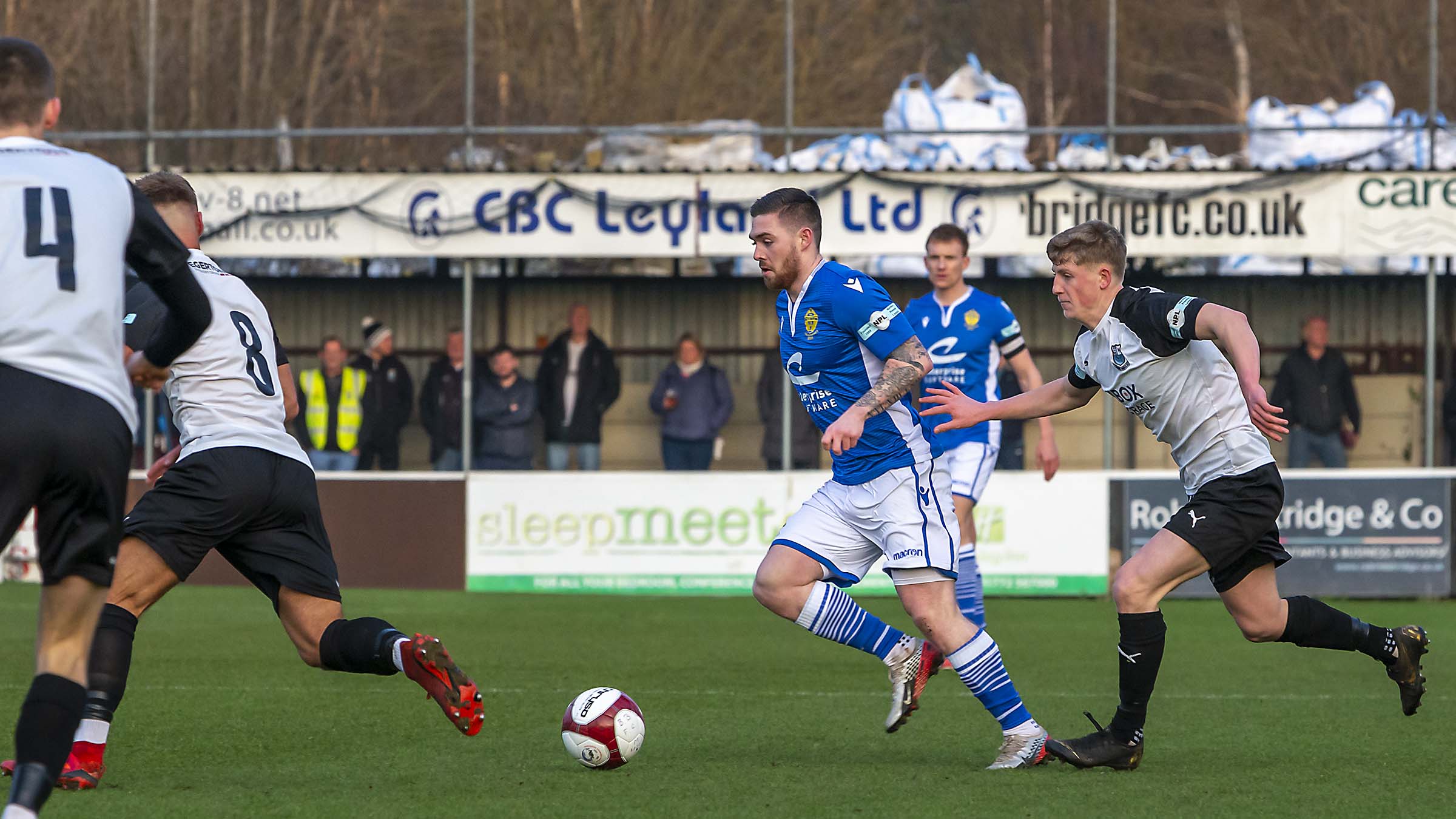