Manager Mark Beesley was pleased to get 45 minutes out of most of his squad as Warrington Town opened up their pre-season with a 1-1 draw at Skelmersdale United.

Isaac Buckley-Ricketts scored a stunning equaliser, cutting in from the left and driving the ball right-footed from 20 yards out, leaving the goalkeeper motionless as it flew in to the roof of the net.

Beesley said: “It’s good to get the first one under your belt. 45 minutes for most of the lads is what we needed and we’ll be better for it.

“We’re early, we’re still six weeks until the start of the season. Pre-season’s gone well so far, the lads have worked really hard, which we expect.

“We’re really pleased with the signings we’ve made, the three from Altrincham with experience and quality, and you saw that from the two of them that played tonight. Then we’ve got Isaac and Mikey, who we took back in April, who are good, hungry young lads and you add Oli (Putnam) to that and we’ve got really high hopes for the three of them.

“We still need one or two more. Mitch has got a long suspension coming up, so we need a couple more bodies to make sure we’re nice and strong come the start of the season.”

Skelmersdale, who have just been promoted to the Northern Premier League West Division, provided a tough workout for the Yellows and had taken the lead after 20 minutes, with a trialist firing past James Speare.

Speare had earlier made an acrobatic save as he played the first half in the absence of new signing Tony Thompson, who was nursing a slight calf strain.

Youngster Kian Hall featured in goal for the second half, though he had little to do.

Beesley effectively played with two teams in either half, with only young defender Josh Murray and Trialist A playing the full 90 minutes. Murray made his debut for the Yellows in the Cheshire Senior Cup back in January, while another youngster Caleb Sweeney, from the FEFA Academy, impressed in the first half. 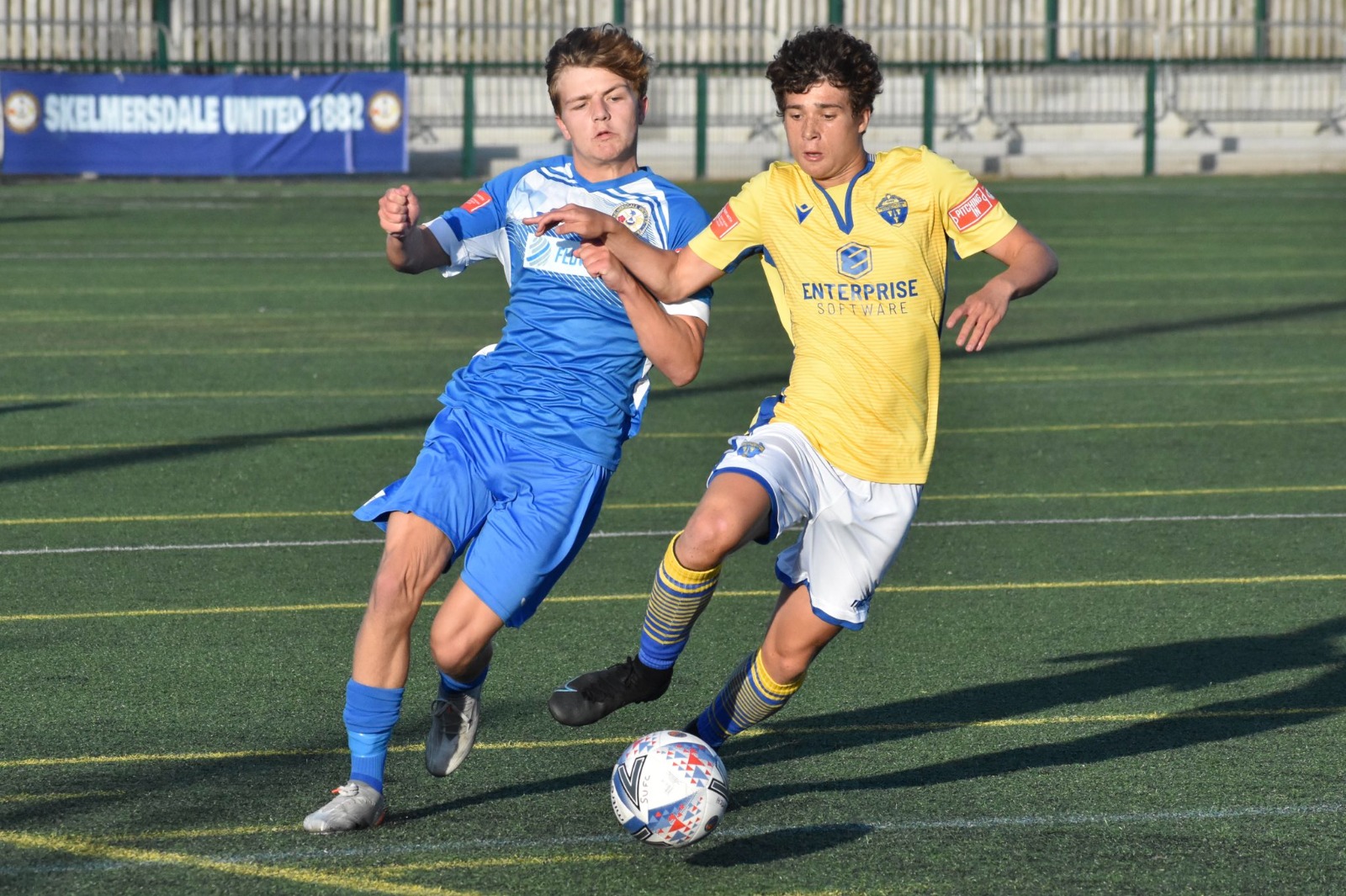 There was a first appearance in club colours for new signings Oliver Putnam and Andy White in the first half, with White having only returned from holiday on Monday, while Mikey Howard also made his first appearance playing against his former club.

Tom Hannigan made his Yellows bow in the second half, which also featured Matty McDonald, who spent time out on loan at Bootle last season after a solitary appearance for the Yellows against Marine in the FA Cup.

After trailing 1-0 at half time, the Yellows were much more imposing in the second half and should have won the game.

Buckley-Ricketts equalised on 54 minutes and then shortly afterwards had a close range shot blocked on the line. McDonald’s hard work presented him with a snap shot chance on the edge of the box towards a half-guarded goal that went over the bar, before Buckley-Ricketts just couldn’t get his foot around a sharp ball in from the right.

Former Yellows defender Michael Grogan was in fine form at centre back for Skelmersdale, and he marshalled the tricky Buckley-Ricketts well through the middle. The likes of Luke Duffy, Bohan Dixon and Evan Gumbs all looked sharp on their returns.

Warrington Town’s pre-season campaign continues on Saturday, when Football League side Tranmere Rovers visit Cantilever Park for a 3pm kick-off. You can get your tickets online now for £8 adults, £5 concessions, £2 under 16s.