New signing Craig Carney hopes to contribute as much as he can when the Northern Premier League season kicks-off later this month.

The 27-year-old midfielder was a summer signing for Paul Carden after spending time with FC United and Clitheroe last season.

Having started his career at Southport, Carney has also starred for Marine, as well as enjoying spells at Northwich Victoria, Lancaster City, Squires Gate, Bamber Bridge and Kendal Town.

He said: “My personal goals are to contribute as much and as often as I can.

“Whether that be goals, assists or good performances that ultimately lead to three points and the team collectively achieving our goal which is promotion.”

Carney has featured in all pre-season fixtures so far, including a stint from the bench in the impressive 3-0 victory over Tranmere Rovers at Prenton Park.

Tonight, the Yellows travel to Padiham in the penultimate pre-season fixture before hosting AFC Fylde this Saturday at Cantilever Park. 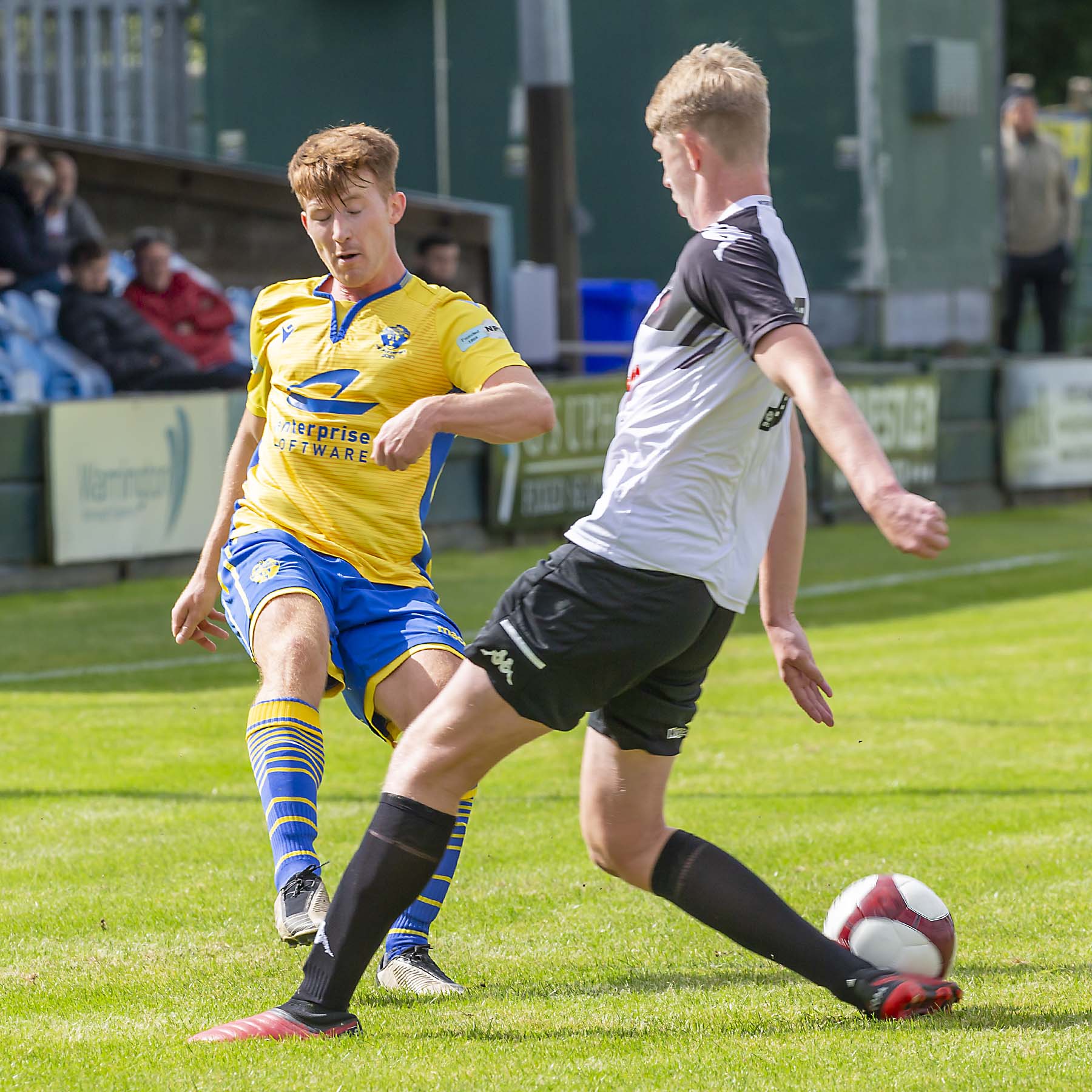 “Training has been good,” said Carney.

“There’s been a good mix of technical, tactical and physical work. I’ve played against a lot of the players so I’ve come across them previously and also knew a few of them having been at previous clubs with them, so it’s been quite an easy adjustment to settle in.

“I’ve thoroughly enjoyed it so far.

“Probably more so than usual after the curtailment of last season and the prolonged absence of regular football. It’s just good to get back in a routine and get back to building towards something.”

Season tickets are also still available online to purchase, which includes all 21 home games in the Pitching In Northern Premier League Premier Division.

Tickets are available to pre-purchase online ahead of our final home pre-season fixture this Saturday, September 12, with a 3:00pm kick-off.