David Raven has praised the support of fans so far this season as the Yellows prepare for this Sunday’s home fixture against Matlock Town.

Raven scored the decisive goal on the half hour mark against 1874 Northwich to send Warrington through to the semi-finals of the Cheshire Senior Cup, with 201 in attendance on Tuesday evening.

Crowds are up 16% compared to last season at Cantilever Park at the same stage of the league, in which the online sportsbook still has the Yellows as contenders for promotion, with more than 500 attending in four of the last five home league games.

There has been an average crowd of 440 so far this season in the league, which is something Raven and the squad have appreciated.

“The fans have been brilliant,” said Raven.

“We always try and make a point and go over and clap them.

“Sometimes it is cold, it is miserable and they do come out in decent numbers and at the end of the day they are supporting a team in the Northern Premier League when they could go to Anfield, League One or Tranmere. We appreciate that and hopefully we’ll get a big crowd on Sunday to support the lads, too.”

Paul Carden’s side host Matlock Town this Sunday in a ‘Super Sunday’ fixture, with a big crowd expected to help support the side as they push for a place back into the play-offs.

“There’s no easy games. We just need a run, everyone’s beating each other. They’re all tough and it’ll be the same on Sunday.

“We’ve been drawing games, but we haven’t lost them. You’d rather win and we know performances can be better at times, but it’s a positive that we’re still up there and around there fighting for play-offs.

“We’d rather be a few places higher, but we are where we are for a reason and we’ll make the most of it and nick a play-off spot.” 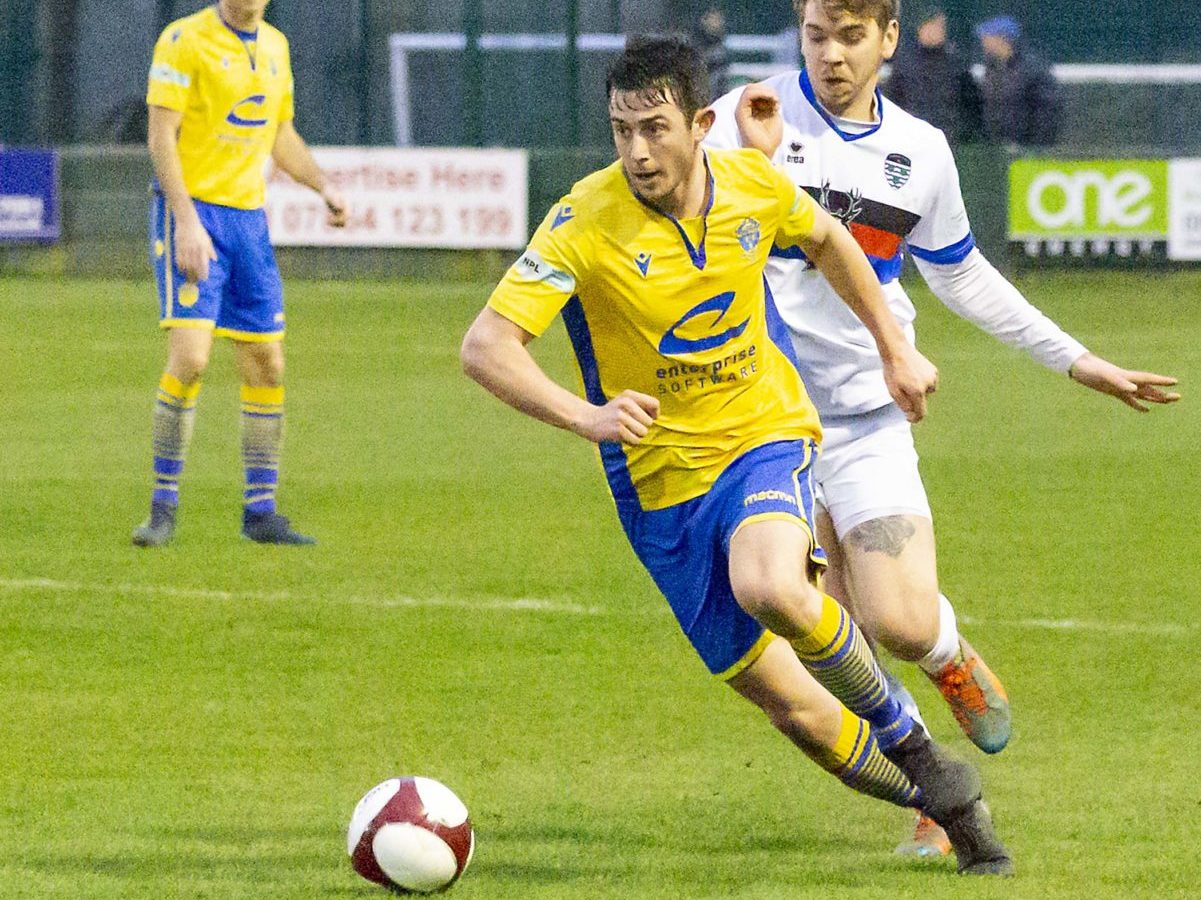 “It’s brilliant, I couldn’t be more pleased for him.

“I was buzzing because he had deserved it, not only just in his performances, but the way he is as a lad.

“He absolutely deserves it and he’ll do well, I’m sure he will.”

Garrity scored for Blackpool on Tuesday in a behind-closed-doors game against Crewe, as he looks to impress manager Simon Grayson.

He is the Yellows’ top scorer this season with 11 goals.

Raven added: “We’ve lost a goal threat in one of our better players, so it’s tough but it’s up to the squad now to step up and take his place and that’s what genuinely you find what will happen.

“You’ll get over the fact that he’s gone, and now somebody is going to step up and be the man now.

“There’s a good few players in there, so it’s up to them now to take it and move us on.“

Tickets are available online or at the ground tomorrow as we take on Matlock Town.