Warrington Town have completed the signing of midfielder Michael Rose from Macclesfield Town.

Rose, 38, has starred for the Yellows in pre-season, scoring a fine goal from outside the box against City of Liverpool and was man of the match in the impressive 3-0 win away at Tranmere Rovers.

He has played more than 500 games in the Football League for the likes of Rochdale, Morecambe, Stockport County and Norwich City, winning promotion on four occasions.

The left-footed set-piece specialist has spent the past two seasons in EFL League Two with Macclesfield, making 46 appearances.

A former team-mate of Yellows assistant manager Mark Beesley at Chester, Rose had a couple of offers to remain in full-time football but chose to sign at Cantilever Park after playing in all seven friendlies to date. 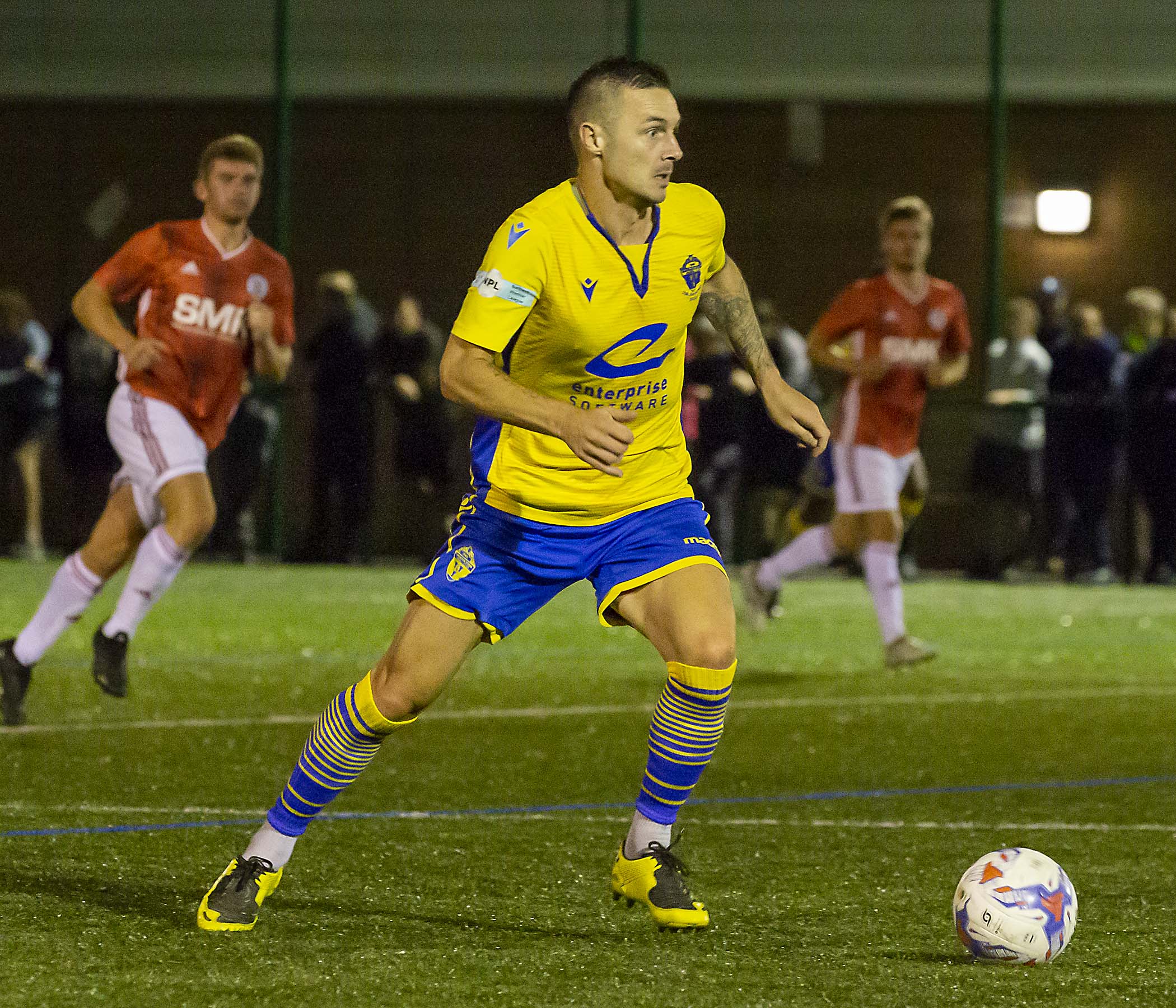 Manager Paul Carden said: “We’re delighted to have him on board. He’ll give us a calmness, composure, set piece quality and a passing quality that you won’t find too many with at our level.

“It always in my mind to bring in someone experienced in midfield and within a couple of sessions he was running them and making people’s eyes widen with his quality of passing and shooting, and the more he gets integrated with the squad, we’re going to see even better performances.

“The big thing is the determination and desire that he brings. After the Southport game, he was angry and when you see someone coming in who has played as many games as he has in the Football League at good levels with good clubs and is frustrated by goals being conceded and he’s not even agreed to sign for us at that point, that desire in him at that age is a breath of fresh air, especially when we’ve got so many young players.

“He’s enjoyed it, he’s seen that there’s quality here, that there’s good lads and he got a feel for the place, and when you’ve got that with somebody of his experience, you know you’re doing something right.”

There are now just two weeks until the 2020/21 Northern Premier League season starts, with the Yellows away at Basford United on the opening day. Season Tickets remain on sale, with record numbers already sold, ahead of the first home game against Gainsborough Trinity on Saturday September 26.