The mortgage advice experts donated £10 for every mortgage they submitted in October, resulting in a total of £300 for the injured defender.

Ali, who joined the club ahead of the 2021/22 Pitching In Northern Premier League season, suffered an ACL injury against Buxton in September, and a Just Giving fundraising page was soon organised by the club.

With the initial target of £1,000, more than 40 supporters have helped break that sum, with £1,595 currently raised for Ali, who requires surgery.

“When I saw it, I thought we do bits of charity usually. When we identify a charity, for a month for every mortgage we submit, we donate £10 to a charity. When I saw it for Mo, as a sponsor, we wanted to get behind it,” said Home Financial Director Ross Jones.

“They’re not full-time footballers, so for him to get an injury I thought you know what, we’ve got a sort of responsibility for the lad.

“Fans may give him support or a bit grief on the sidelines and expect him to perform weekly for our team, so injured or not we have to support him. We’re keen to help out and pleased to help out.”

Home Financial took some advertising space pitch side ahead of the 2020/21 season, and their support has grown ever since, including the sponsorship of goalkeeper Dan Atherton.

The award-winning financial advisors’ director, Jones, moved to Warrington in 2014 and naturally started to take an interest in the club being a football fan. 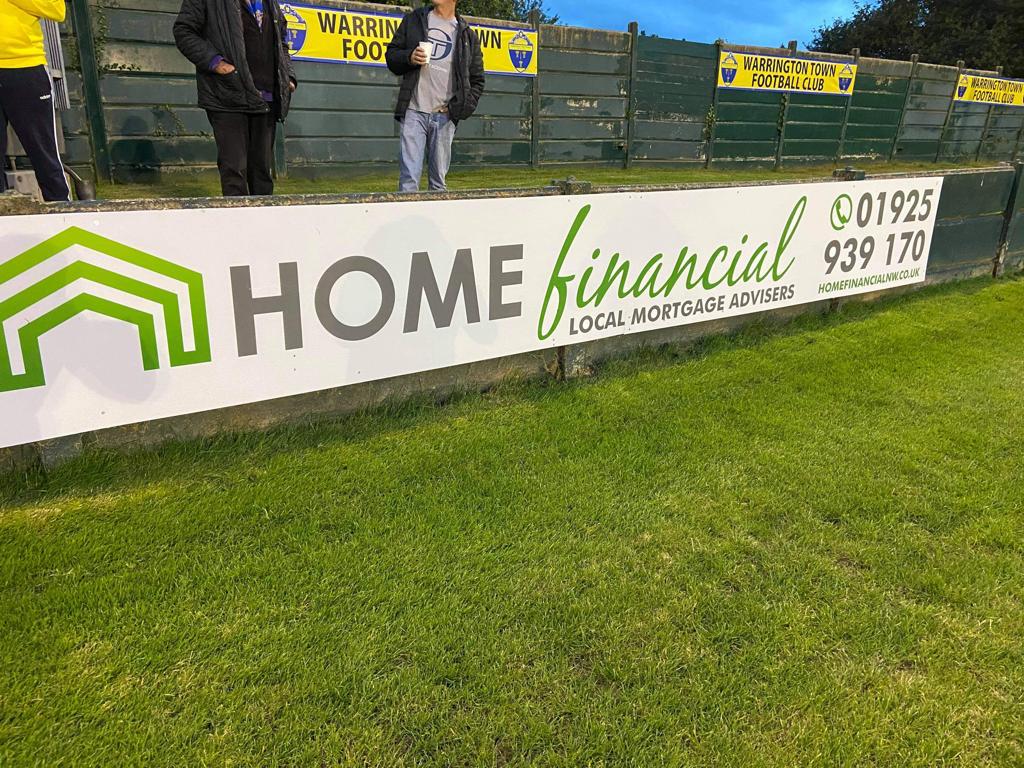 “We’re a local business and it was originally an idea to support the club, but now I’ve been to games and I enjoy it every time,” he said.

“I’ve been to several games this year. The team is growing into the year and I do think they’re starting to get into shape this year and it’s a good quality of football.

“Since I got involved, I would never be able to hold a conversation about this division, but now I know it quite well. I look at fixtures and think ‘January is massive’ for example and I’m proper into it.

“Being a sponsor, you feel a part of it all. I want to help get other businesses involved and that will be a key focus.

“As a sponsor, people may not call from seeing my board inside the ground specifically, but if we can get more businesses involved and create that business community with a possibility of networking events and sponsors days and developing business to business stuff, that would be fantastic.”