Warrington Town midfielder Jay Harris hopes his big-game experience can help the Yellows dream of Wembley as they begin their 2021/22 FA Trophy journey this weekend.

Paul Carden’s side are preparing to travel north to face Hebburn Town, members of the Northern Premier League Division One East.

The Hornets currently sit 12th in the table with three wins from 12 matches. However, they come into Saturday’s third qualifying round tie on a four-game unbeaten run in all competitions.

Harris, who has twice reached the final of the FA Trophy with Wrexham – in 2013 and 2015 – insists the Yellows cannot let recent standards drop as they look to advance to the next round.

“In cup competitions, teams can underestimate or overestimate each other,” he said. “These are the games you want to win as it’s a chance to play at Wembley.

“I’ve been there, done it, won the trophy and lost it. It’s a great pathway and is all about fulfilling childhood dreams.

“Some lads may never get the experience or chance again. We need to relish it and win these games.

“We need to keep our run going, no matter what the game, as it all helps take us forward.”

Harris and his Town team-mates have hit form of late, extending their unbeaten run to five matches with a hard-fought 2-1 victory away at Grantham Town last Saturday.

The 34-year-old made his 10th appearance of the season at the South Kesteven Sports Stadium, and admits he is relishing passing his knowledge onto the Yellows’ younger heads. 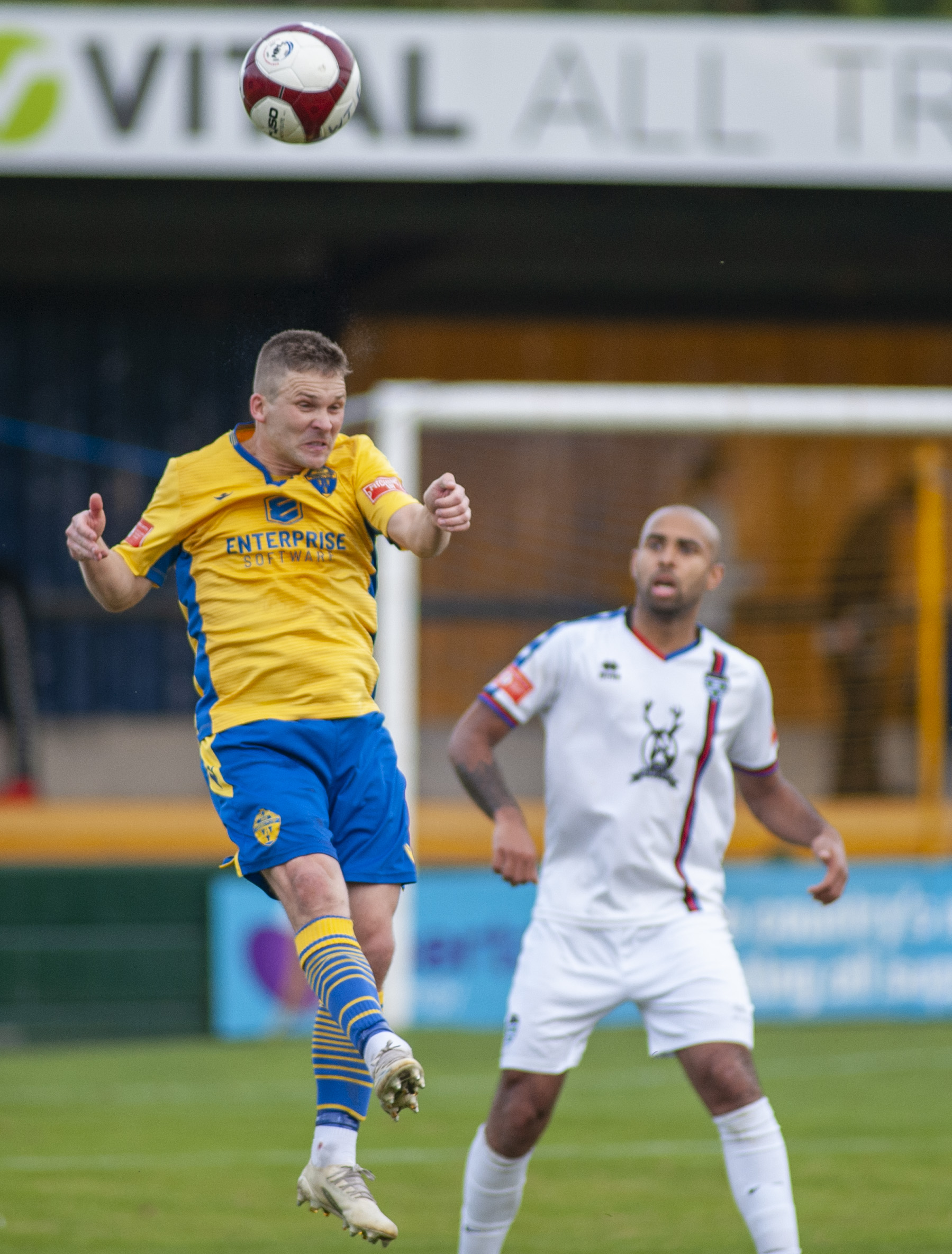 “I’ve been an experienced head over the last couple of years,” he said. “I’m hoping to instigate that into younger lads, get them performing more and help them with leadership and confidence.

Despite their recent purple patch in the league, Harris admits a cup run is not necessarily a distraction from other priorities.

And with a place in the FA Trophy first round proper up for grabs this weekend, the former Accrington Stanley, Chester, Wrexham and Tranmere Rovers midfielder is hoping to go all the way and secure another trip to Wembley.

“An FA Trophy run is more than achievable,” Harris said. “We have a great squad to go and do that.

“You’ve got to grab these moments. Some lads may only get one chance at it, and once it’s gone, it’s gone.

“For me, this could be the last chance. I want to go there again, and if it means going away Saturday and winning there, that’s the start of the journey.

“Marine beat us a few weeks back in the FA Cup. Form and league standings go out the window in cup competition, and it’s all about performing.”