Joel Amado has said that promotion is the ultimate goal for the club heading into the 2020/21 Pitching In Northern Premier League campaign.

Amado put pen to paper with the club in July, arriving from Trafford FC and was part of the side that won the Integro League Cup in 2019.

The 22-year-old left-sided defender has featured in all pre-season fixtures so far, including a start in the club’s 3-0 victory over Tranmere. 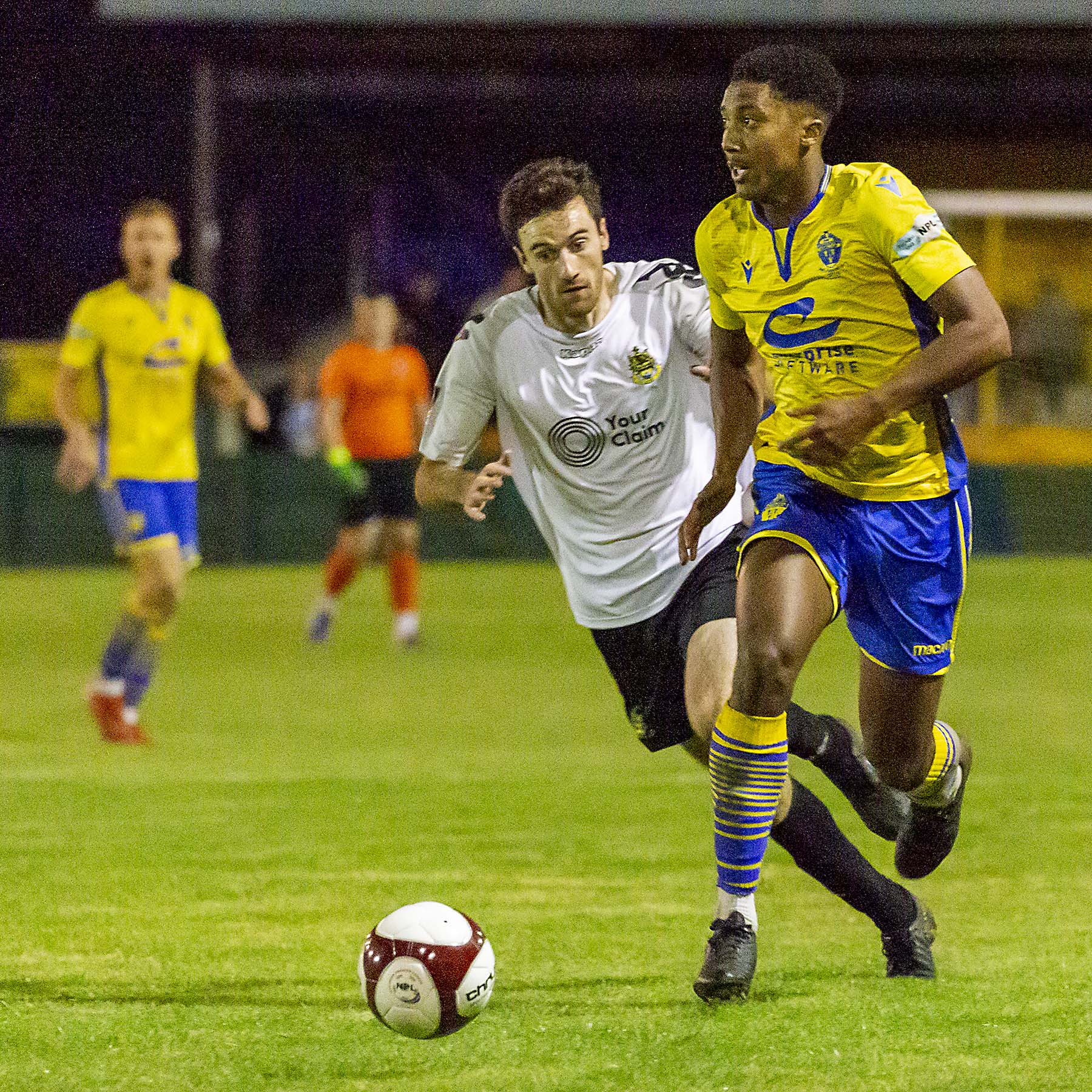 Discussing his goals for the upcoming season, he said: “I want to be playing, keep as many clean sheets as possible and get that promotion that the club has missed out on the last two seasons.

“Training has been good. I think I’ve settled in now, all the boys get on well with each other and they offer different things and I’ve enjoyed playing with them.

“It’s been good. We’ve worked on different things as you would, we’ve had a few games which I think we’ve done well in and being a new-ish team I think it’s been about getting used to how each other play.

“We’ve got a few more games left, all against higher teams and I’m looking forward to playing them.”

The Yellows return to Cantilever Park this Saturday (September 5) to face Salford Under 23s, with a 12:00pm kick off. Tickets are available to pre-purchase online.

Season tickets are also still available online to purchase, which includes all 21 home games in the Pitching In Northern Premier League Premier Division.