The maroon and light blue quartered shirts have been made by the club’s kit partners Macron, and are a nod to the heritage of the club, founded by Jimmy Drinkwater as Stockton Heath back in 1949. 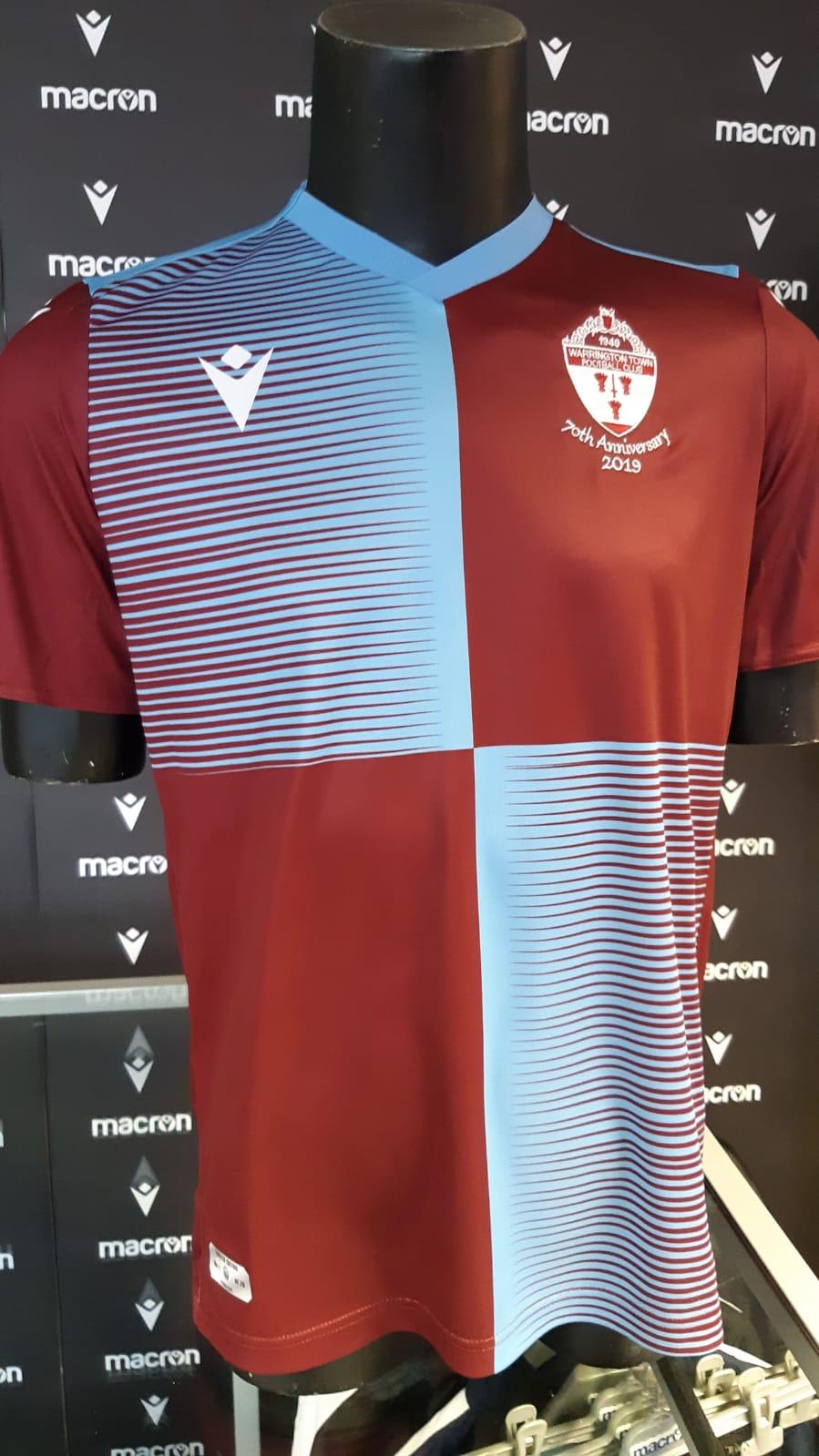 The shirt has no sponsor marks, save for the Macron manufacturer logo, along with an embroidered club logo and 70th anniversary message. The limited edition shirts are individually numbered from 1 to 70.

The club’s most famous son, England World Cup winner Roger Hunt, has signed one of the limited edition shirts which will be displayed proudly in the boardroom at Cantilever Park. 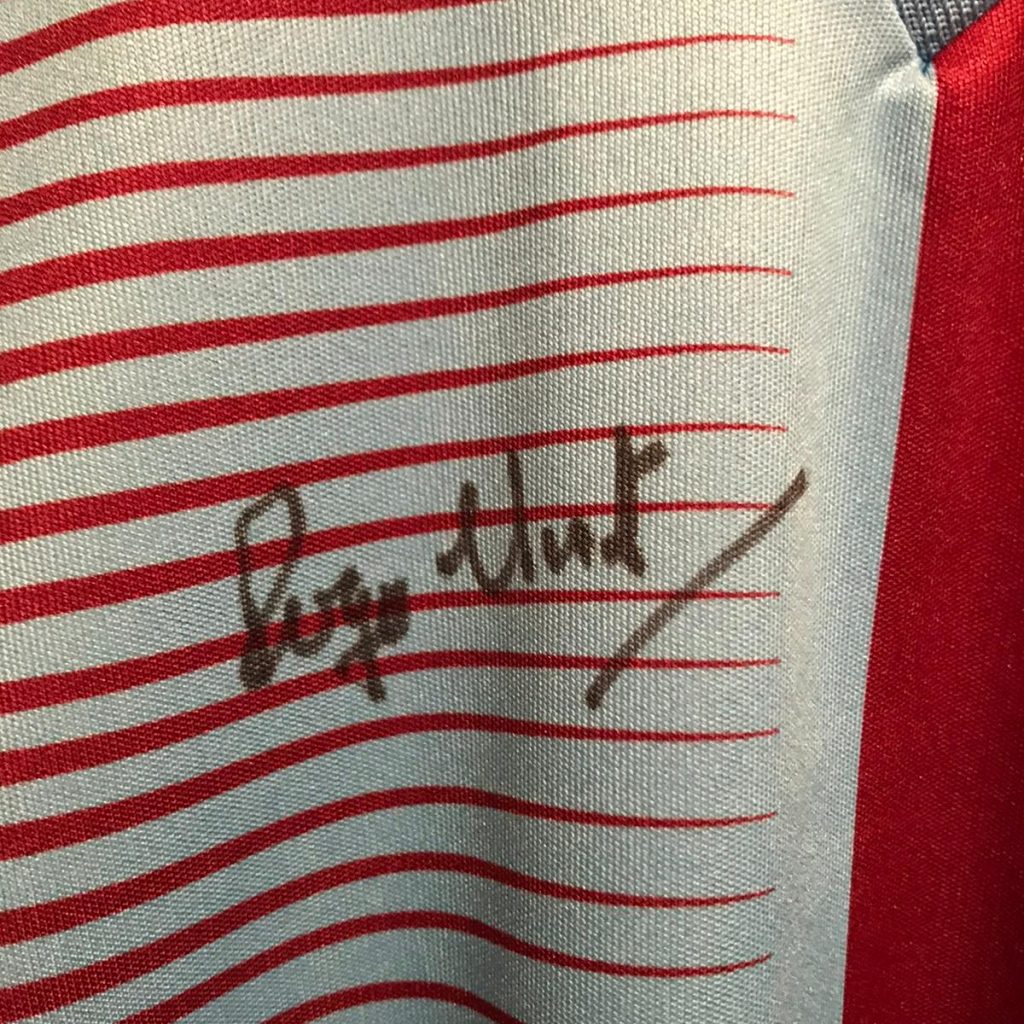 Chairman Toby Macormac said: “We are delighted to commemorate the 70th anniversary season of the club with these limited edition shirts, and we are having conversations about whether to wear them as a one-off in a league game later in the season.

“As the club attempts to reach highs it has never seen before, it is important to remember the officials, players and fans that have supported the many ups and downs experienced in 70 years.

“We are fortunate that in the past five years, we have experienced many fantastic highs that will stand out in the club’s history for years to come.

“We encourage fans, especially from yesteryear, to share any memories and memorabilia they have with the club so that they can be documented and create an even better picture of the Yellows’ past.”

Former striker Hunt played for the then Stockton Heath side before making his name at Liverpool, where he would win three league titles and the FA Cup in more than 400 appearances.

Recent years has seen the club rise to its highest ever league position, having won the Northern Premier League First Division North in 2016, and then recording back-to-back third placed finishes in the Northern Premier League Premier Division, including winning last season’s play-off title, before being cruelly denied promotion in the only year of the fabled “super” play-off.

It’s most famous day came on Friday November 7 2014, when in its first ever appearance in the FA Cup first round proper, the Yellows defeated Football League Two side Exeter City 1-0. Craig Robinson’s header was the only goal in what was the first live FA Cup game televised back on the BBC following seven years away, in front of a sell-out crowd at Cantilever Park, its home since 1956. 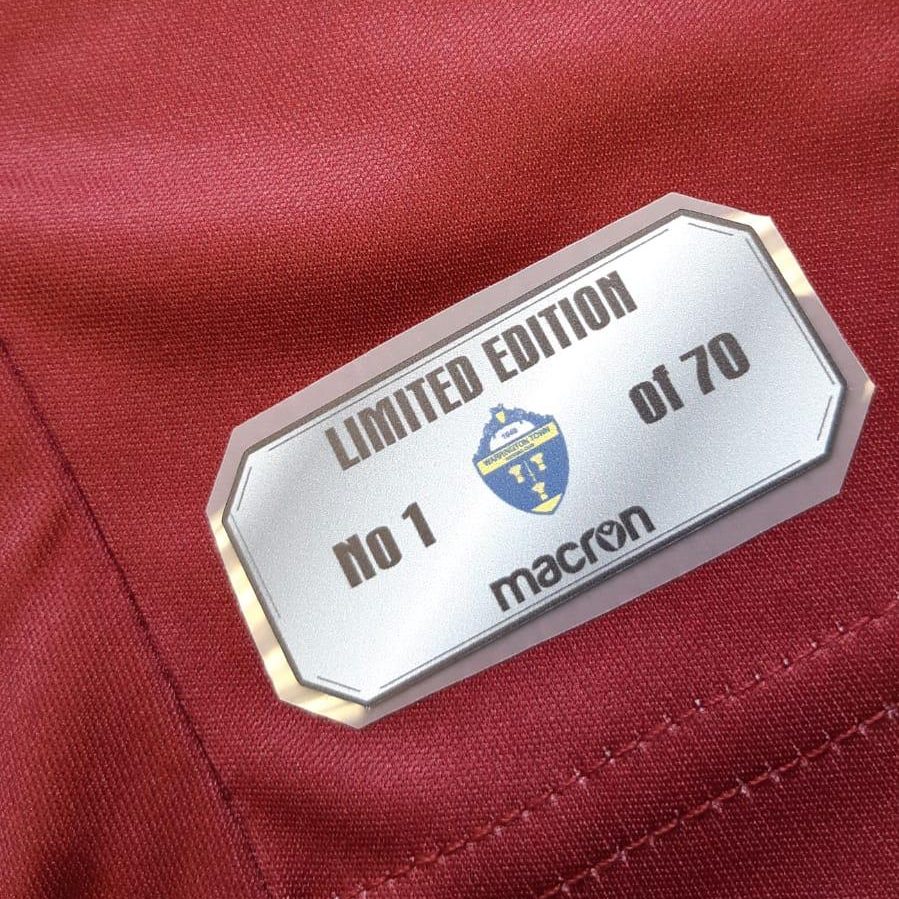 Just 70 of the shirts have been produced and are now available to purchase from the club website and the club shop on match days.

Any fans with old shirts, photos, programmes or other souvenirs that they would be happy to loan briefly to the club to be photographed and analysed for information, can email media@warringtontownfc.co.uk