With Jordan Buckley and Josh Amis both sidelined with minor niggles, the pair started together up front.

And although the game ended in a goalless draw, their threat didn’t go unnoticed.

“The movement of the front two was good, they were a threat all night,” he said. “I thought it was a good game. As the game wore on, we got stronger and stronger.

“If we’re being critical, we need to be more ruthless in the final third. We’ve had opportunities where we’re not making the right pass or right decision in the final third, but it’s pre-season and that stuff will come out the more we play.

“If we weren’t getting chances I’d be worried, but the fact is we’re getting a lot of chances and I’m asking them to be ruthless. We’ll put pressure on them because they want to score goals and I’m sure they will, because at times they were unplayable. 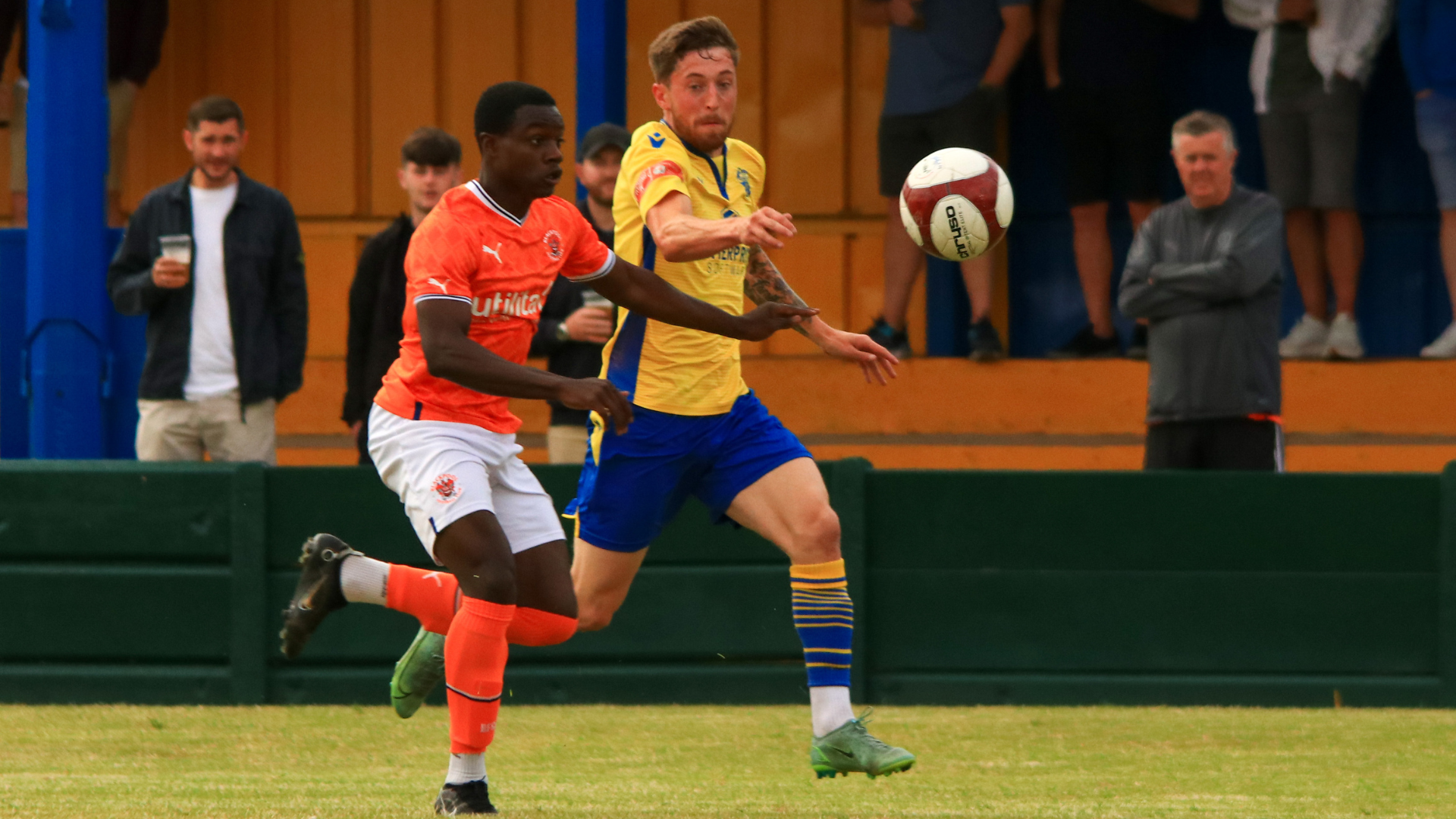 “You ask the lads to come in ready for pre-season and the ones playing the best will get the shirt. If Isaac keeps doing what he’s doing, you can’t leave him out of the team.”

Beesley is still looking to strengthen his squad ahead of the season opener against Morpeth Town on August 13.

An agreement has been reached with a defender from a Football League club in a loan deal that should be announced next week.

He added: “Ideally we want to add a left-sided centre half as well. We’re still looking, we’ve still got three-and-a-half weeks.

“Definitely one, maybe two and hopefully that’ll come up.”

Matty McDonald was due to play in the position against Blackpool, but was a late withdrawal due to Covid-19

Mitch Duggan played there instead, though he will miss the first nine games of the season through suspension.

The Yellows are next in action on Saturday, when Paul Carden returns to Cantilever Park with his AFC Telford side for a 2:00pm kick-off.