The ‘keeper denied Elliot Rokka from the spot midway through the second half when the game was poised at 1-0, before Josh Amis bagged a crucial second.

The Yellows had led through an own goal shortly after the break as they made it three wins from three to start the Northern Premier League season.

New left-back Matthew Taylor was handed a start after making his debut off the bench on Saturday, while Jack Mackreth returned to the starting line-up against a Colls side that had three former Yellows in their ranks.

Despite not being a dirty game, the referee dished out yellow cards at regular intervals throughout, including a more than deserved one for Vinny Bailey, who pulled down a marauding Bohan Dixon in the centre circle.

James Baillie’s goalline clearance and a good block by Mark Roberts kept the score goalless at half time and within five minutes of the restart, the Yellows had taken the lead.

Superb work by Scott Brown down the right saw his cross headed against the bar by Matty Regan, with the rebound bundled home by a combination of Mark Roberts and Colls defender Clive Smith.

Colls were gifted a way back in to the match on the hour mark when Jordan Darr was judged to have been brought down in the box, and up stepped Rokka, only for Albinson to get down low to his left and not only save the penalty, but hold the ball too. 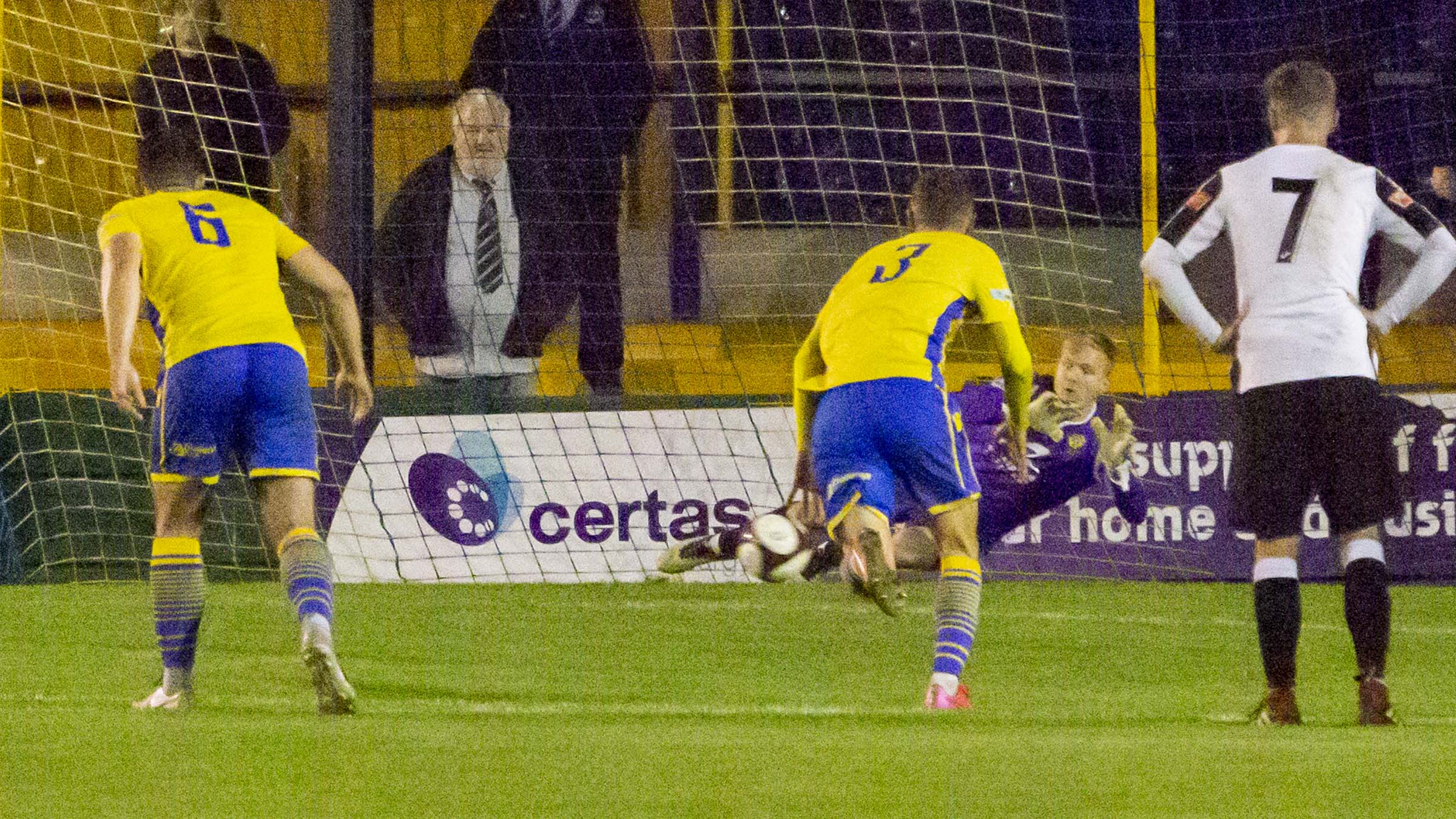 The Yellows made the most of that let off seven minutes later when a clever short corner move between Dunn and Mackreth, saw the latter clip a ball to the back post for Dixon, whose goalbound shot was bundled home from inches out by Amis.

The visitors never looked like having enough to overturn a two-goal deficit and so it proved. The Yellows are next in action at home to Whitby Town on Saturday.