WARRINGTON Town made it two wins from two to sit top of the Northern Premier League with a 3-0 win over Gainsborough Trinity.

Two goalkeeper errors proved costly for the visitors, gifting first half goals to Bohan Dixon and Josh Amis to give the Yellows control.

Dixon added a penalty after the break while Charlie Albinson kept a third successive clean sheet in goal behind another fine defensive performance by Mark Roberts and Matt Regan.

The result probably didn’t tell the story of the match, as a patched up Gainsborough side offered threat through front three Reco Fyfe, Rod Orlando-Young and Luke Lofts.

But whatever they threw at the Yellows was deal with by impressive skipper Roberts and Regan, and Albinson’s biggest job was a double save late on when the game was long settled.

After the Holy Blues’ encouraging start, the opening goal came out of nothing as ‘keeper Tom Jackson waited at the edge of his box for a punt forward, only for his hesitation to allow Dixon to nip in and side foot in to the empty net.

At the other end, a crucial toe by Roberts denied Fyfe before Jackson’s second calamity, as he spilled James Baillie’s cross at the feet of Amis for the simplest of tap-ins. 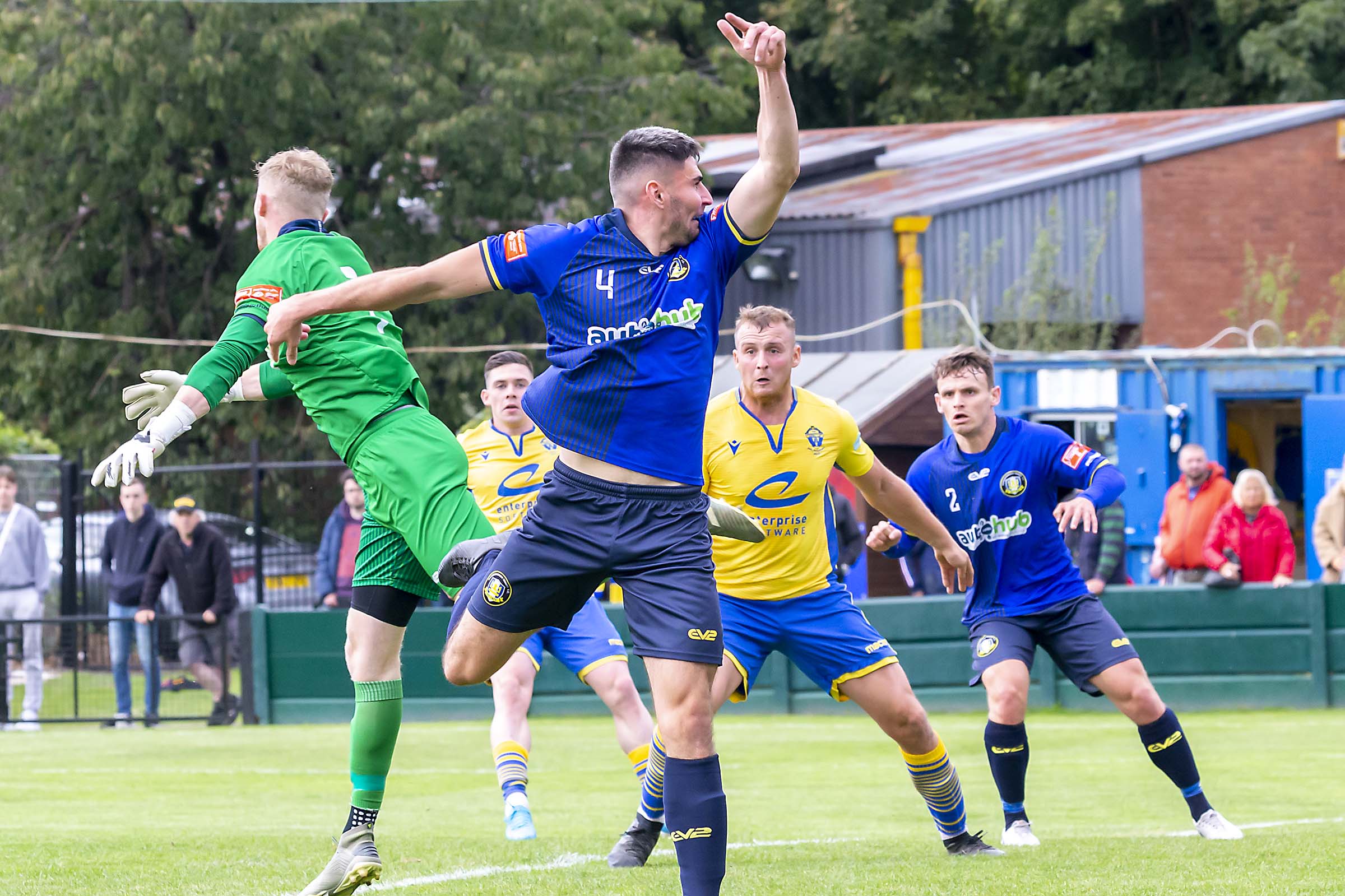 Jackson was shaky and he couldn’t hold a Baillie shot on the stroke of half-time that nearly enabled Amis to nip in again, and then after the restart, he was caught in no man’s land and was nearly lobbed by Luke Duffy’s audacious effort.

Gainsborough went close to pulling a goal back five minutes in to the second half, as Regan diverted a through ball against his own post and for the middle period of the second half, it was a backs against the wall effort from the hosts.

But the game was settled on 66 minutes, when Amis took in Jack Dunn’s long throw, went down under the challenge of James Williamson, and Dixon sent the ‘keeper the wrong way from the spot.