CHARLIE Albinson was the hero as Warrington Town beat Lancaster City on penalties in the FA Trophy.

Niall Cowperthwaite’s injury-time equaliser forced the shoot-out after Jordan Buckley’s first half strike had given the Yellows the lead.

Lancaster missed their first spot-kick but had the chance to win it with their fifth, only for substitute Edward Ikpakwu to fire over the bar, and after Mark Roberts successfully converted his, Albinson saved from Cowperthwaite to secure the win.

The two sides met for a second successive Saturday, with the Dolly Blues winning 2-1 in the league at The Giant Axe last weekend.

The learnings from that match prompted three changes to the Yellows line-up, with Jordan Buckley and Jack Mackreth starting up front in a more traditional 4-4-2 system in a bid to find space in the channels behind the Lancaster wing-backs.

Neither side got a grip of the game in the opening quarter of an hour, and for long parts of the first half, the ball was in the air pinging around between the two defensive lines. 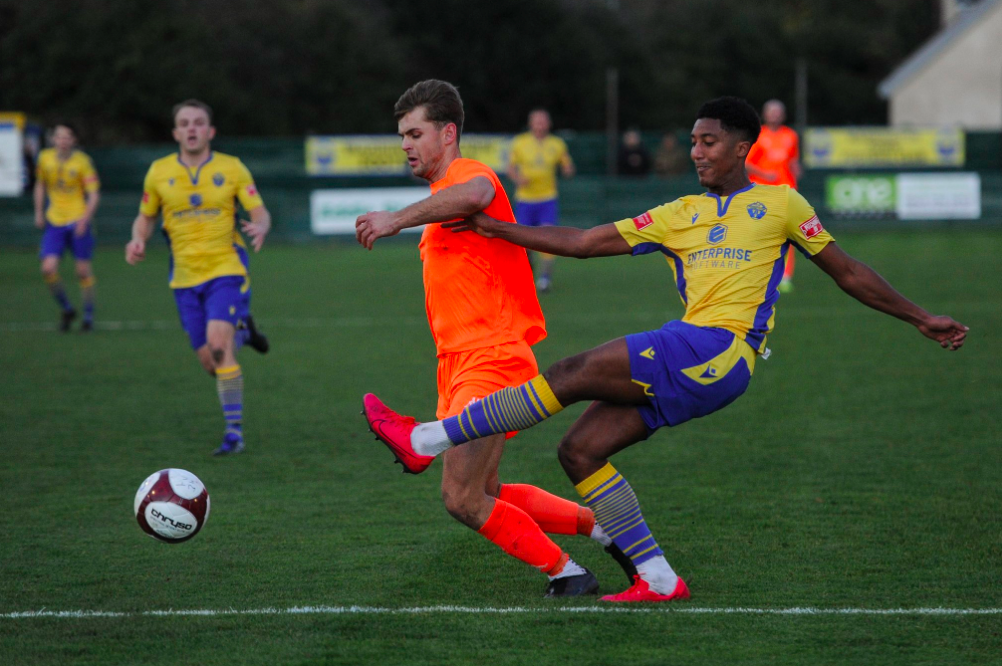 Two Sam Bailey corners created half chances for Lancaster, before Mackreth shot over the bar on the turn after Buckley’s nod down.

The Yellows took the lead on 27 minutes after a short spell of pressure, Jack Dunn’s through ball releasing Buckley behind Cowperthwaite, and he lashed a shot in to the top corner past Sam Ashton, and they took that one goal advantage in to the second half.

Referee Darren Strain went card happy in the second half, starting with a double booking for Simon Wills and Mitch Duggan following a coming together six minutes after the restart.

He would dish out nine cards in all, including a second yellow card for Lancaster substitute Paul Dawson, sent off in injury time.

Prior to Dawson’s introduction, Lancaster hit the bar through David Norris, his flick deflected on to the woodwork from Charlie Bailey’s corner.

The only other clear chance they had came seven minutes from time, when Dawson’s corner came back off the post as far as Bailey, whose drive was parried away by Albinson.

Just as it looked like the Yellows had done enough, they conceded in injury time in controversial circumstances – Impakwu looked offside as he gathered a loose ball in the box, laying it back for Cowperthwaite to side-foot home, but there was no flag, much to the frustration of the Yellows defenders.

There was still time for Dawson to see red for a foul on Michael Rose, before penalties beckoned.

Mitch Duggan got the shootout underway with a successful penalty, before Matthew Blinkhorn hammered his over to give the Yellows the advantage.

The next five spotkicks were converted until Craig Carney and Josh Amis were denied with successive spotkicks by Ashton, giving Impakwu the chance to win it.

He crashed his effort in to the stand behind the goal, and when skipper Roberts had too much power to beat Ashton, that set things up for Albinson to be the hero, parrying away Cowperthwaite’s kick to his right. 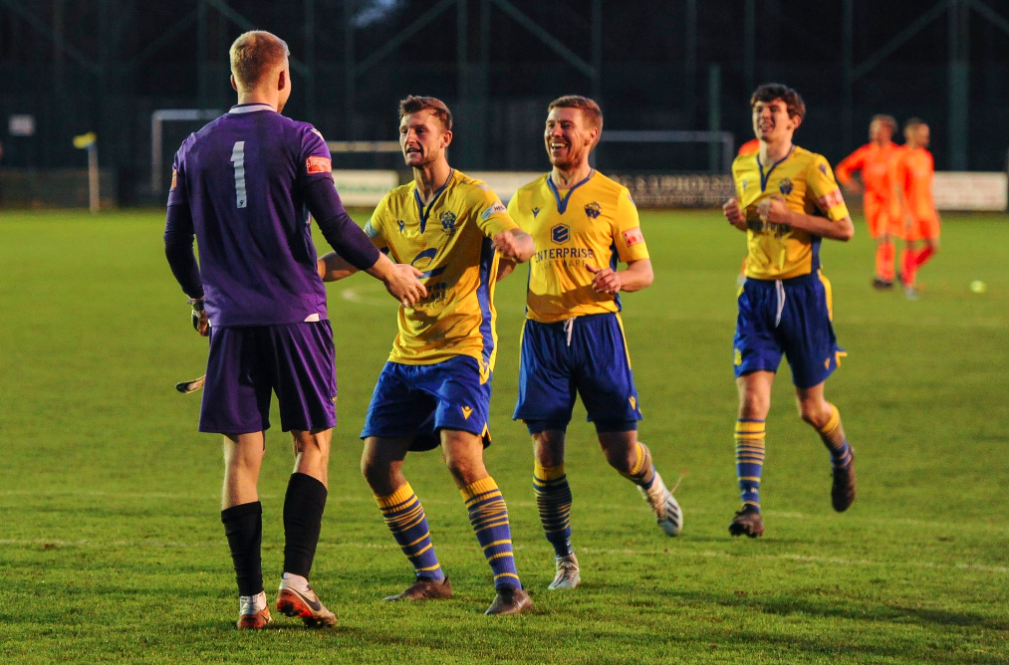