Warrington Town came from behind to beat Matlock Town 2-1 on Tuesday night.

Two goals in as many second half minutes from Ben Garrity and Jack Mackreth turned things around after the Yellows had trailed at the break to an unfortunate Dave Raven own goal.

If the first half had been a competitive and even affair, the Yellows found an extra gear when required after the break and if anything, could have won by more.

Out to protect the only unbeaten away record in the division, the Yellows handed a start to Shaun Beeley, but were without the suspended Steve Jennings, who started his three-match ban following a red card against Lancaster and Bohan Dixon, unavailable due to work commitments.

Matlock made a lively start, the pacey Dan Bramall making inroads in the very first minute, setting it up for Luke Hinsley to wrap his foot around a vicious shot that whistled wide.

The hosts had the better of the early exchanges and forced four corners in the opening 15 minutes, before the Yellows started to get in to the game.

Jack Mackreth was looking a useful outlet on the right, but it was from the left that the Yellows thought they had opened the scoring, Dylan Vassallo taking on Tom Warren’s header to play the ball across for Tony Gray to tap in, only for the linesman’s flag on the far side to raise for a marginal offside.

Gray and Vassallo had a couple of sniffs at goal without creating anything clear cut as the Yellows huffed and puffed in the final third, with Matlock restricted to hitting them on the break, Sam Scrivens hitting a deflected shot over after a Beeley slip.

Matlock would take the lead in fortuitous circumstances five minutes before the break, a deep free kick from Luke Dean spooning off the back of David Raven’s head and proving too much for an advancing Tony McMillan to keep out with his outstretched left hand.

The Yellows made a tactical switch at the break, Beeley shifting in to central midfield for Mitch Duggan, and Beeley set the passage of play moving for the equaliser. It looked like he may be dispossessed in the centre circle, but he retained possession, spread the ball right and a clever chip from Gray across the goalkeeper was tapped in at the back post by Ben Garrity.

Within a minute, the Yellows were gifted the opportunity for a second goal as Gray snuck in behind an unsuspecting Dwayne Wiley, who brought him down for a penalty, and Mackreth stepped up to bury the penalty past Jon Stewart.

Stewart would be at his best to stop the Yellows doubling their advantage, stretching to keep out Gray’s header and then doing similar to deny an unmarked Garrity in the 70th minute.

Though Matlock did enjoy time in the final third, they couldn’t get a clear cut opening, and they started to open up at the back, with substitute Alex Byrne twice having good opportunities snuffed out.

It was the final minute before Matlock tested McMillan, who had to scramble across his line to keep out Hinsley’s miscued shot, and he also did well to get his body behind Dan Bramall’s shot from the edge of the box.

A second away win in four days moves the Yellows up to fourth in the table, with a game in hand on those above them, ahead of the visit of Stalybridge Celtic on Saturday. 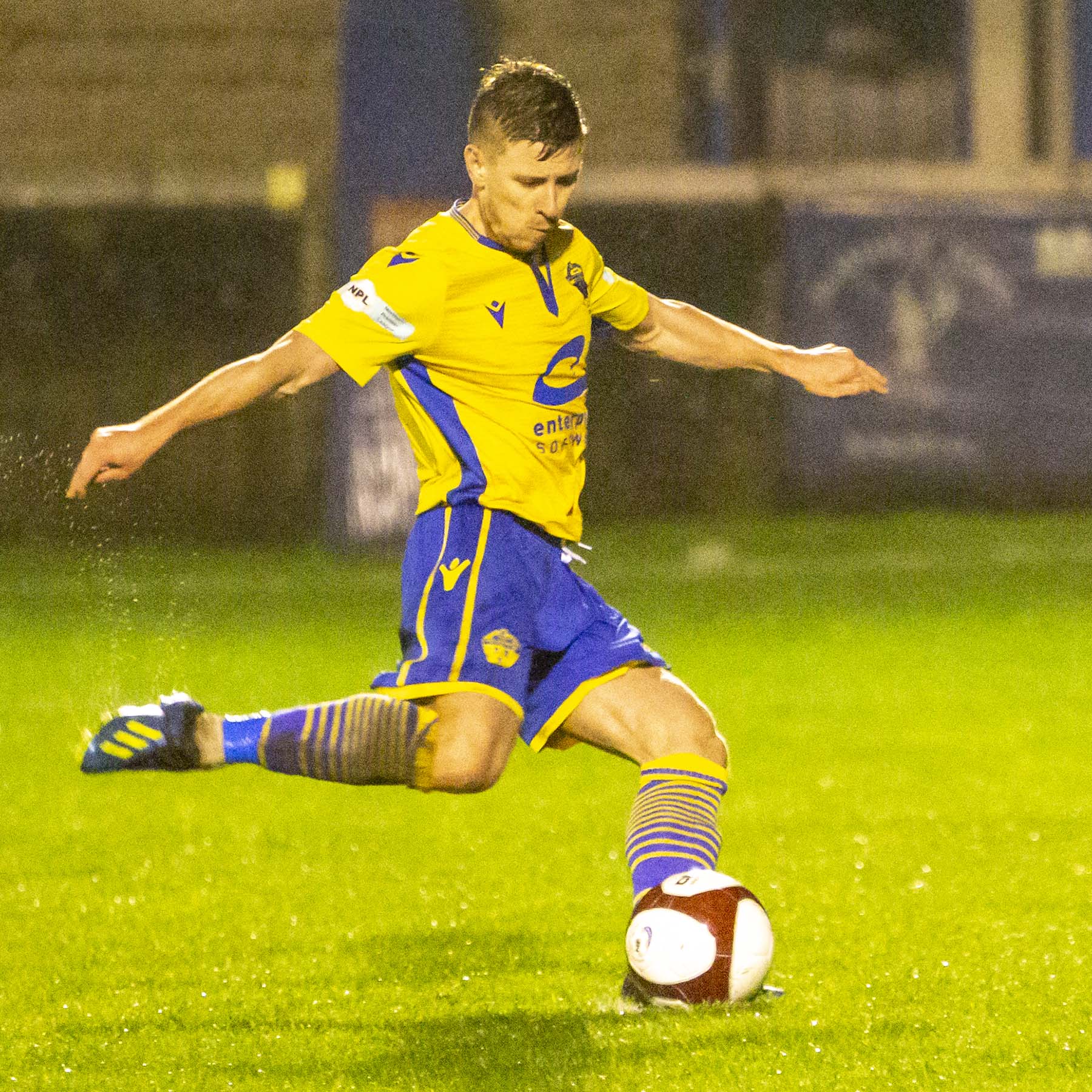