Warrington head into tonight’s fixture following a 4-4 draw away to FC United of Manchester over the weekend.

Jordan Buckley had scored twice against his former club as the Yellows fought from two goals down to lead twice against the third placed Reds, and it looked like Mark Roberts’ goal on 71 minutes might have won it but for the most heartbreaking of endings. Curtis Jones slotting home in injury time for a 4-4 result in front of a crowd of 2,088.

Ashton United currently sit 18th in the league table, and have lost just once in their last five league games, with two wins and as many draws.

They recently drew 1-1 with Whitby Town, with Billy Sass Davies scoring the equaliser late into the second half. 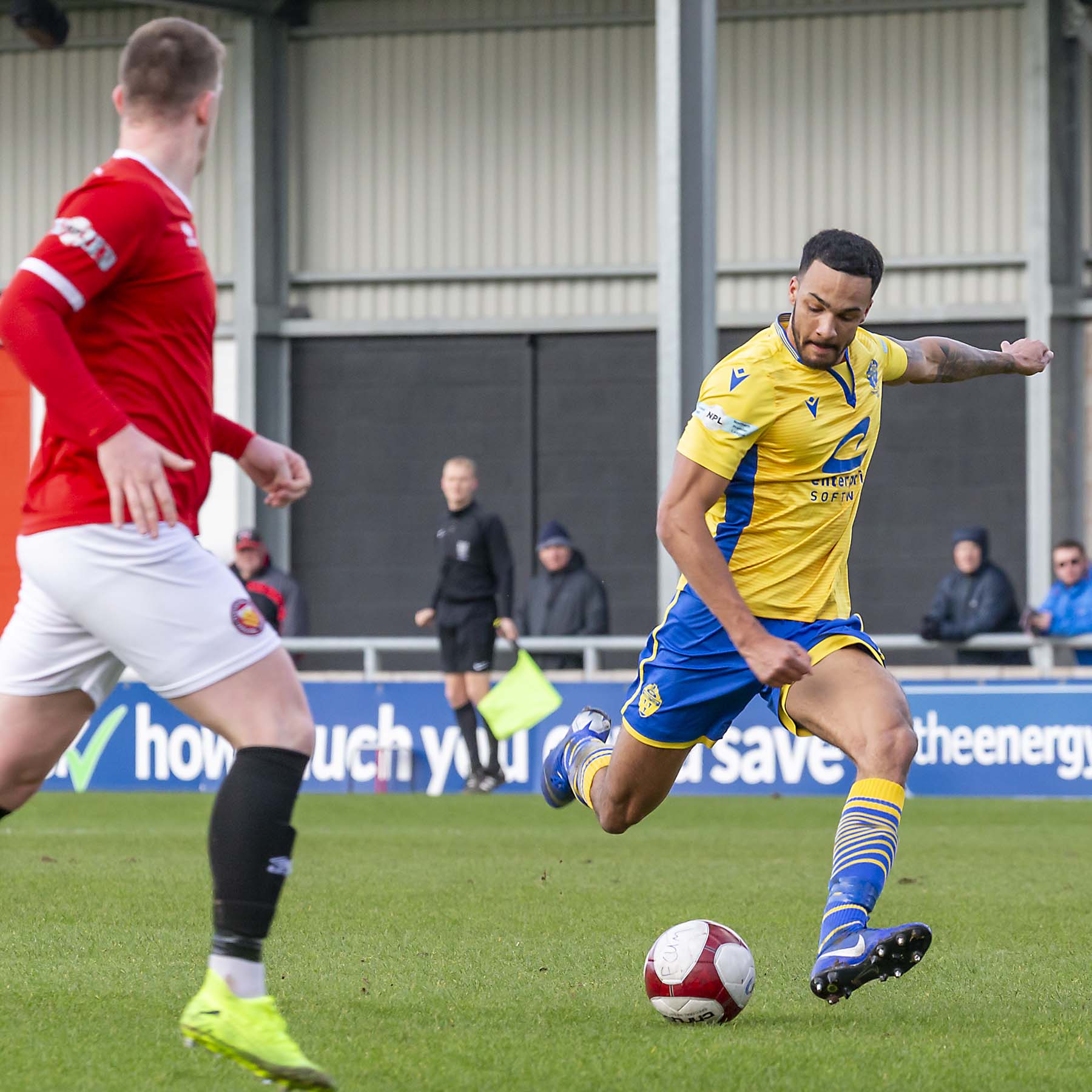 The sides are yet to meet in the league, however Ashton United progressed in the FA Trophy with a 1-0 win over Warrington at Cantilever Park. Sam Sheridan scoring the decisive goal on the day.

In the league, the last time the sides met was in the 2017/18 season, with Ashton United claiming both wins.

In the same season, Warrington claimed a 4-2 win on penalties in the second round qualifying replay in the FA Trophy.

This year’s reverse fixture is set for April 25.