It’s a quick turnover as the Yellows go on the road to face Buxton in the Northern Premier League Division.

There is a possible pitch inspection ahead of today’s game at 4:00pm from Buxton. Keep an eye on our social media platforms for updates.

Bohan Dixon came off the bench to score a late winner as Warrington Town beat Whitby Town 2-1 over the weekend.

It looked like the Yellows were heading for a draw at Cantilever Park, but a stunning late goal from Dixon secured the three points to remain in the play-offs.

Paul Carden’s side are now unbeaten in the last seven in all competitions.

Buxton currently sit in the relegation zone in 21st position, and recently drew 2-2 with high-flying FC United of Manchester at the Silverlands Stadium.

Their last victory came against Mickleover Sports earlier in January, with Alex Brown and Ryan Jennings scoring a brace for a 3-2 result. 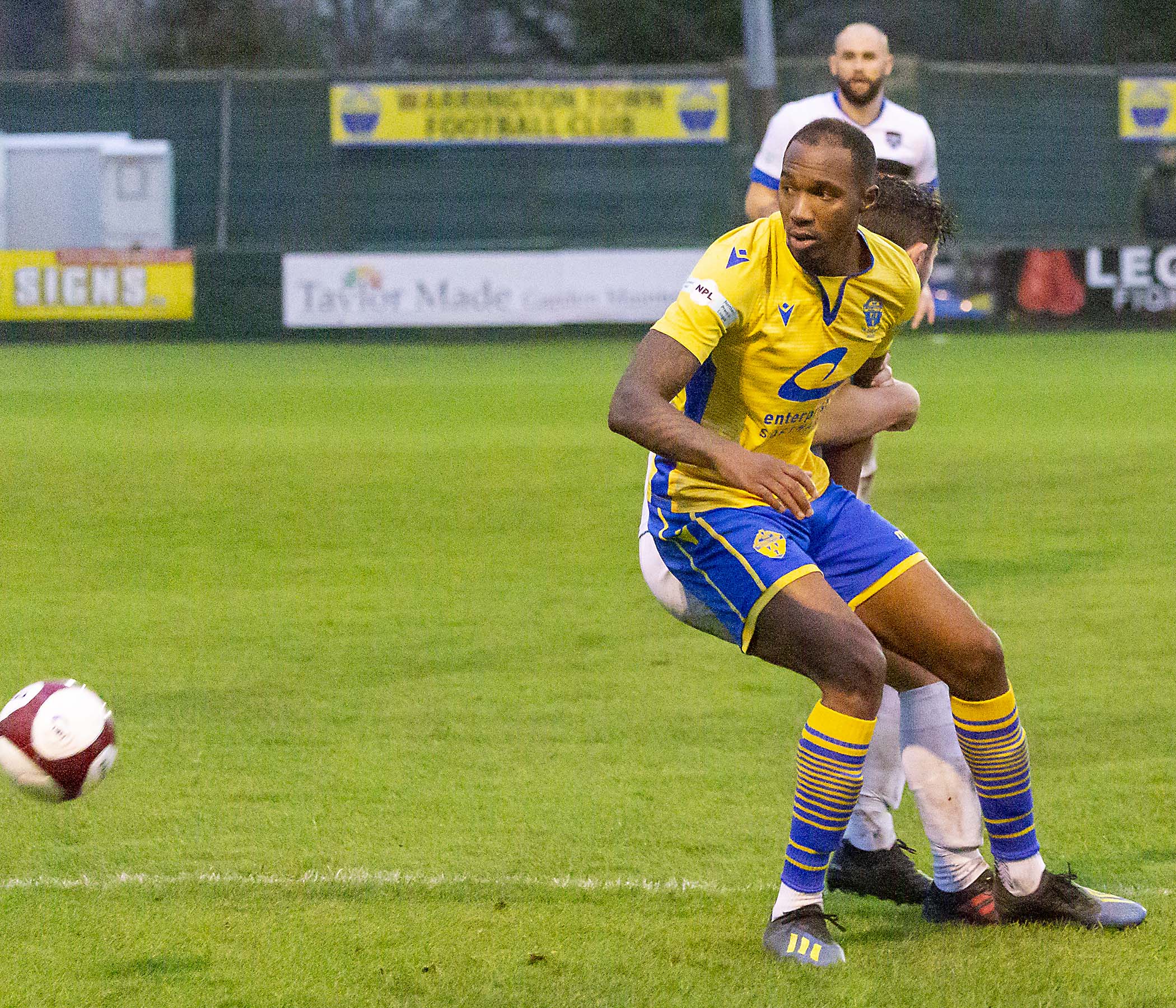 On this day three years ago, a dramatic late comeback earned 10-man Warrington Town a point in a 3-3 draw at Buxton.

Michael Monaghan made his debut with a dream start, scoring from a rebound to give the Yellows a 1-0 lead.

But two goals on either side of half time gave Buxton the lead before Lewis Codling was shown a red card in the 52nd minute.

A missed penalty towards the end of the game looked to end any hopes of a unlikely comeback, but a second penalty slotted home by Monaghan made it a tense finish.

After Buxton had almost made sure of the points through substitute Brad Grayson, the Yellows earned their last shot at a point when a free-kick was awarded 20 yards from goal, just on the right edge of the box.

Up-stepped Dylan Vassallo, who hit a perfectly-struck left-footed free-kick that found the bottom corner and complete the comeback.