Debutant Bobby Jones stole the show in the goal against Scarborough Athletic, keeping a clean sheet while goals from Josh Amis and Jack Mackreth helped the Yellows to a 2-0 win over play-off chasing rivals at Cantilever Park last weekend.

The side travelled to Buxton midweek, with a goal from debutant Olufisayo Adarabioyo giving Warrington a 1-0 lead before the game was abandoned just half an hour in due to the heavy snowfall, with a new date to be arranged.

Paul Carden’s side are just one point away from a play-off spot.

FC United recently moved up to third in the league table with a midweek 1-0 win over Nantwich Town, while Neil Reynolds’ side recently enjoyed a 14-game unbeaten run in the league which was eventually ended by Bamber Bridge. 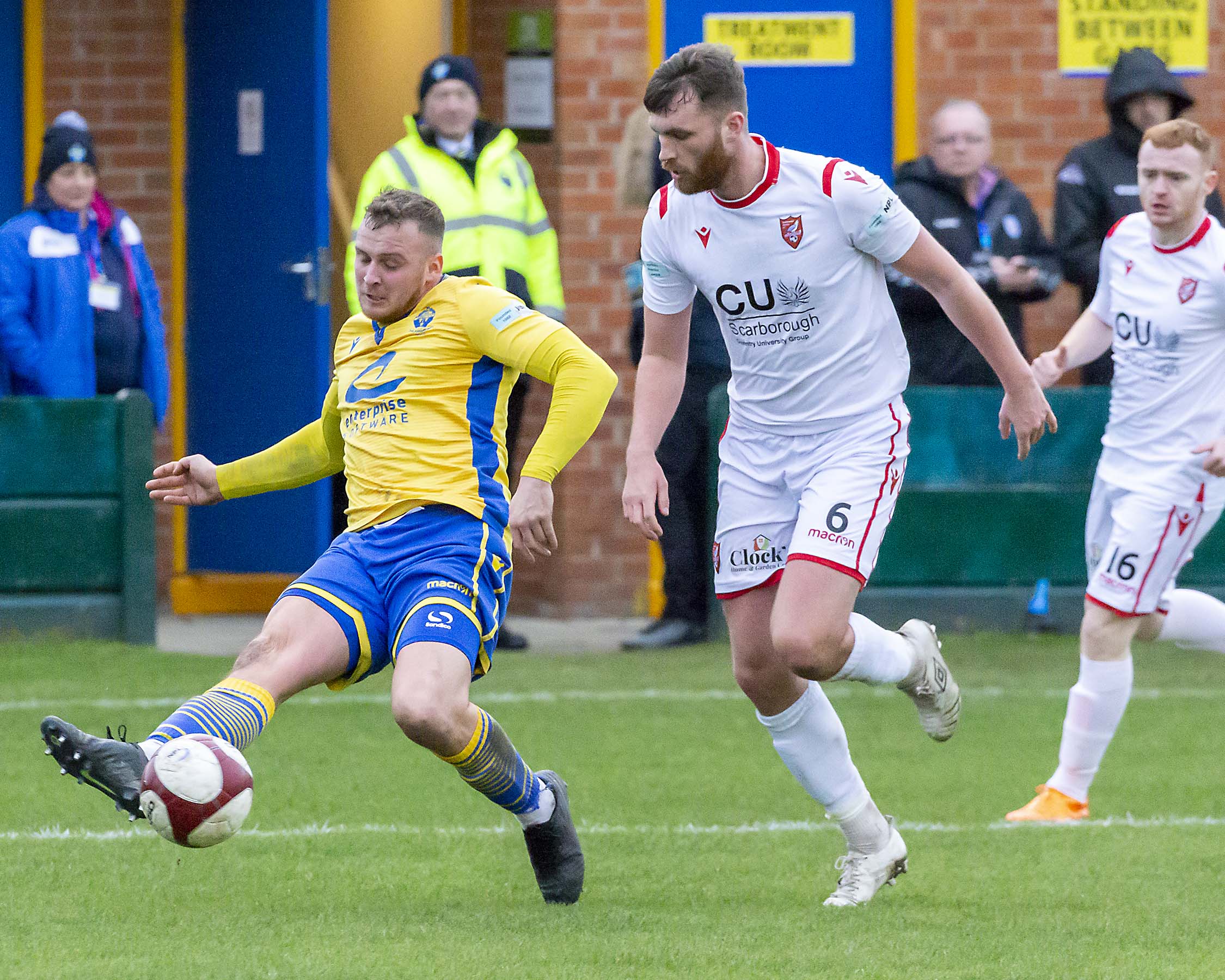 The sides have already met twice this season, once in the FA Cup and in the league reverse fixture at Cantilever Park.

In the Cup, Warrington progressed to the third qualifying round with a 2-1 victory over FC United, with skipper Mark Roberts scoring the winner 20 minutes from time, while Mitch Duggan’s wonder strike cancelled out Regan Linney’s opener.

The sides then met three days later in the league, and the Red Rebels got their revenge with a 1-0 win thanks to a goal from now-Warrington attacker Jordan Buckley.

Keep an eye on social media for updates on the day.