Warrington Town are back at Cantilever Park this Saturday to take on Stafford Rangers in the BetVictor Premier Division.

The Yellows head into the fixture with confidence following an impressive 4-1 victory over Hyde United at Cantilever Park last weekend.

Tony Gray bagged a brace, whilst Bohan Dixon and Ben Garrity also scored for Paul Carden’s side in front of a crowd of 385.

Garrity has now scored seven goals so far this season, making him the top scorer in the team.

The side sit fourth in the Premier Division table, whilst Stafford sit at the foot of the table.

Stafford Rangers head into the fixture following a 2-0 defeat away to Bamber Bridge, and will be hoping for a change in results with the recent signings of Brad Grayson, Will McGuddie and Shakeel Jones Griffiths.

Grayson joins from Buxton, making the move permanent after spending loan with the side scoring five goals in six appearances, whilst McGuffie joins on loan from Wigan. 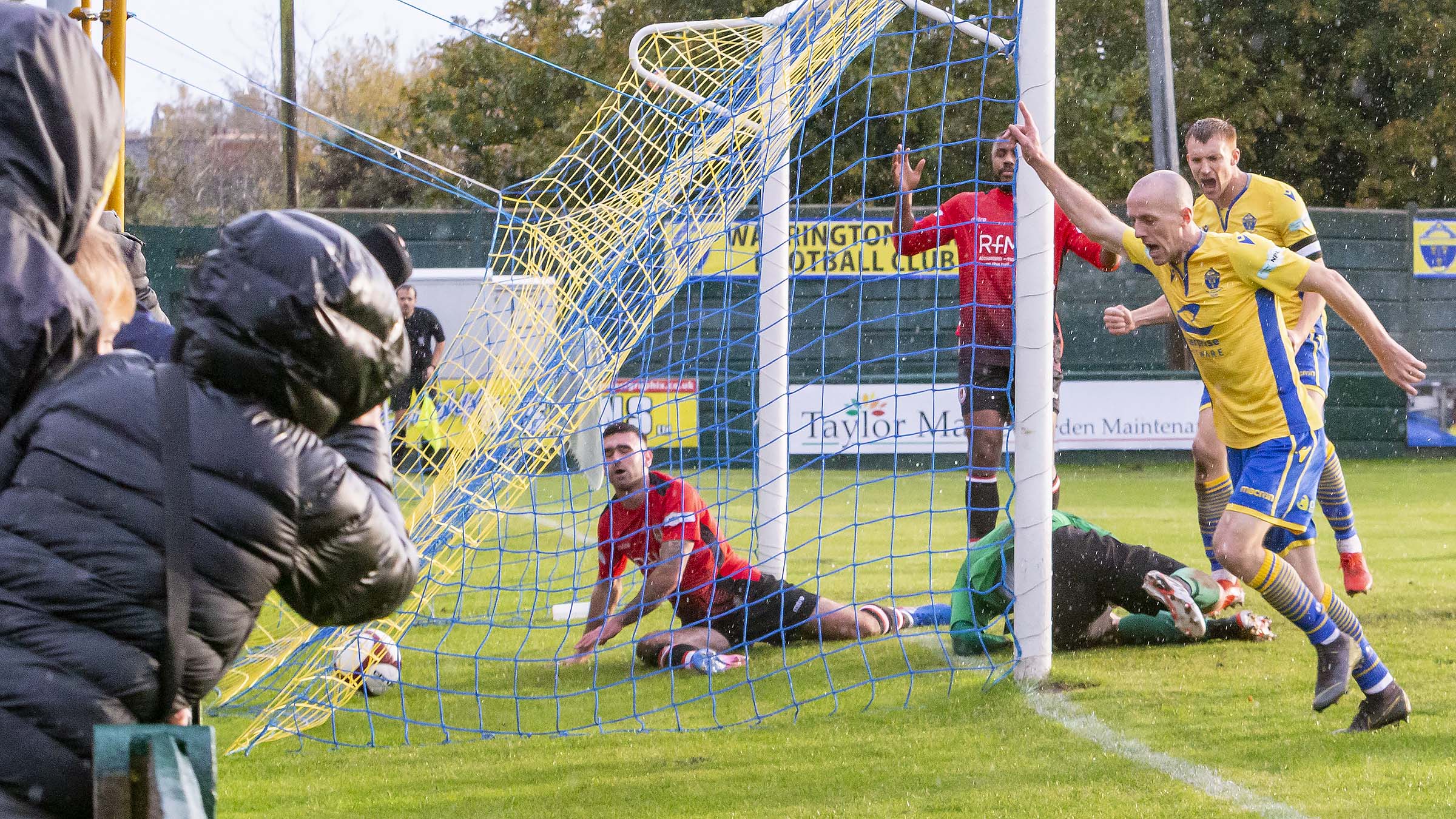 The sides last met during the 2018/19 season, with a share of the spoils after a 1-1 result in March. Jack Dunn the goalscorer on the day for the Yellows, whilst Andrai Jones scored from close range in the 45th minute from Andy Haworth’s corner for Boro.

The sides met just a few weeks later, resulting in a 3-2 away win for Stafford Rangers at Cantilever Park. Ben Garrity was shown two yellow cards inside 12 minutes, whilst Bohan Dixon and Marcus Cusani scored for Warrington.

Following the 4-1 win, talking about the team’s confidence Carden said: “It always helps scoring more goals, taking more chances, making things happen and keeping it tight. It’s important that we’re performing that way and not just getting a win.

“We want to make what everyone says is a fortress in Cantilever Park. It’s important we do that. It’ll be a tough test this weekend. Stafford, in spite of their position, are a strong outfit. They have good experience, experienced management and like I say all the time there’s never an easy game unless you’re on it.

“Training was good and everyone looked fit and healthy. Apart from the long-term injuries that we’ve already got, I expect everyone to be available. It’s good that people are finally starting to come back.”

Dixon scored his second goal of the season against the Tigers, and Carden added: “We know Bohan’s ability and we know he can score goals and he should score more than he does.

“The challenge for Bohan now is to crack on and get more goals. He’s got ability that never surprises me but shocks other people. He’s athletic, he’s strong and a good size and combine that with his talent, when he’s on it he’s a force to be reckoned with.

Commenting on Gray’s brace, he added: “Tony Gray getting goals is a boost for him as he hasn’t scored for a while. We need everyone else to follow on the same page and keep trying to get on the scoresheet and not be reliant on any individual and make sure that we’re all contributing.”

Dylan Vassallo will receive an injury update on Monday following a scan.

Tickets can be purchased online by clicking HERE.

They will also be available at the turnstile tomorrow at Cantilever Park.