Warrington Town are in league action this weekend as they make the journey to the seaside in Yorkshire to face Whitby Town.

Paul Carden’s side head into the fixture following a 2-2 draw with Lancaster City at Cantilever Park in the BetVictor NPL Premier Division.

Robert Wilson’s equaliser two minutes from time rescued a late point for the Dolly Blues, as both teams ended the game with ten men.

Warrington’s Steve Jennings was shown a red in the first half, and Simon Wills was dismissed for the visitors in the second.

Despite being numerically disadvantaged for the majority of the game, the Yellows took a 2-1 lead until the late goal from Wilson.

David Raven headed home his second goal of the season, whilst Ben Garrity also scored from a Jack Mackreth cross to go joint-top goal scorer for the Yellows alongside Matthew Chadwick.

The Seasiders head into the fixture on 19 points in the league, and recently defeated National League North side Gloucester City 3-1 in the FA Cup Third Qualifying Round. 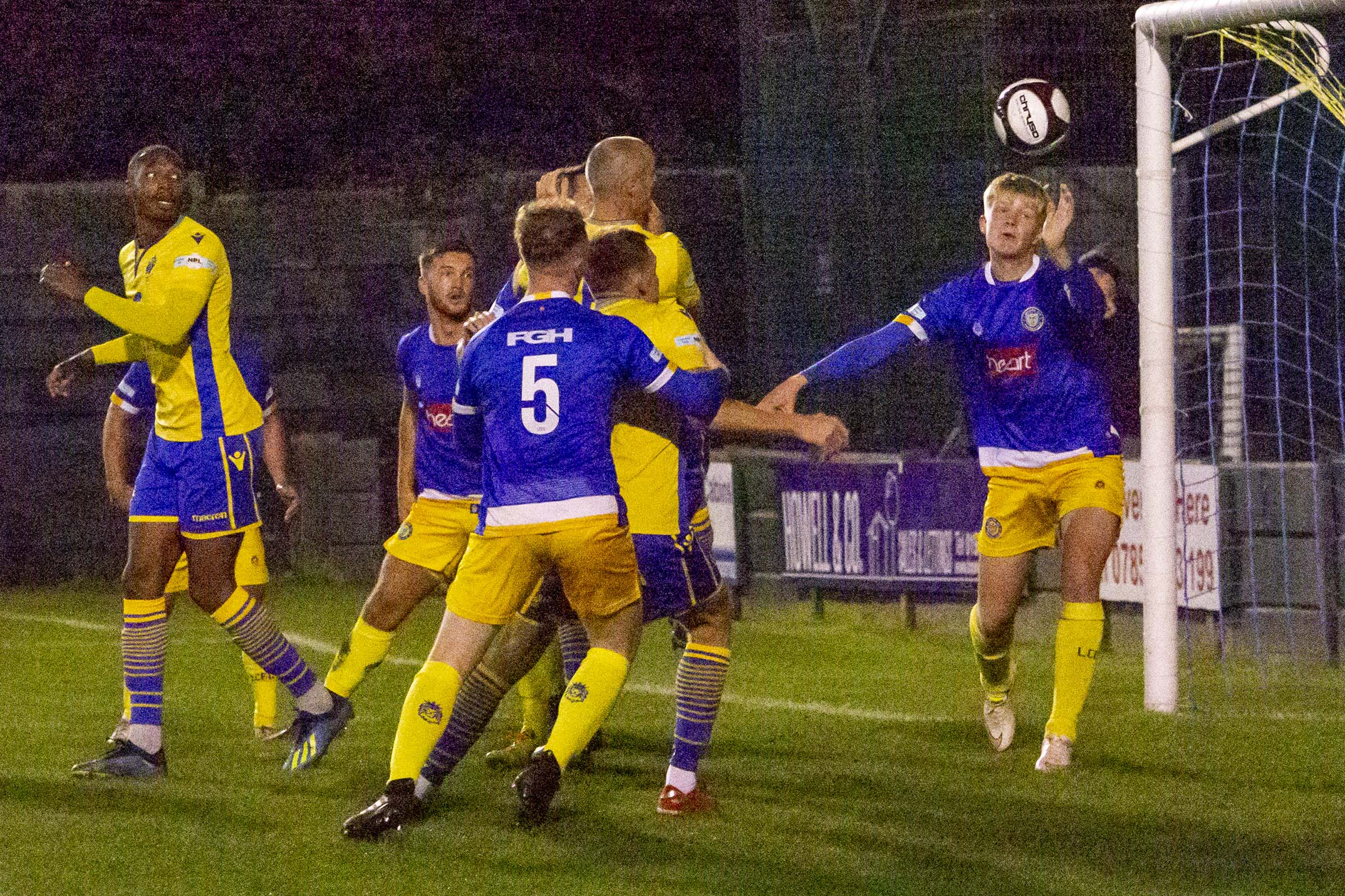 At Turnbull Ground, Jack Mackreth scored the winning goal and at Cantilever Park it was Marcus Cusani who helped the Yellows to victory.

Ahead of the fixture, Carden said: “It’s a really good chance for the team this weekend in terms of the league. It’s going to be a difficult fixture against a side that’s had a great start to the season and a fantastic result mid-week.

“We’ve had a bit of a wobble but Tuesday was very good, especially going down to 10 men so early in the game.

“Training Thursday was especially good. It was sharp and intense and good to watch. When the players train together, the ability is really good.

“It’s always a busy start to the season, something you expect. It’s a challenge and it does test you, which we’ve seen with a few injuries.

“It’s really tight in the league and it doesn’t surprise me as there’s a lot of quality.

“South Shields are flying at the top – they are geared to go places with the structure of the club and the fans they get through the gates. They train four times a week and they’re doing what they should be. Full credit as despite all that, it’s not a given and they’ve worked hard to be up there.”

There are no returns expected this weekend.