Josh Amis opened up his account for the season as Warrington Town brushed past Atherton Collieries 2-0.

The striker pounced on the rebound after Matt Regan’s shot was pushed away by the ‘keeper to double the Yellows’ advantage on the stroke of half-time.

Regan had earlier opened the scoring with a header at the back post from a Luke Duffy corner as the hosts made it successive 2-0 wins at home. 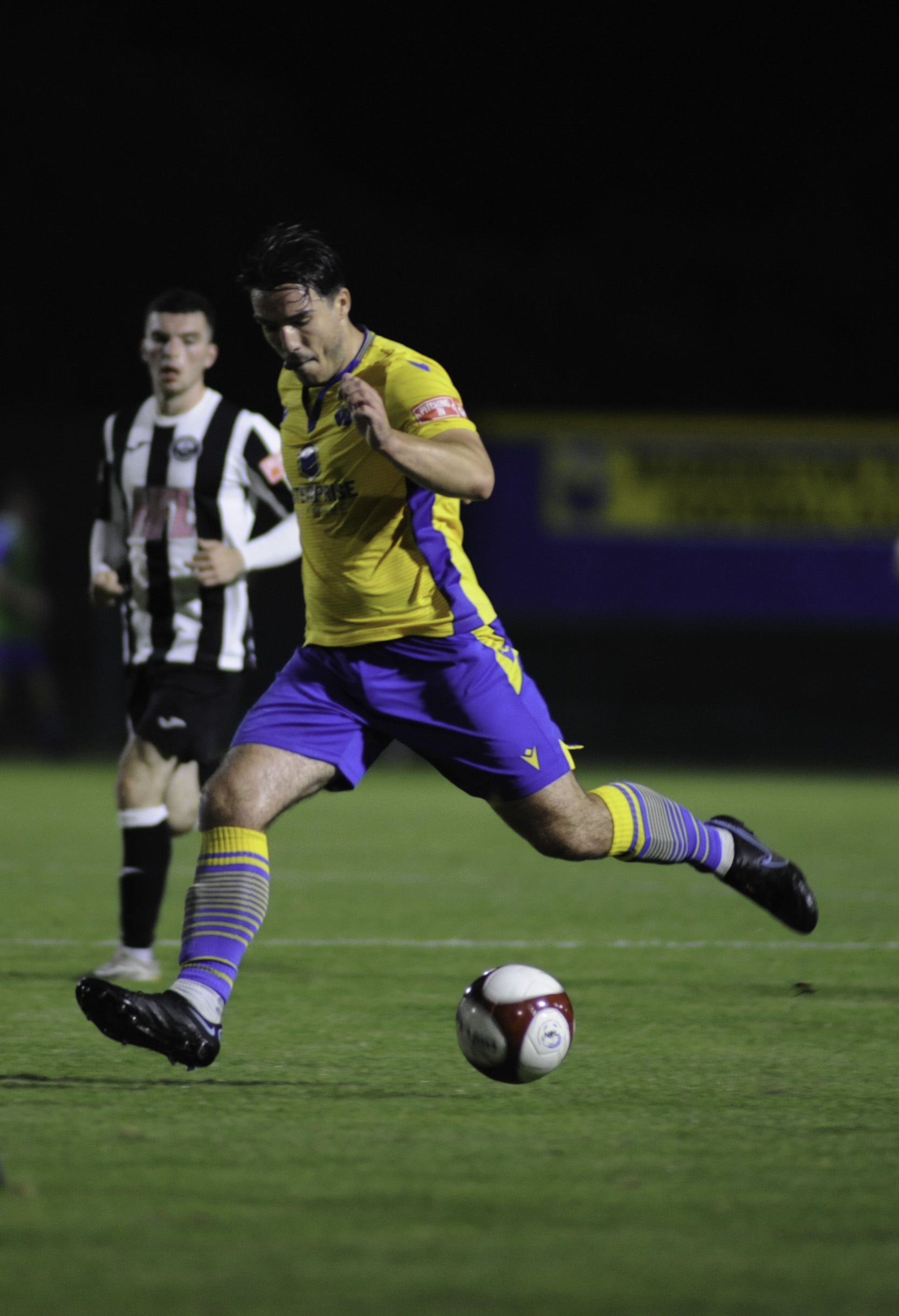 It was a welcome, relatively routine win following Saturday’s disappointing performance in defeat at Scarborough Athletic, with Regan the only change to the starting 11 coming in for the unavailable Mo Ali.

Amis had the first chance of the game inside the first three minutes, getting some power on a header from a Ben Hough ball in and forcing on-loan Bolton ‘keeper Luke Hutchinson to tip the ball around the post.

Former Yellows striker Marcus Cusani was proving a handful at the other end, and it was after his pull-back to Ethan Kershaw that Danny Lambert cracked a rasping first-time shot off the crossbar which was the Colls’ best chance of the first half. 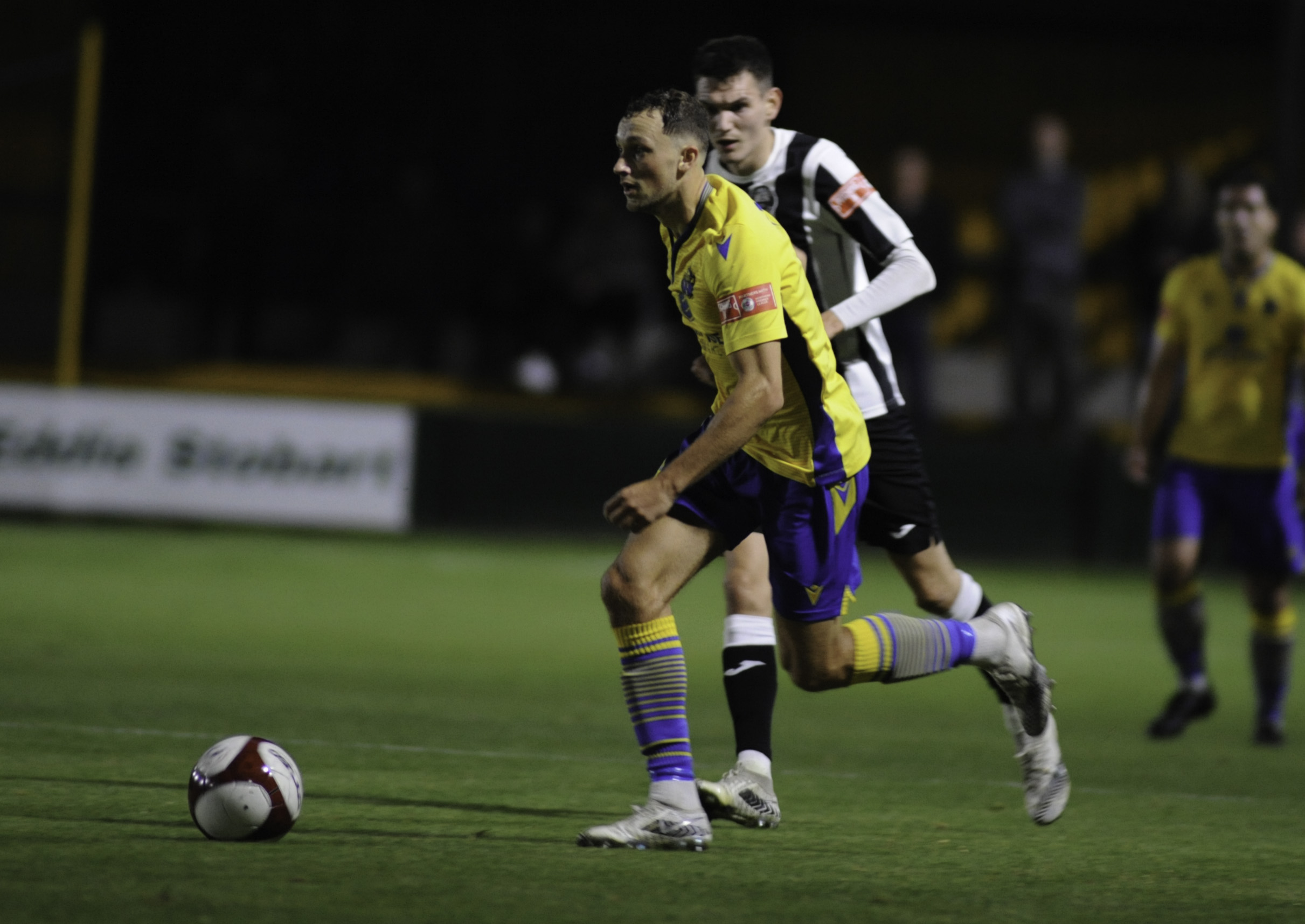 As half time approached, Eddie Clarke drew two defenders to create space for Luke Duffy, who opened up his body with a curling shot that was tipped on to the crossbar by Hutchinson and out for a corner.

From the resulting corner, Regan saw his smartly hit half volley pushed away by Hutchinson, with Amis on hand to put home the rebound to double the hosts’ advantage.

The Yellows started the second half with confidence and Jack Mackreth shot over from a good position after hounding out possession from the Colls backline.

The visitors dealt a warning on the hour mark, when a lapse in concentration by Mark Roberts was nearly punished by Dylan Glass, his shot towards the unguarded goal headed away by Regan on the line. 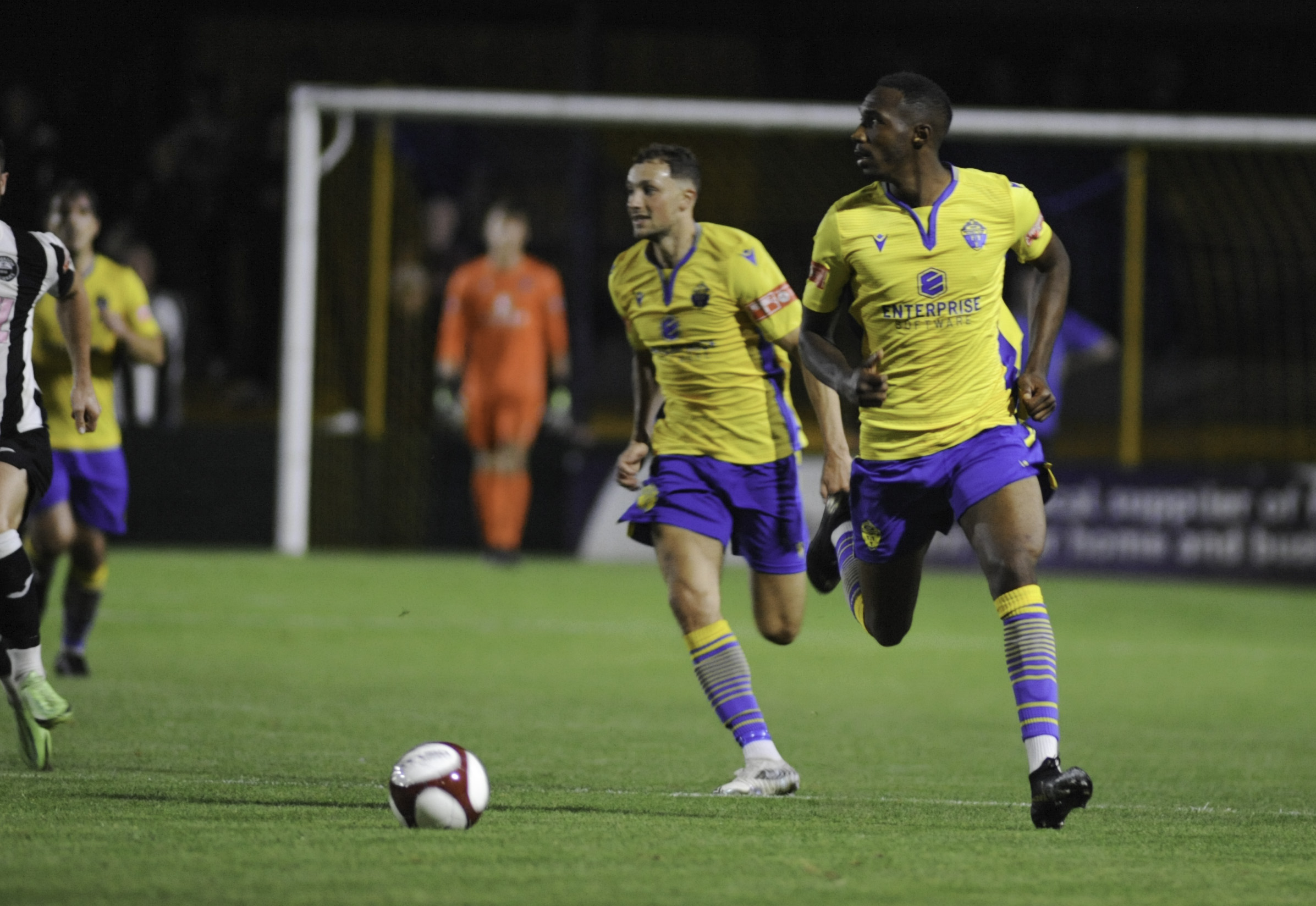 Luca Defraitas-Hanson should have done better with a header from a corner, but the Colls pressure soon faded and the Yellows saw out the final quarter of the game with relative ease, with Atherton only called in to action in the Yellows goal to deny a fine hit shot by Cusani in the 89th minute.

Substitute Sean Miller could have wrapped up the points in injury time, his close range effort stopped by Hutchinson’s feet, but the Yellows had done enough to secure a third win from four ahead of the Bank Holiday weekend where they host Matlock Town (Saturday) and travel to in-form Bamber Bridge (Monday).