JOSH Amis spared Warrington Town’s blushes with a late equaliser to rescue a point in a 2-2 draw at bottom side Stafford Rangers.

Two goals in as many second half minutes had turned the game on its head as the Yellows’ disappointing run of form continued, having taken the lead through Tony Gray in the second half.

Skipper Mark Roberts had a goal disallowed as it looked like the Yellows might come unstuck, until Amis got through off the back of a missed defensive header and kept his cool to loft it over the onrushing ‘keeper and find the back of the net.

Warrington made four changes to the side that beat Radcliffe in their last league outing, with manager Paul Carden no doubt reluctant to risk any players with niggles on a boggy pitch.

Jordan Buckley was a late withdrawal from a spot on the bench, while Jack Dunn and David Raven were also left out of the starting line-up. That meant returns from suspension for Mitch Duggan and Bohan Dixon, as well as starts for Tony Gray and Dylan Vassallo, preferred to the unfortunate Jack Banister.

As has often been the case this season, the Yellows looked most likely to create down the right hand side through Jack Mackreth, and he linked with Gray to win the first corner of the game on four minutes, from which Ben Garrity claimed a penalty after being dragged down by Matthew Hill, only for the well-placed referee to wave it away.

A scampering Mackreth held off Hill to get through on the right hand side of the box and from a difficult angle, he lifted the ball over Jonathan Brown but it agonisingly brushed the post on its way out for a goal kick.

The bottom of the table hosts should have broke the deadlock on 36 minutes when a mix up between Scott Sephton and Mark Roberts presented the ball to Sam Coulson just inside the box, and he advanced on Tony McMillan but pulled his shot wide.

Scott Brown was booked for his protests after claiming a penalty for being felled by Jack Sherratt, moments before the Yellows did earn a spot kick – Garrity again pulled down by Hill, and this time referee Oliver Noonan did point to the spot.

Up stepped Dixon, his unconvincing penalty saved low to the right by Brown to the game goalless at the break.

Stafford enjoyed their best spell of the game at the start of the second half but it would be the Yellows who broke the deadlock, magic feet by Vassallo opening the defence up for Gray to fire home at the near post.

The hosts continued to push forward and forced an excellent save out of McMillan, who had to adjust mid-air to keep out Josh Green’s deflected free-kick, and then deny from Daniel Burns off the rebound.

The introduction of Jake Charles gave Stafford added impetus, and he would score the equaliser on 71 minutes, turning sharply in the box off Daniel Hawkins’ ball and then firing home off the underside of the bar.

They would take the lead barely two minutes later when Hawkins’ shot was deflected up for Brad Grayson to head home past a wrongfooted McMillan, and the Yellows were left stunned.

That forced Carden in to a treble substitution in a desperate plan to save the game, and it looked to have paid dividends four minutes from time when Dunn’s free-kick hit the post, then hit the back of goalkeeper Brown and was poked in by Mark Roberts, only for the assistant referee’s flag to rule it out.

But in the third minute of injury time, the Yellows would be saved – Garrity’s header forward wasn’t dealt with by Jonathon Moran, and Amis lofted the ball over the ‘keeper to rescue a point. 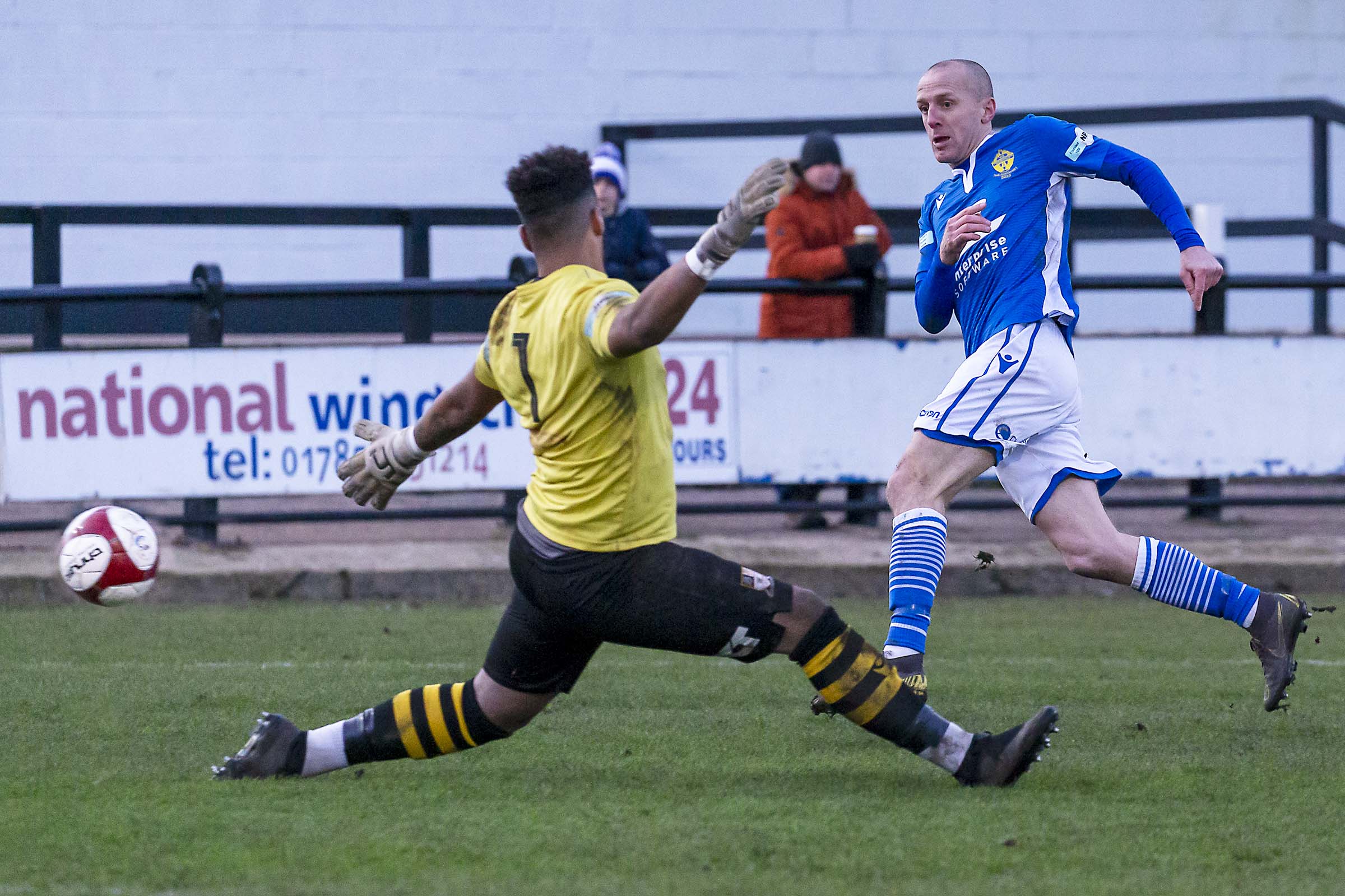 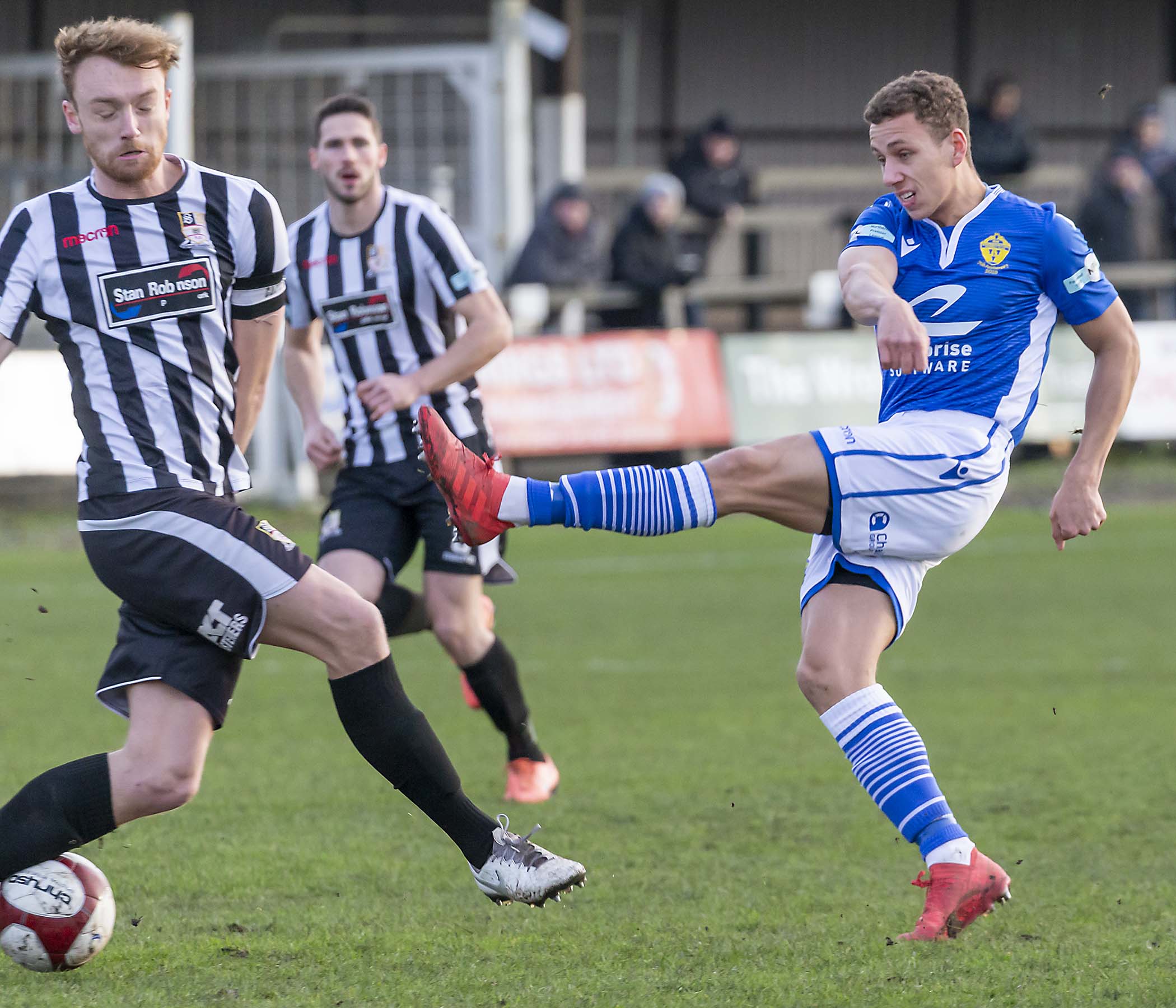 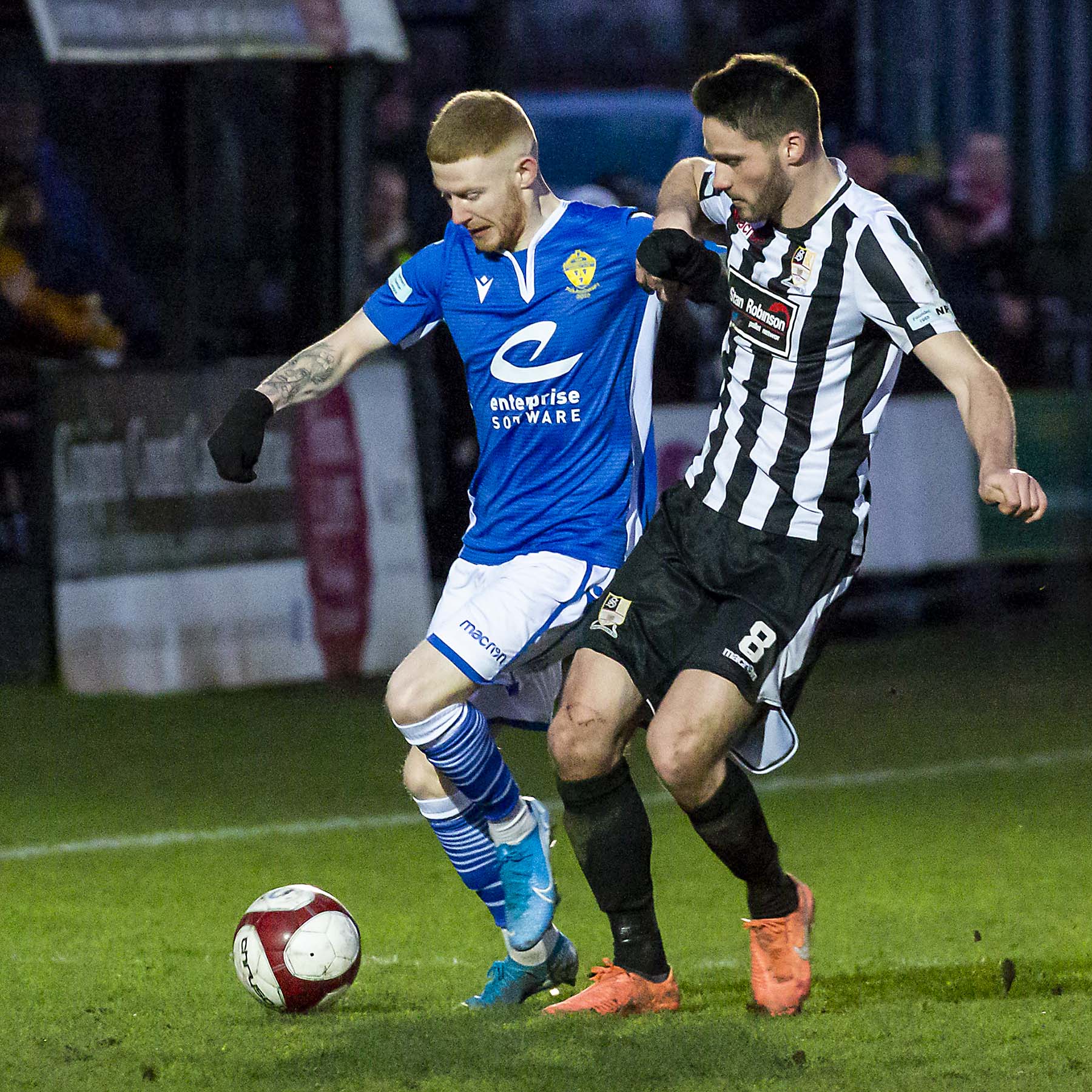