TWO second half goals earned Warrington Town their first away league win since October as they beat Stalybridge Celtic 2-0.

Jordan Buckley and Josh Amis struck at either end of the second half to stretch the Yellows’ unbeaten run to five and move them level on points with Lancaster in the final play-off place.

They could have been home and dry by half time, having no fewer than five clear cut chances, including Buckley rattling the cross bar.

Any regrets over those missed opportunities were soon extinguished two minutes after the restart, Buckley tapping home from yards out after Bohan Dixon and Tom Warren had opened up the hosts down the left.

After weathering that storm, the Yellows sought to close the game out and started to have further opportunities of their own – Buckley released following a Scott Sephton interception and shooting wide, while Josh Amis should have done better when Dylan Vassallo had carried the ball forward and put him in.

Jones tipped away an Ethan Walker drive but if anything, the Yellows looked most like scoring – and though neither Sephton or an acrobatic Tony Gray effort could find the net, Amis made sure in the second minute of injury time, released by Vassallo and breaking the offside trap to keep his cool to score his fifth goal since his long injury lay-off.

It was Warrington’s first away win in the league since a 2-1 win in October over Matlock Town, who they welcome to Cantilever Park on Tuesday night. 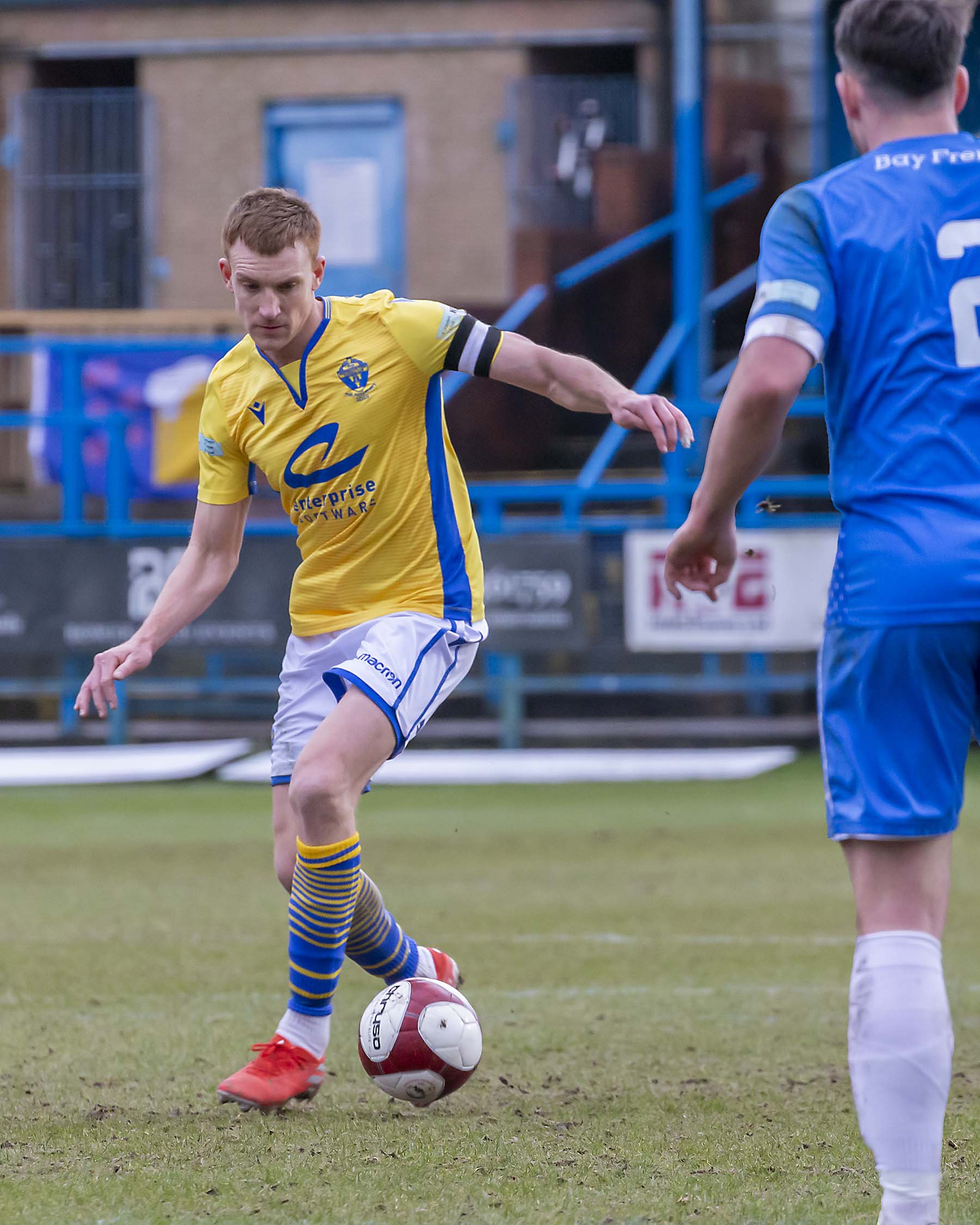 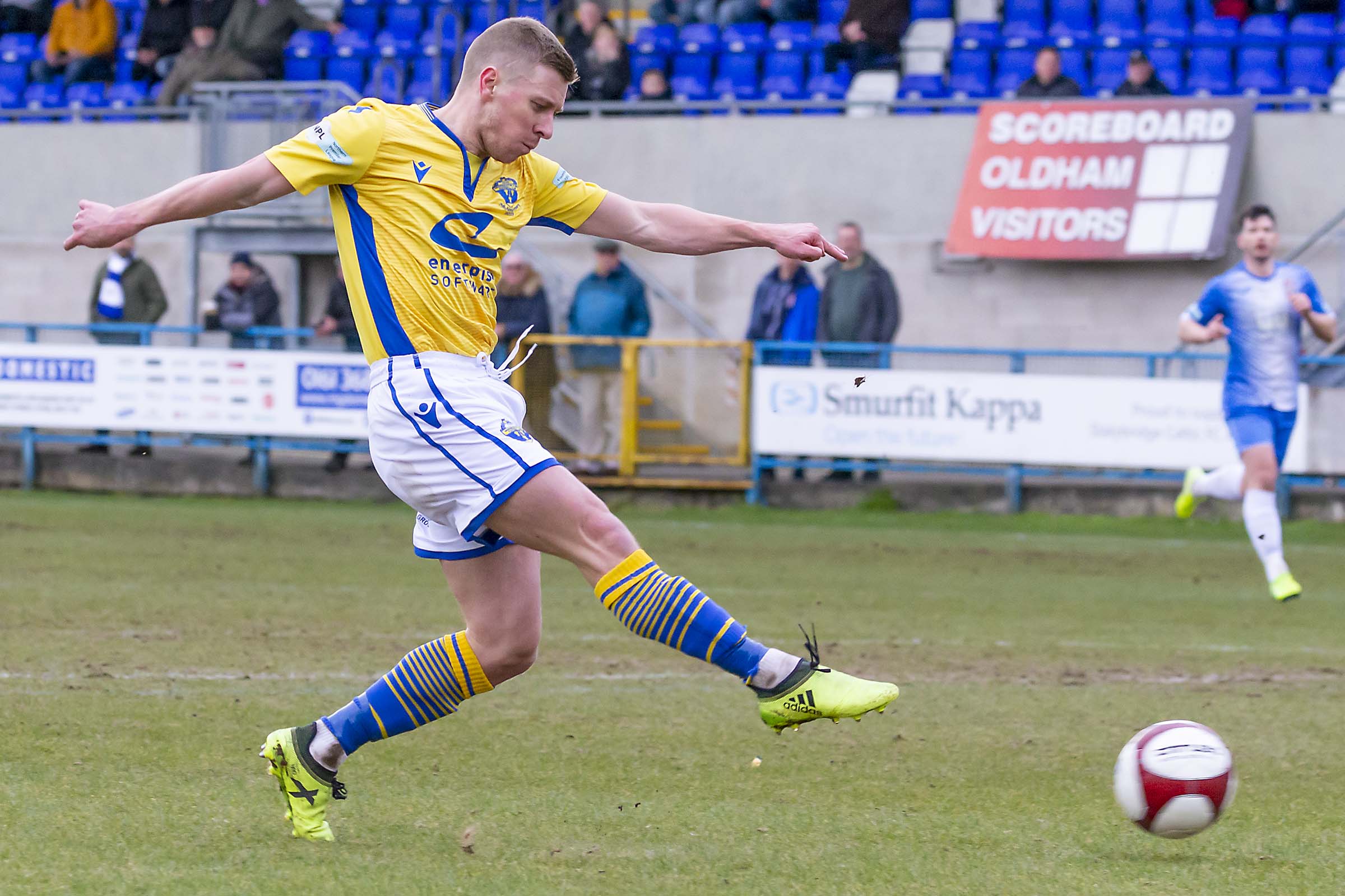 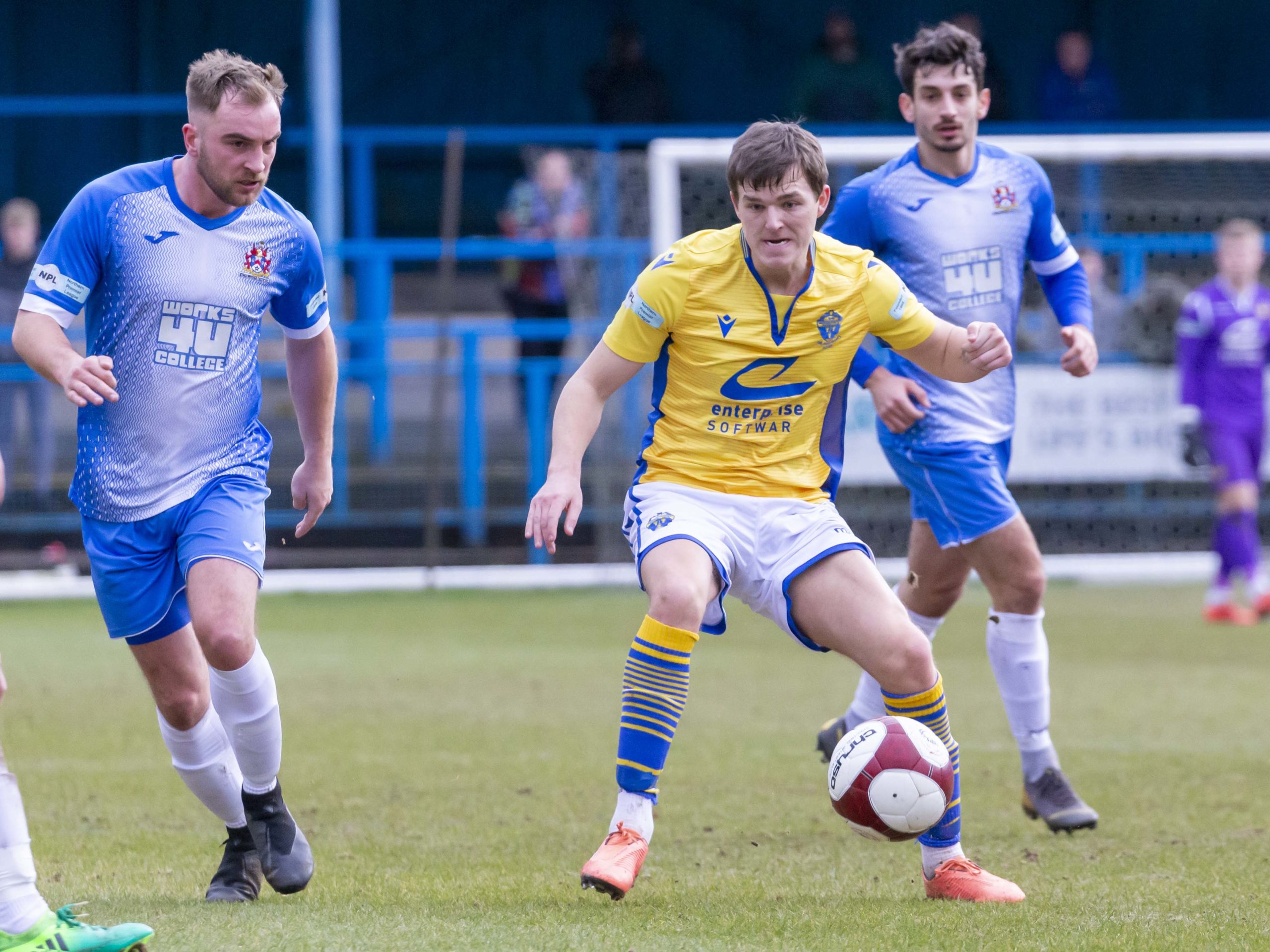 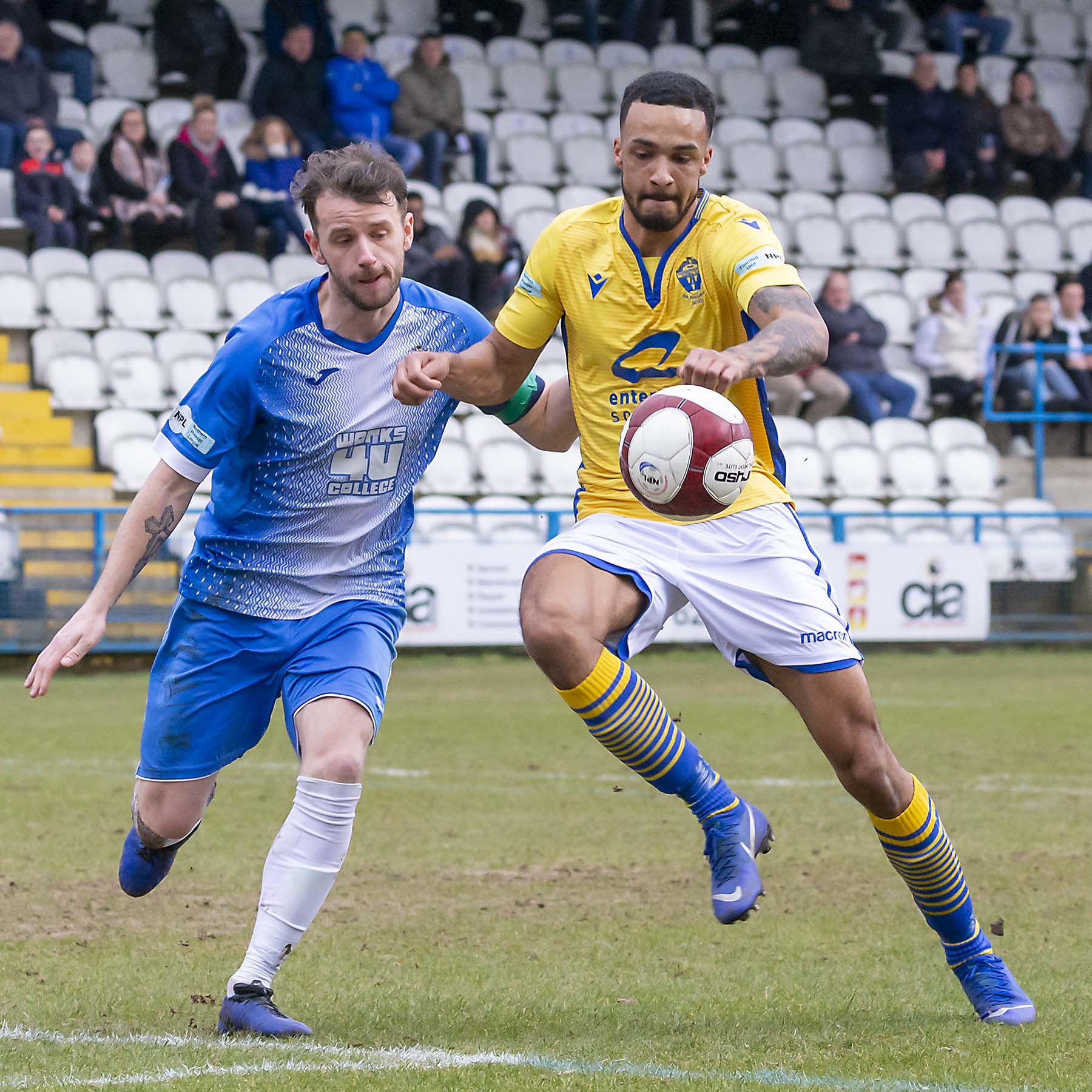