Thompson joined the club earlier this month and was one of three Altrincham players who made the move to Cantilever Park, with defenders Tom Hannigan and Andy White also following suit.

The 27-year-old has impressed since his arrival, and he insists that the signs are positive as the club begin to step up the intensity of their pre-season regime, with the new campaign now less than three weeks away.

“We’ve just beaten Telford 3-1, so that sets a real benchmark for us,” he said.

“They’re the standards we’ve got to set now. We’ve got some tough tests coming up, starting with Buxton next weekend.

“Going into the season, where you’ve got teams like Matlock, South Shields and Warrington Rylands, you can’t afford to let standards slip.

“I’m really excited and I can’t wait to see what happens.” 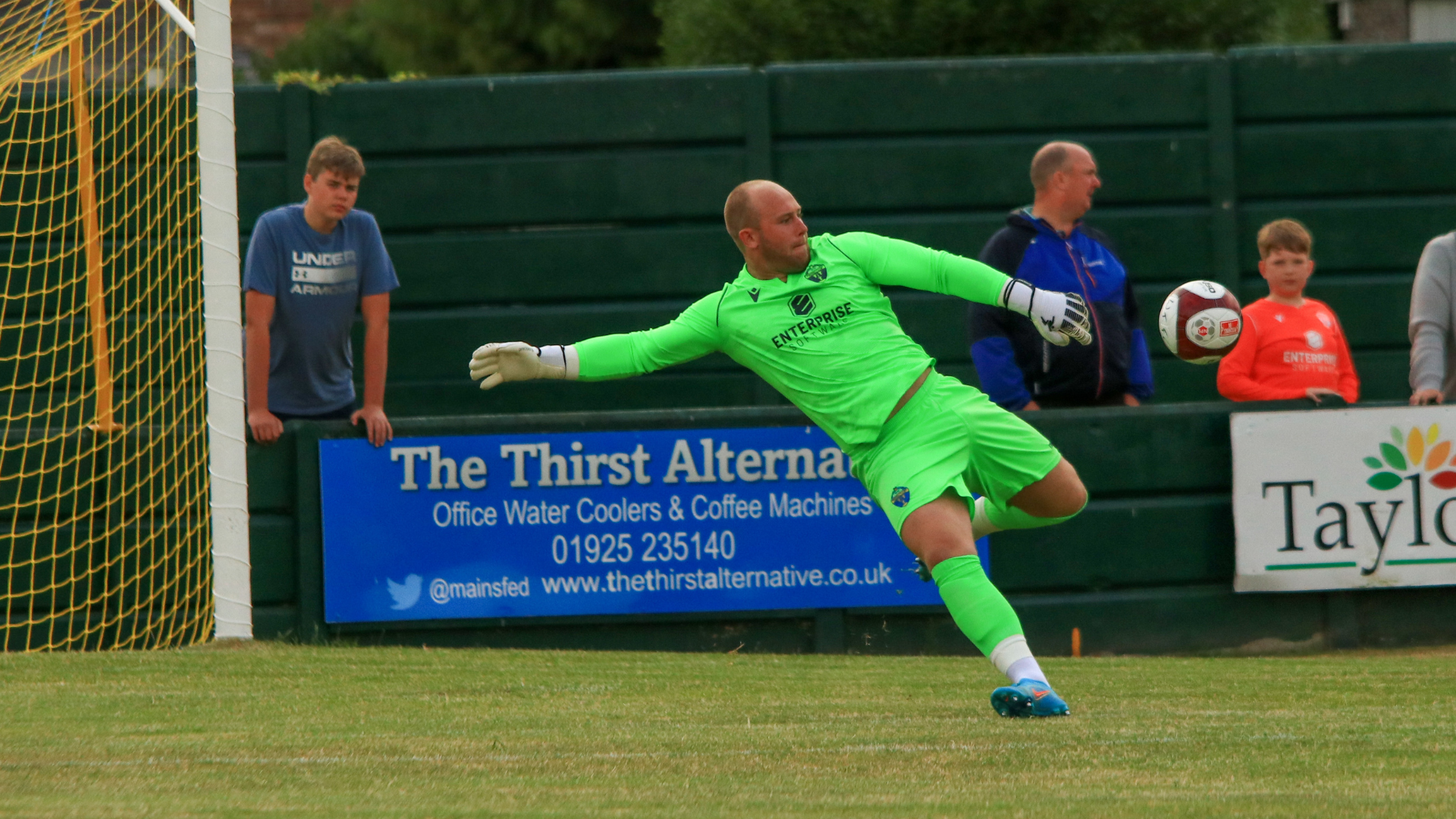 The Yellows have retained the core of the squad that reached last season’s play-off final, while adding quality at both ends of the pitch.

With a good mixture of youth and experience in the first team squad, Thompson says there is reason to feel optimistic as the group continues to embrace manager Mark Beesley’s forward-thinking philosophy.

The shot-stopper has also singled out the performances of Luke Duffy since he linked up with the young forward at the Yellows.

“Duffy was frightening on Saturday! In training, he just shines every week,” Thompson said. “He’s one to look out for. He’s a really good player and very sharp as well.”

He added: “Bees [boss Mark Beesley] said in a previous interview that the pros outweigh the cons, in terms of the way he wants us to play. Everyone seems to have upped their game now.

“With the way that the gaffer wants us to shape up, we’re getting a little bit more freedom.

“The chats that we were having in training, and before I signed for the club, showed exactly what Bees expects from me, and the standards that he’s setting as well.”