Warrington Town were unlucky not to claim all three points against Scarborough Athletic at Flamingo Land Stadium.

Scott Sephton’s first goal for the club put the Yellows in to a 20th minute lead that they held for barely two minutes, Chris Dawson’s well hit strike levelling things up straight away.

Alex Byrne had a goal ruled out in the second half but a draw was a fair result, and means the Yellows have earned just two points out of a possible nine.

Out to avoid back to back league defeats for the first time in a year following the 1-0 reverse at home to FC United on Tuesday night, the Yellows were without Steve Jennings, Louis Barnes and Matthew Chadwick for the trip east, with Jack Mackreth making his first start for several weeks.

Mackreth was very much the danger man in the first half, regularly getting in behind his marker Daniel Lowe, and as early as three minutes, he scampered on to a ball through by Tony Gray only for the excellent Josh Barrett to come across and block the shot.

Two minutes later Mackreth was through in the box again, this time off Mitch Duggan’s clever ball inside the full-back, the winger this time getting his shot away and past Tommy Taylor, but agonisingly wide of the far post.

Other than that, the Yellows were getting little change out of a Seadogs defence led superbly by Barrett, a midweek signing from Tadcaster Albion.

They did take the lead though, Byrne’s cross diverted home at the back post by Sephton.

The joy was short lived, Dawson afforded plenty of time in the final third and he arrowed a shot in to the top left corner of Tony McMillan’s goal for 1-1.

Mackreth nearly made it third time lucky on 34 minutes, again getting space in the box off Gray’s pass, this time forcing a save off Taylor’s legs.

The hosts only real chance of the first half was the goal, though James Walshaw did blaze over on the turn as half-time approached.

Scarborough came out stronger in the second half and within five minutes, had registered double the chances they had mustered in the first.

Walshaw blazed over from a good position inside the box after Dawson’s spin had created space, before Dawson himself dragged a shot wide.

It took a while for the Yellows to get going in the second half, and it was the hour mark until they threatened Taylor again, Ben Garrity dragging a shot just wide of the far post after a one-two with Mackreth.

The play was broken up by a long stoppage for an injury to Jack Johnson, stretchered off after coming off second best in a 50/50 challenge with Sephton, and as the game entered the final quarter the Yellows started to flex their muscle.

Byrne’s long throw caused a melee in the goalmouth, before a cheaply won free kick was punched away from under his own crossbar by Taylor.

The introduction of Josh Amis gave the Yellows further impetus, though they nearly fell behind on 76 minutes, substitute Ryan Watson fooling McMillan and Mark Roberts to get a shot away that was cleared off the line by Duggan.

The visitors should have won it 12 minutes from time, Mackreth finding space on the right and sliding the ball across for a tap in for Byrne or Amis, the former decided to divert home only to be flagged offside when his team-mate wasn’t.

Byrne shot wide and Amis headed over in the closing stages as both teams had to settle for a point. 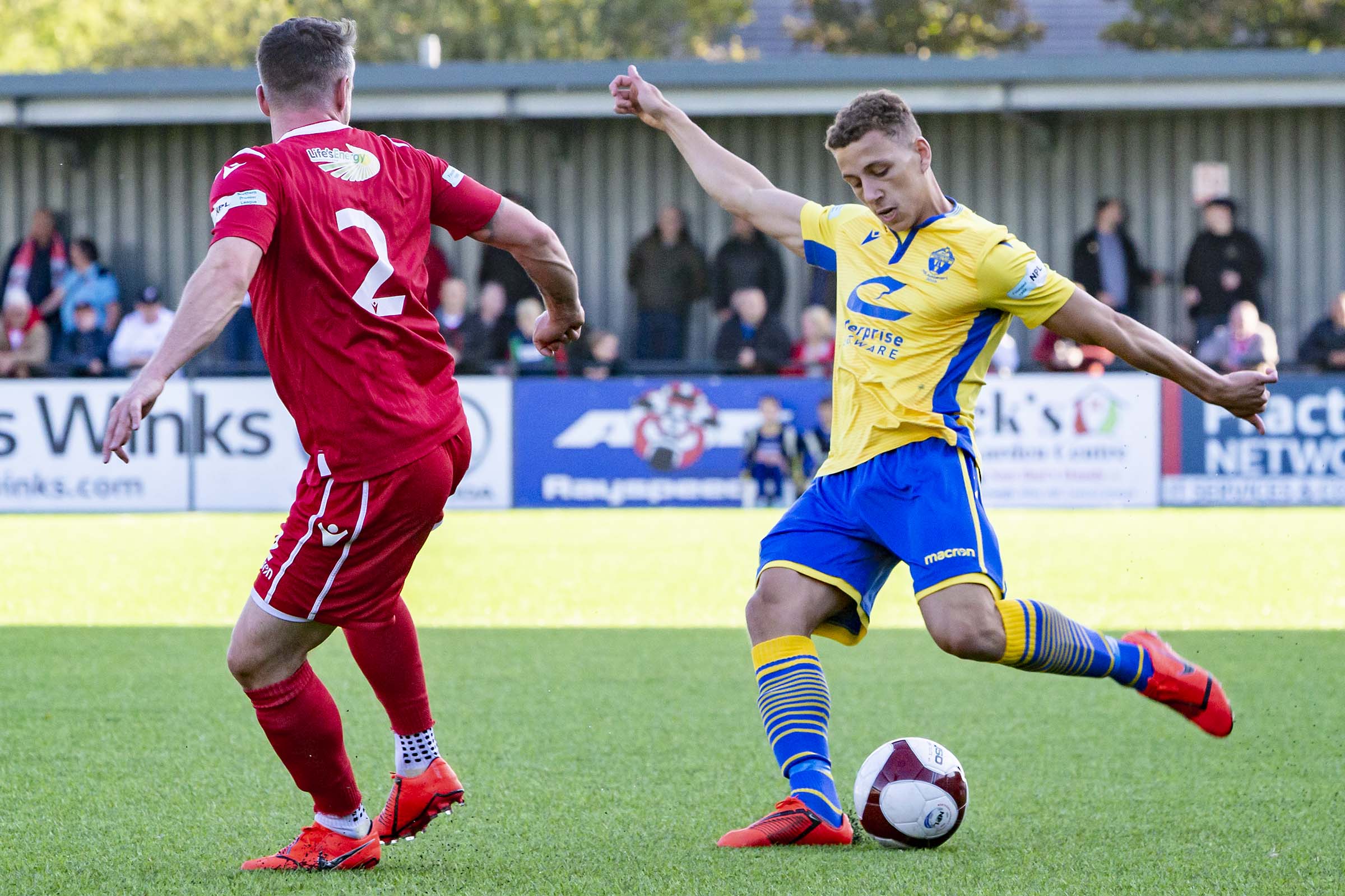