WARRINGTON Town held on to beat Radcliffe 1-0 and claim their first win since the end of November.

Jordan Buckley’s first half header proved enough for the Yellows, who managed to claim three points after leading and drawing in five of their last six games.

They had chances to make the game safe but in the end they were able to close out the win and jump back in to the BetVictor Northern Premier Division play-offs.

Midfielder Scott Brown pulled the strings with a man of the match performance, and he almost helped get the Yellows on the board inside the first two minutes, linking up with Jack Mackreth to provide a cross that Ben Garrity headed in to the hands of Ollie Martin.

Garrity could have scored again on six minutes, heading down at the back post from a Jack Banister corner, with Radcliffe scrambling away amidst muted appeals from the Yellows fans behind the goal.

A couple of free-kicks at the other end prompted Radcliffe’s best chance, Richard Smith crashing a header against the crossbar from a long throw.

The deadlock was broken on 29 minutes, Brown curled in a right-footed free-kick from the left, and Buckley nodded home at the near post for his first goal for the club in his second appearance since joining from FC United.

He could have had a second three minutes later as he got on the end of a flowing counter attack involving Mackreth, Banister and Will Harris, with Martin rushing out of his goal to save with his feet.

Mark Roberts should have done better with a header at the far post after Garrity had flicked on a corner, but the Yellows took a one goal lead in to half time.

Manager Paul Carden would no doubt have been keen to stress it was time for the Yellows to end their recent hoodoo of squandering winning positions, and there was a workmanlike approach to their second half display.

Little of note happened in the first 15 minutes of the second half, until former Yellows midfielder Scott Metcalfe was forced off injured after he went in high on Garrity and earned a yellow card.

The introduction of Dylan Vassallo on 77 minutes, who got his foot on the ball and proved a handful for the Radcliffe defence, helped the Yellows in closing the game out and in reality, Radcliffe didn’t create anything in the way of a clear cut chance.

Warrington could have made sure in injury time, Banister’s shot cleared off the line by Kaheem Hanley but in the end it mattered not as the Yellows moved up to fifth.

The Yellows are in Cheshire Senior Cup action at Sandbach United on Tuesday night, before travelling to Stafford Rangers in the league on Saturday. 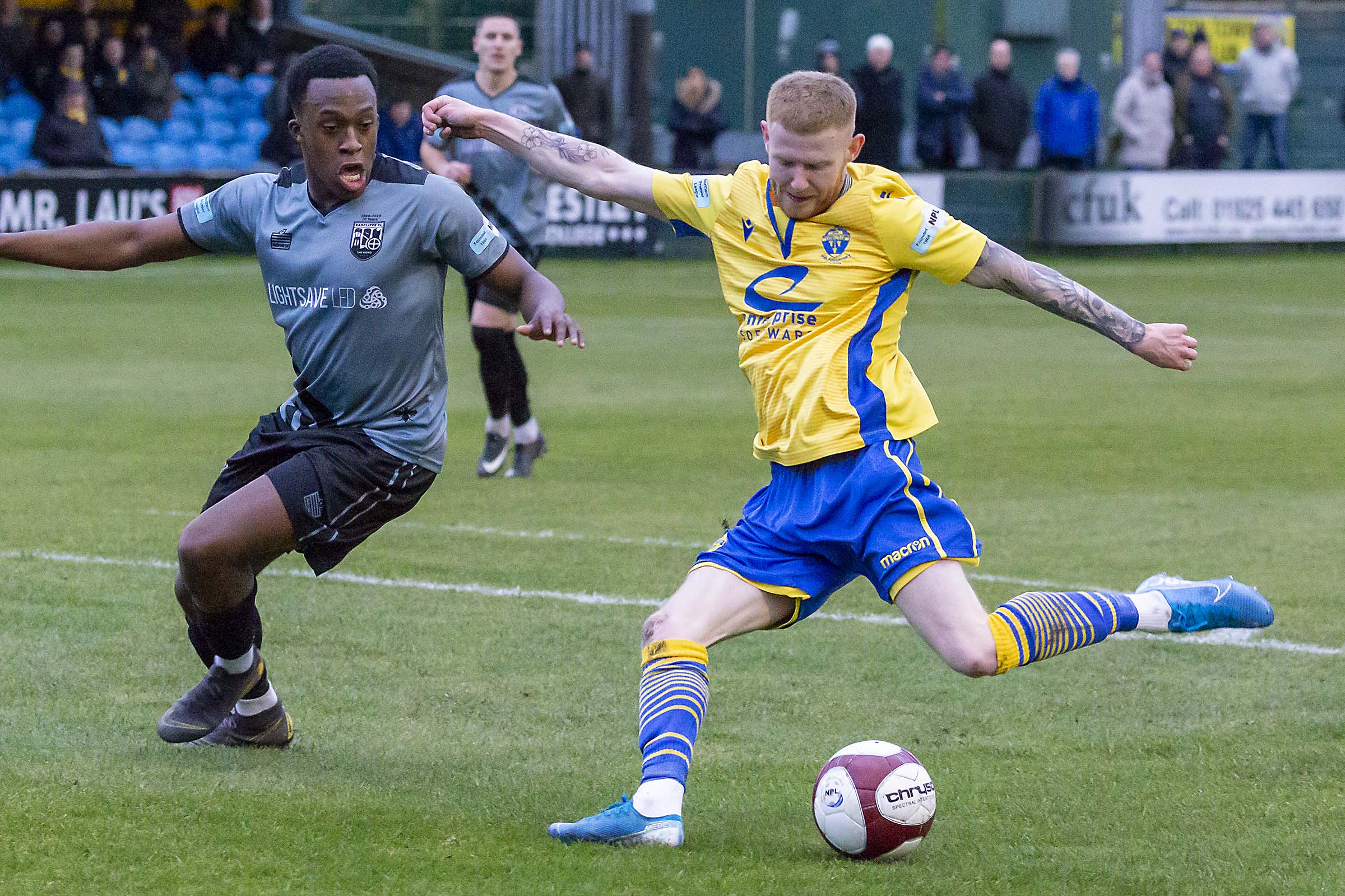 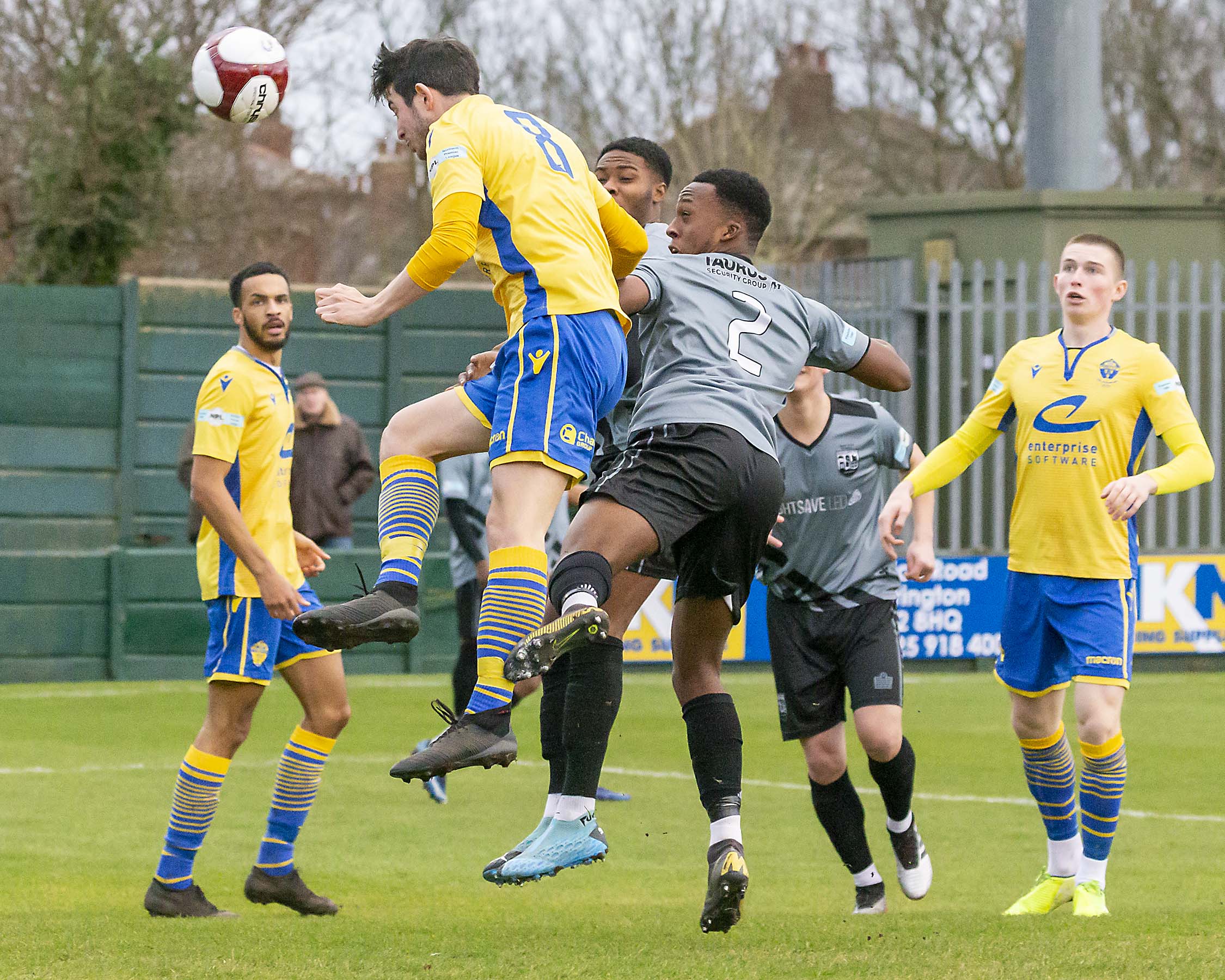