Warrington Town had to settle for a point in the proverbial game of two halves as they drew 1-1 at home to Basford United.

A stunning strike from Jack Dunn was the least the Yellows deserved from a first half where Basford ‘keeper Kieran Preston kept the visitors in it, and they were much stronger after the break, equalising through Courey Grantham.

In the end, Basford, who are in the play-off places just ahead of Warrington, were well worth their point.

Making his first start of the season, Dunn had an almost impact – unfortunately, it was picking up a yellow card for diving in the box after five minutes. Another of the three Jacks in attack for the Yellows, Mackreth, had the first chance of the game, aiming to curl a shot in to the far corner only to be denied by the busy Kieran Preston diving to his left.

Both sides were disrupted by first half injuries, David Raven forced off with what looked like a hamstring strain on 14 minutes to be replaced by Mitch Duggan, shortly followed by Basford striker Ashley Worsfold, who hobbled off with Courey Grantham coming on for him.

Prior to his withdrawal, Worsfold was involved in one of two weak penalty shouts for the visitors, going down under minimal contact by Tyrone Duffus, moved inside to centre half following the departure of Raven, while later in the half Kane Richards would do well on the right before running between two defenders in the box and throwing himself to the floor, not gaining a penalty or indeed a yellow card for his actions, much to the frustration of the home bench.

Warrington were making most of the running and a nice clipped ball in by Duggan was nodded down by Ben Garrity for Jack Banister, his first time shot blocked by a defender.

Banister would go closer on 22 minutes, hitting a stunning shot from 25 yards that thudded off the crossbar, with Preston making a sensational stop to deny Garrity’s well-hit rebound.

Preston made a smart save with his legs from Bohan Dixon on the half hour and it felt like it would take something special to beat the visiting ‘keeper and so it proved. Dunn picked the ball up close to half way on the right, drove forward and unleashed an unstoppable strike from 25-yards that flew in to the top corner leaving Preston with no chance.

At the other end, the only chance of note for Basford saw Brad Gascoigne head over from a right-wing free-kick, before the half ended in heated fashion, Duffus booked for catching Joe Thomas while clearing the ball which led to some heated exchanges between both players and the officials on their way in to the changing rooms.

While Warrington had the better of the first half, it was Basford who controlled much of the second as they sought an equaliser.

Tony McMillan was drawn in to a sensational one handed save to deny Stef Galinski’s header five minutes after the interval, but other than that, they struggled to carve out clear opportunities.

They did, however, get an equaliser their efforts deserved 11 minutes from time, a quick throw in on the left was flicked in to the box and Grantham managed to glance it in to the far corner for an untidy goal.

The momentum was with Basford and they fancied snatching all three points in a game that was regularly broken up by the referee’s whistle.

As it was, Warrington had the best chance of the closing stages, Dixon wasting a glorious free header from eight yards out from a superb delivery from the right by Duggan.

The Yellows have some injury worries ahead of their next game, a trip to Morpeth Town on Saturday, with Raven joining Josh Amis on the sidelines, while Tony Gray was only fit enough to be named on the bench. 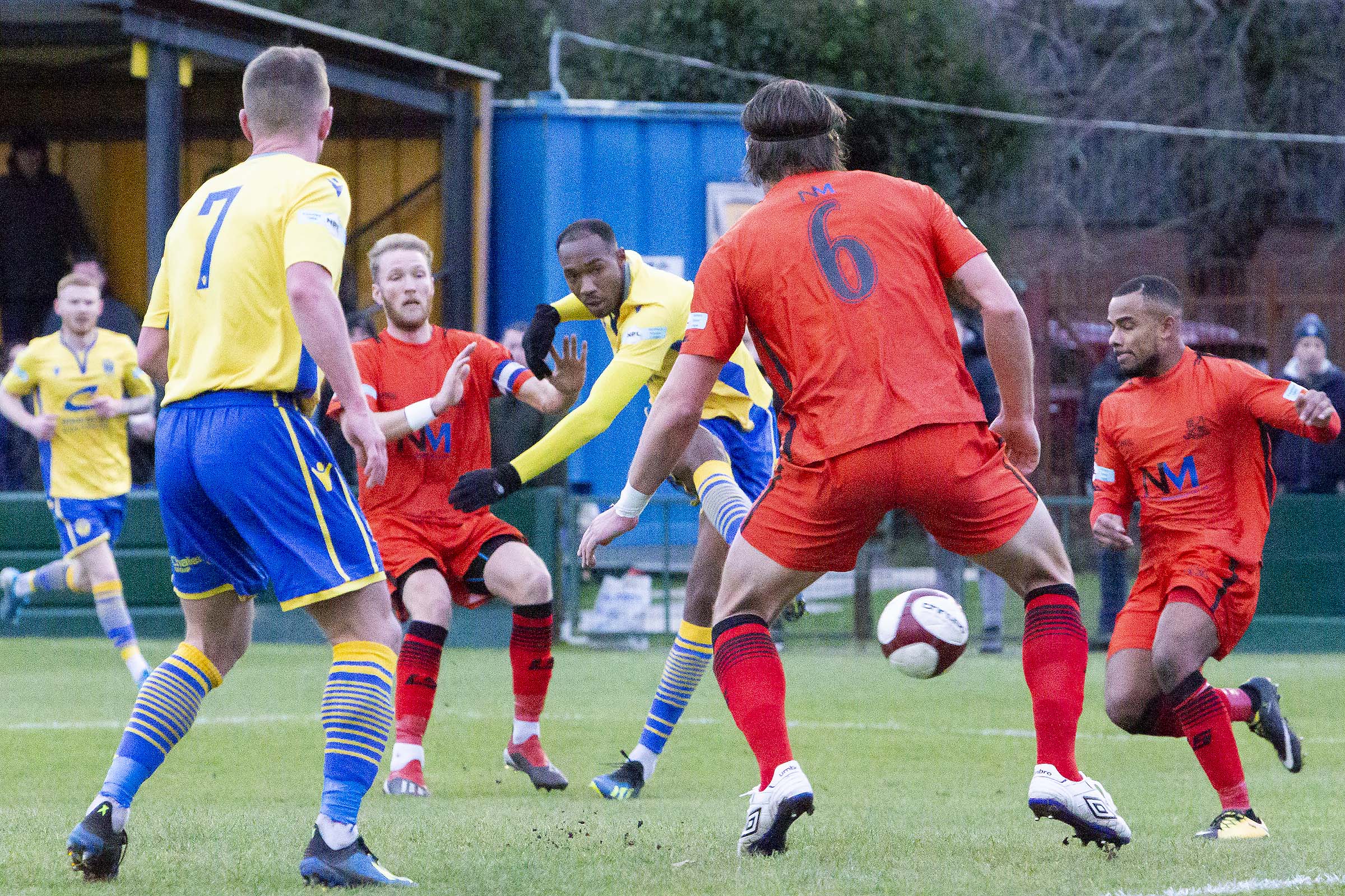 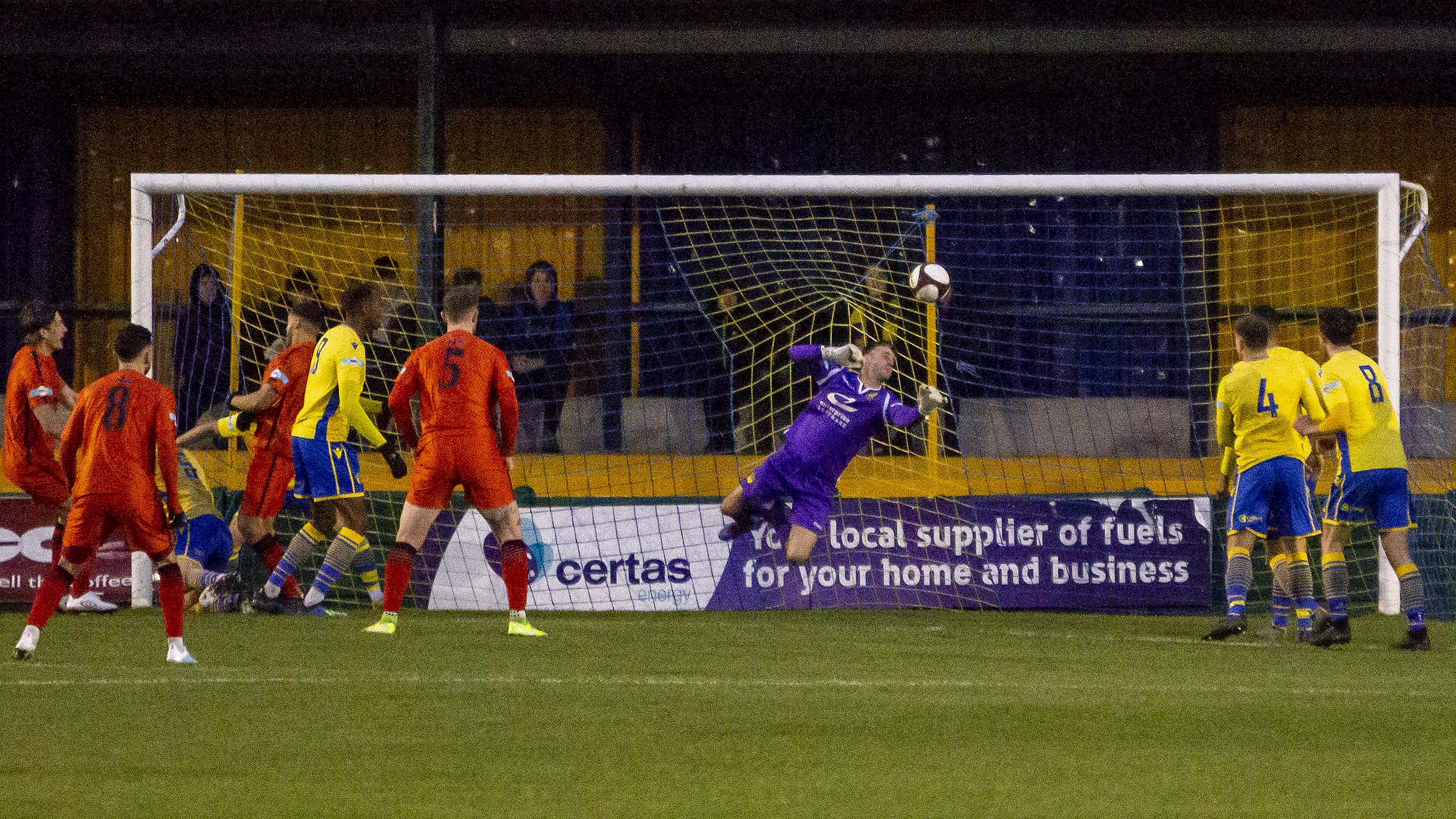