WARRINGTON Town stood firm to a second half barrage as they beat Scarborough Athletic 2-0 to secure a much needed victory in the play-off race.

Debutant goalkeeper Bobby Jones pulled off several brilliant saves, while centre-backs David Raven and Mark Roberts put in a performance that showed just why they both made the league’s team of the year last season to keep the Seadogs out.

Josh Amis had struck the Yellows in to an early lead and they should have secured the points when substitute Jordan Buckley missed a sitter going in to the final quarter, and they only grabbed a second with virtually the last kick of the match through Jack Mackreth.

After a run of just two wins in 11 games, including a disappointing 3-3 draw against lowly Grantham on Tuesday night, it was very much a must-win game for Paul Carden’s side as they looked to re-ignite their play-off push against a Scarborough side that has surged up the table in to play-off contention under manager Darren Kelly.

It was an entertaining game throughout and the Yellows opened up the visitors in the first minute, Mackreth sliding Bohan Dixon in to acres of space in the box, only for the midfielder to fire his shot in to the side netting.

Goalkeeper Jones, drafted in on loan from Wigan to deputise for injured regular stopper Tony McMillan, had a nervy start, mistakenly waiting for a ball to run in to his box, which enabled Conor Thomson to nip in, and Jones was fortunate to see the shot fall wide.

That proved to be the only blot on Jones’ copybook though, as the 18-year-old turned in a man of the match display to keep a clean sheet.

His first save came on nine minutes, Ryan Watson afforded space to run through midfield, and his trademark shot from outside the box was tipped over the bar by Jones.

The Yellows would break the deadlock soon after though, brilliant work by Mackreth down the right putting it on a plate for Amis, who was starting in the league for the first time since the August Bank Holiday, and the big man couldn’t miss from four yards out.

The game lost its way in the middle period of the first half as the referee regularly broke the game up with disputed decisions, and it was half an hour until the next meaningful chance, Thomson blazing over the bar on the turn.

Both Roberts and Raven got in crucial tackles towards the end of the first half as the Yellows took a one goal lead in to the break, and they started the second half on the back foot – James Walshaw hitting the post from eight yards out after playing a nice one-two with Michael Coulson.

The Yellows would find it difficult to get out of their own half at times, and they were indebted to Jones for a good save to deny Walshaw’s header from point blank range.

Roberts and Raven were the busiest people on the pitch, though the Yellows did try to get forward on the counter attack, territory was few and far between. On one foray forward, Amis showed good movement in the box to head over Mackreth’s cross.

Thomson, Coulson and Walshaw were swarming around the final third, and after Thomson beat Raven and Mitch Duggan, Roberts was there to divert his shot wide.

The game should have been settled on 80 minutes, barely two minutes after coming on Buckley somehow missed from yards out after Amis had beaten his man in the box and whipped in a delicious delivery in to the goalmouth, and that prompted a nervy final 10 minutes as the Yellows clung on.

Buckley was nearly immediately punished for that missed chance, Jones pulling off a world class save, hanging in the air to claw away Coulson’s header with his right hand, and the hosts will have no doubt had many memories of surrendering leads from winning positions this season.

Five minutes were added on, and Wayne Brooksby connected with a beauty of a right foot drive, only matched by an acrobatic save by Jones as Scarborough wondered what they would have to do to score.

There was another goal – but it was for the Yellows, who broke through Buckley, and when Amis’ shot hit the post, Mackreth was there to sweep home and secure the win.

Warrington are next in action at Buxton on Tuesday night. 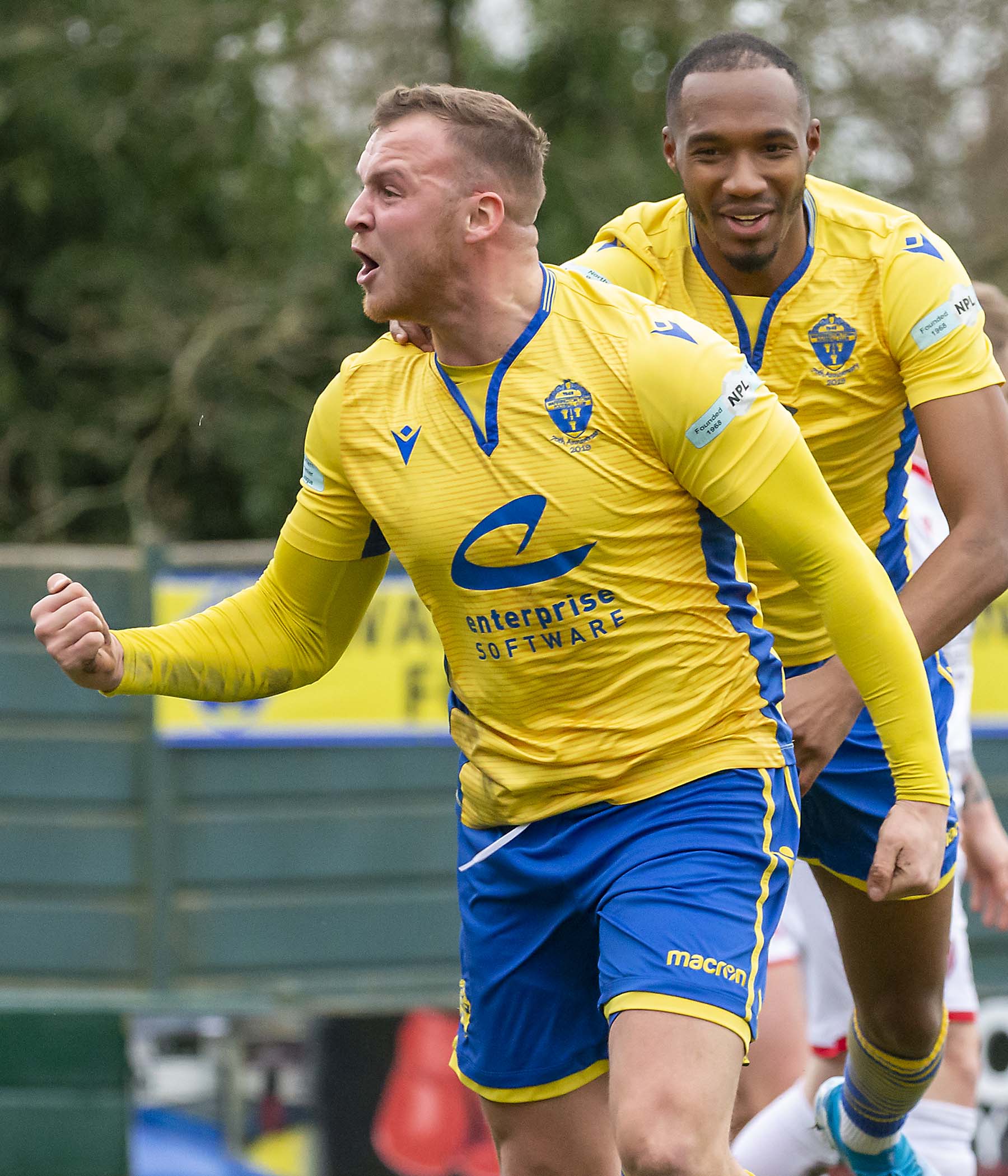 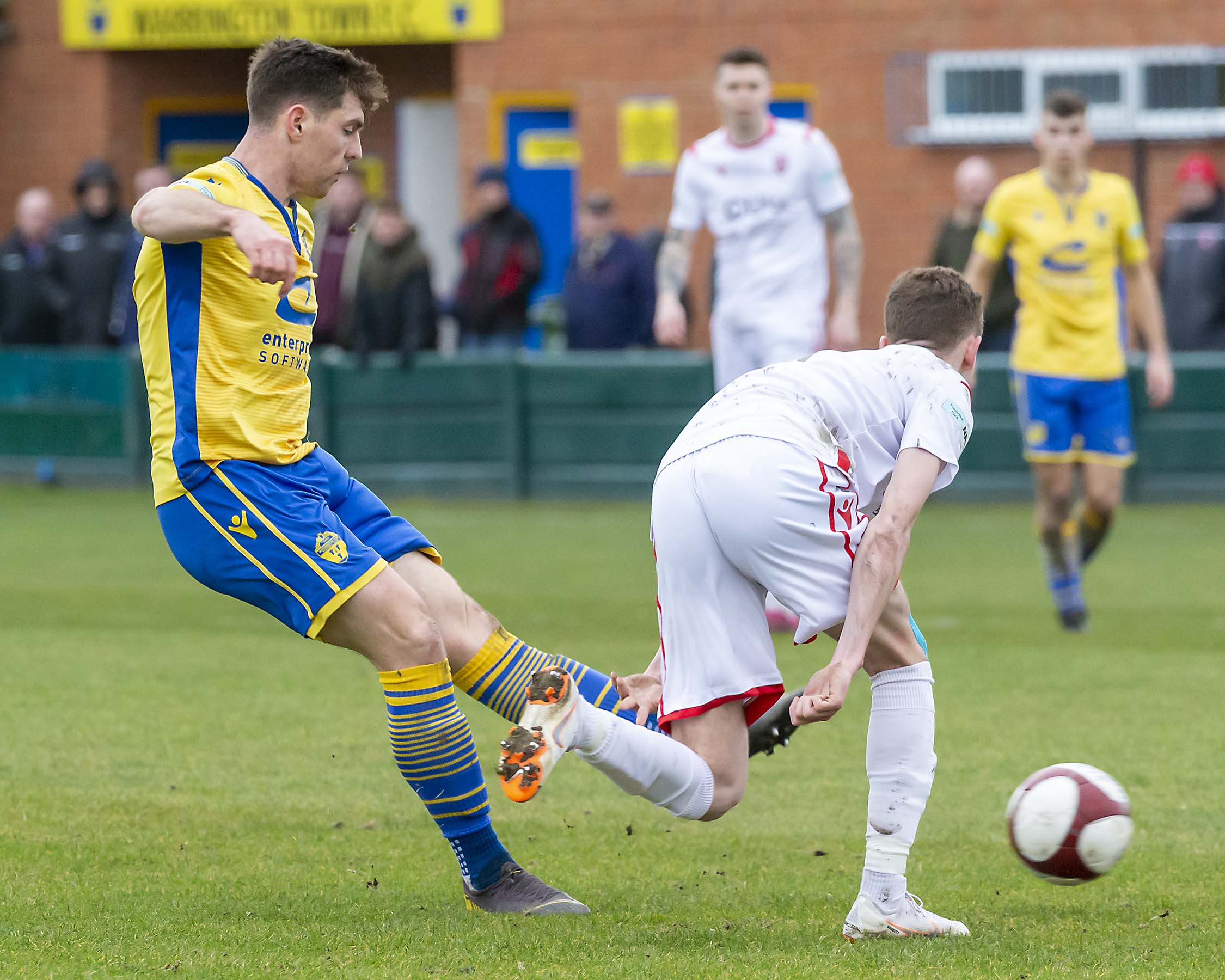 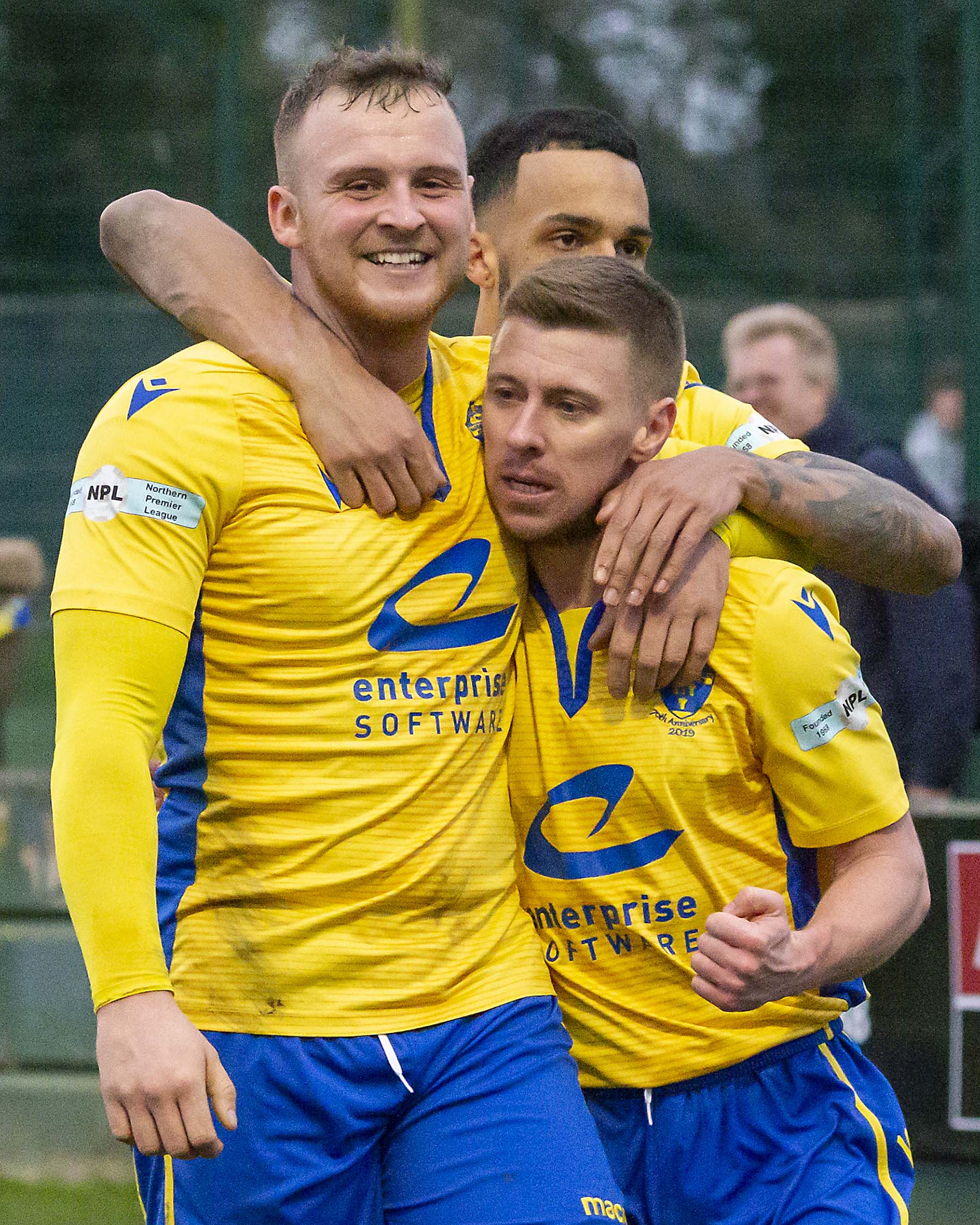 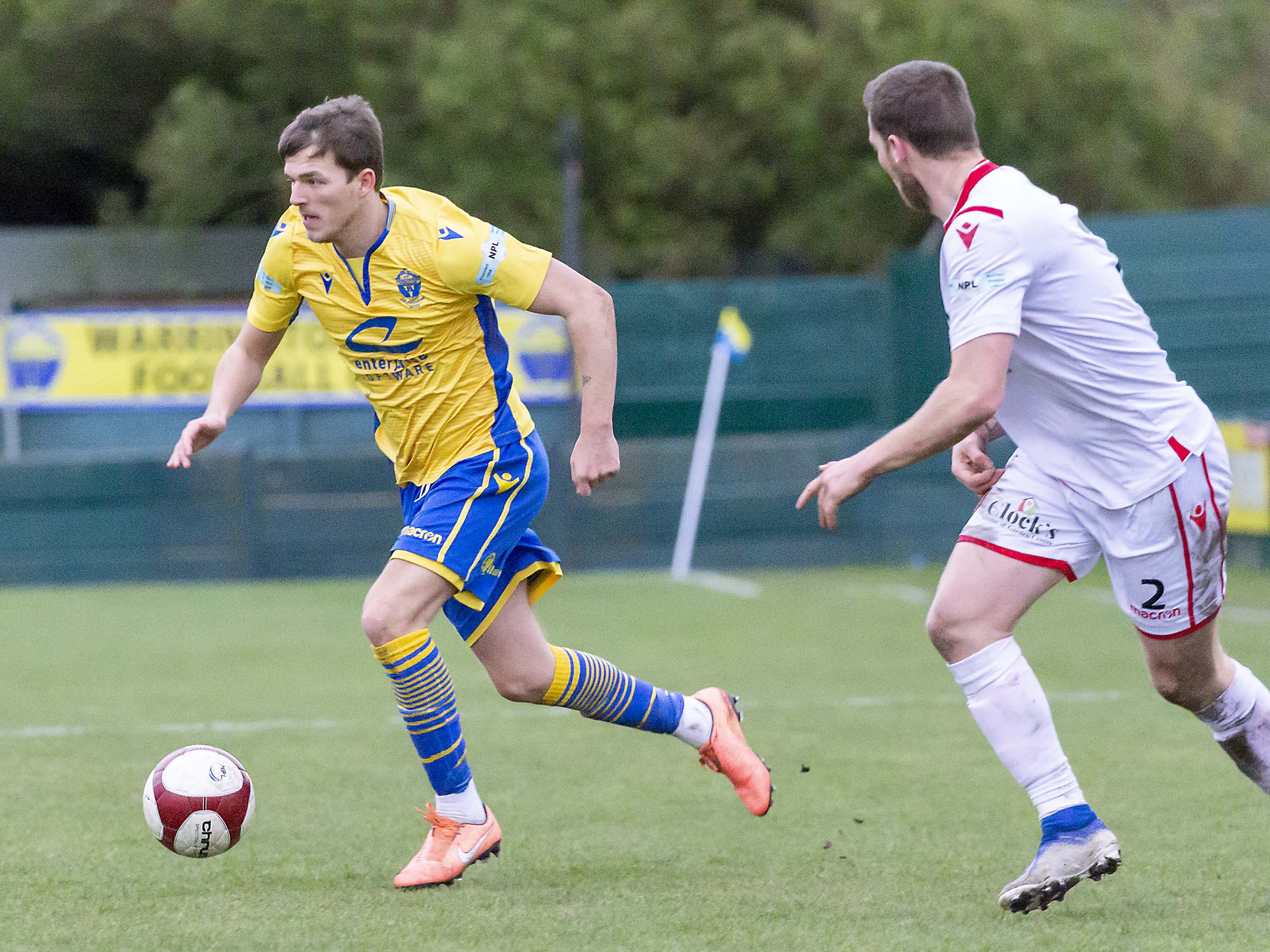