The Yellows had fought back from 2-0 down in the final 15 minutes to grab a vital three points in their chase for promotion.

Substitute Jordan Buckley started the comeback and Mark Roberts swept home four minutes from time before Warren was the unlikely hero, volleying home at the back post in the first minute of injury time.

What for the main part had been a scrappy game, soon turned in to a memorable night under the lights at Cantilever Park as the hosts jumped to third in the table with a sixth game unbeaten.

The first half was marred by some contentious decisions by the officials, not least when loanee goalkeeper Bobby Jones tipped over Chib Chilaka’s fierce shot from the right yet a goal kick was given.

That was one of a handful of decent chances the visitors had in the opening period, the best falling to midfielder Luke Hinsley, whose shot from the edge left Jones motionless and grateful when it bounced back off the inside of the post.

Chilaka headed wide from a good position, while Jude Oyibo did the same from an even better position as ex-Yellows midfielder Alex Byrne started to pepper the hosts with the sort of deliveries that helped him top the assists charts in the early part of the season.

A sluggish start to the second half found the Yellows a goal down, as they twice failed to clear from a corner, and that resulted in half-time substitute Dan Turner pulling back for Oyibo to open the scoring.

Things got silly for a little bit after that, a flurry of yellow cards to both teams, before the Yellows somehow didn’t equalise shortly after the hour mark, both Dylan Vassallo and Tony Gray blocked well by defenders, and then Kyle Trennery saved well from Bohan Dixon through a ruck of bodies.

Matlock dealt what looked to be the killer blow on 73 minutes when Oyibo was afforded too much space to get inside the box, and his pull back was steered home by Turner, who marked his first game since signing from Hyde with a goal.

Shortly before the goal, Paul Carden had swapped both strikers, bringing Olufisayo Adarabioyo and Jordan Buckley, and within two minutes, Buckley gave the hosts a lifeline, finishing from close range after good work by Vassallo down the right.

The Yellows chucked everything at Matlock, and Buckley came agonisingly close to a second on 82 minutes, striking the inside of the post.

The equaliser came four minutes from time, a deep free-kick was headed back across by Mitch Duggan, and skipper Roberts was there to sweep home his seventh, and perhaps most crucial, goal of the season.

With the crowd behind them, the momentum was with the Yellows and as the game slipped in to injury time, Warren would pop up as the most unlikely of match winners.

Carden and Jack Dunn worked an opening on the right, and after a couple of false starts, Dunn’s delivery took a deflection and Warren was there waiting unmarked at the back post, expertly steering home a side-footed volley to beat Trennery at his near post and send the home fans in to raptures.

It lifts the Yellows in to the play-offs and the top three, and they welcome Buxton on Saturday for a second successive home game, as they hunt a third straight win. 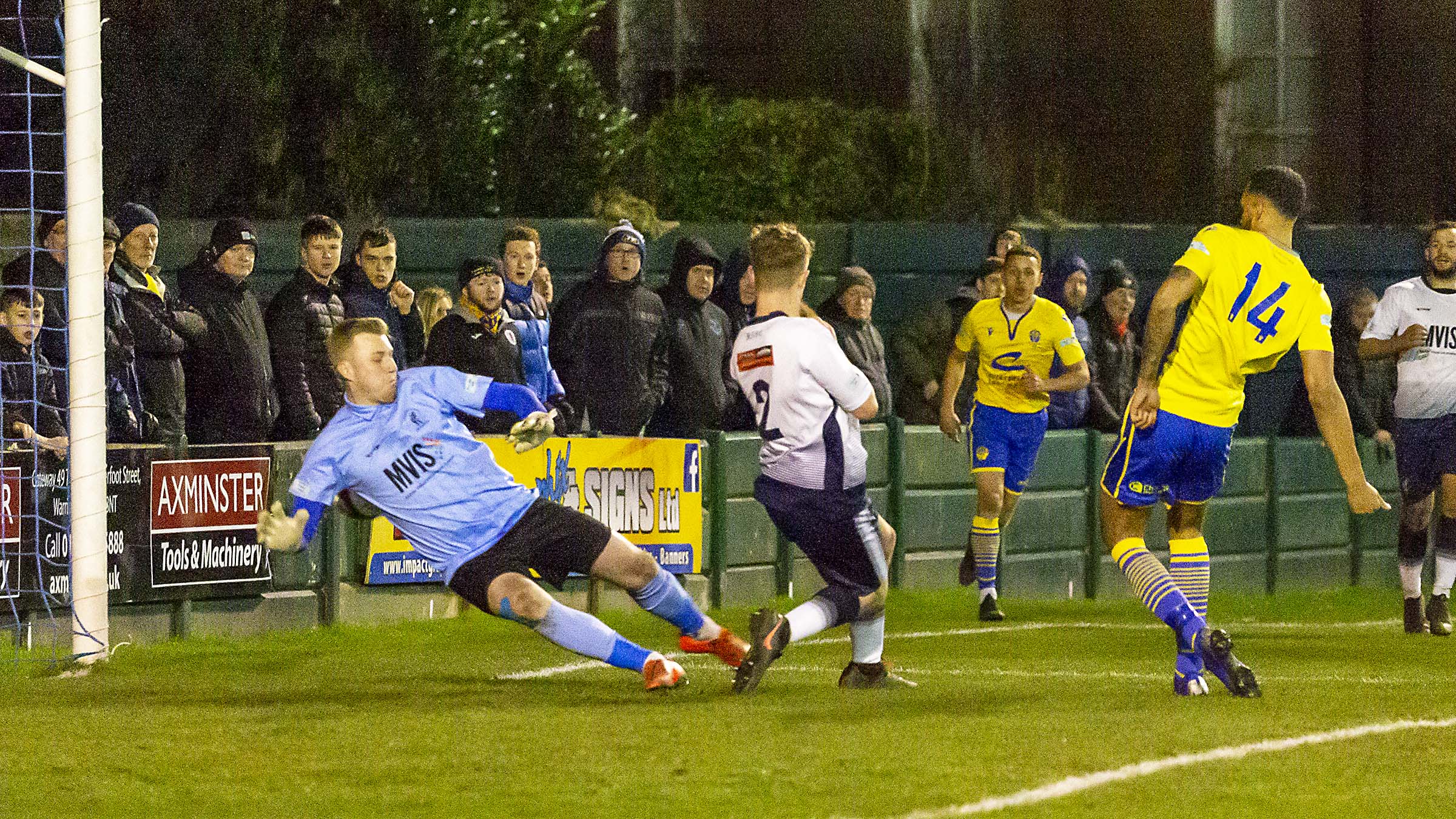 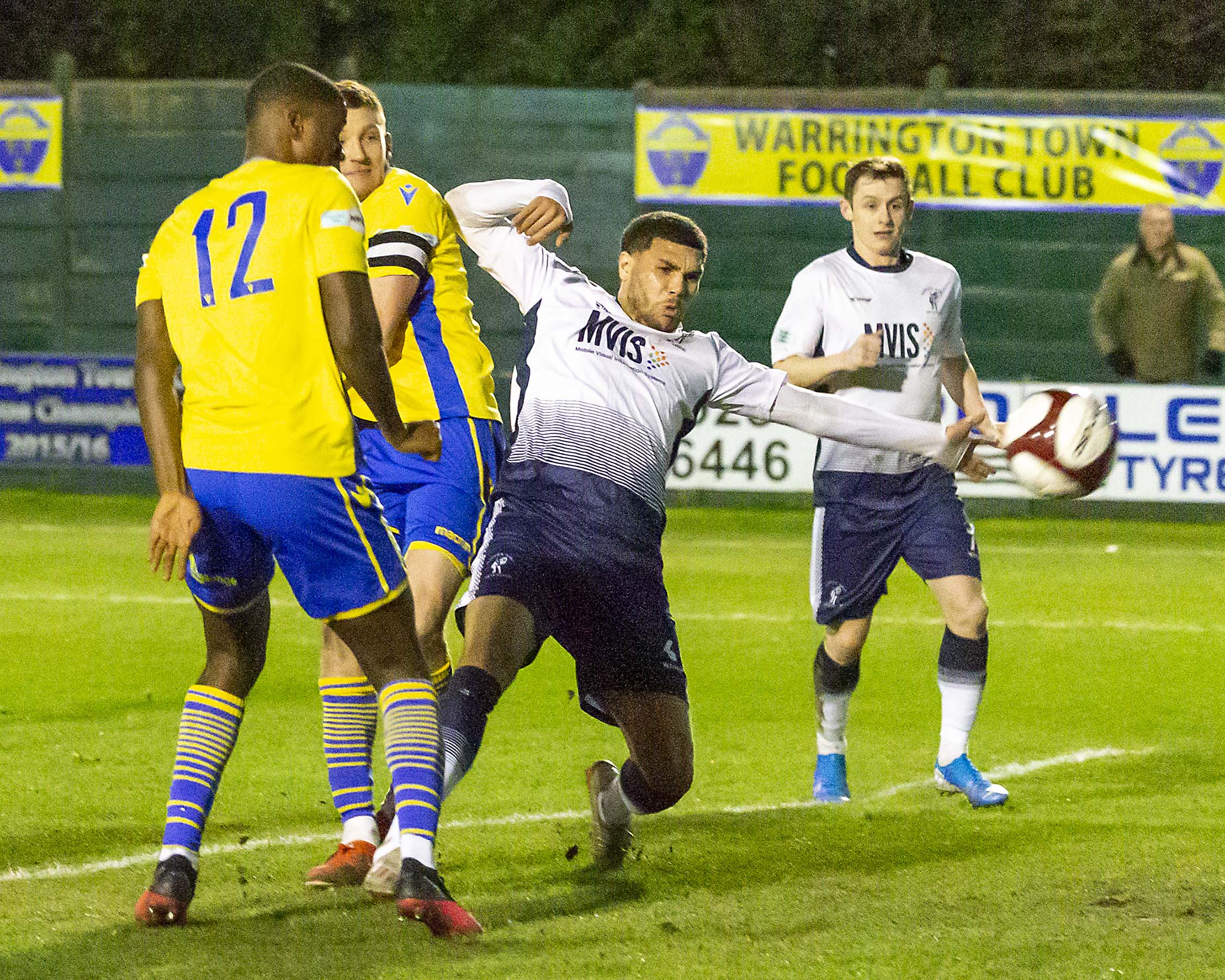 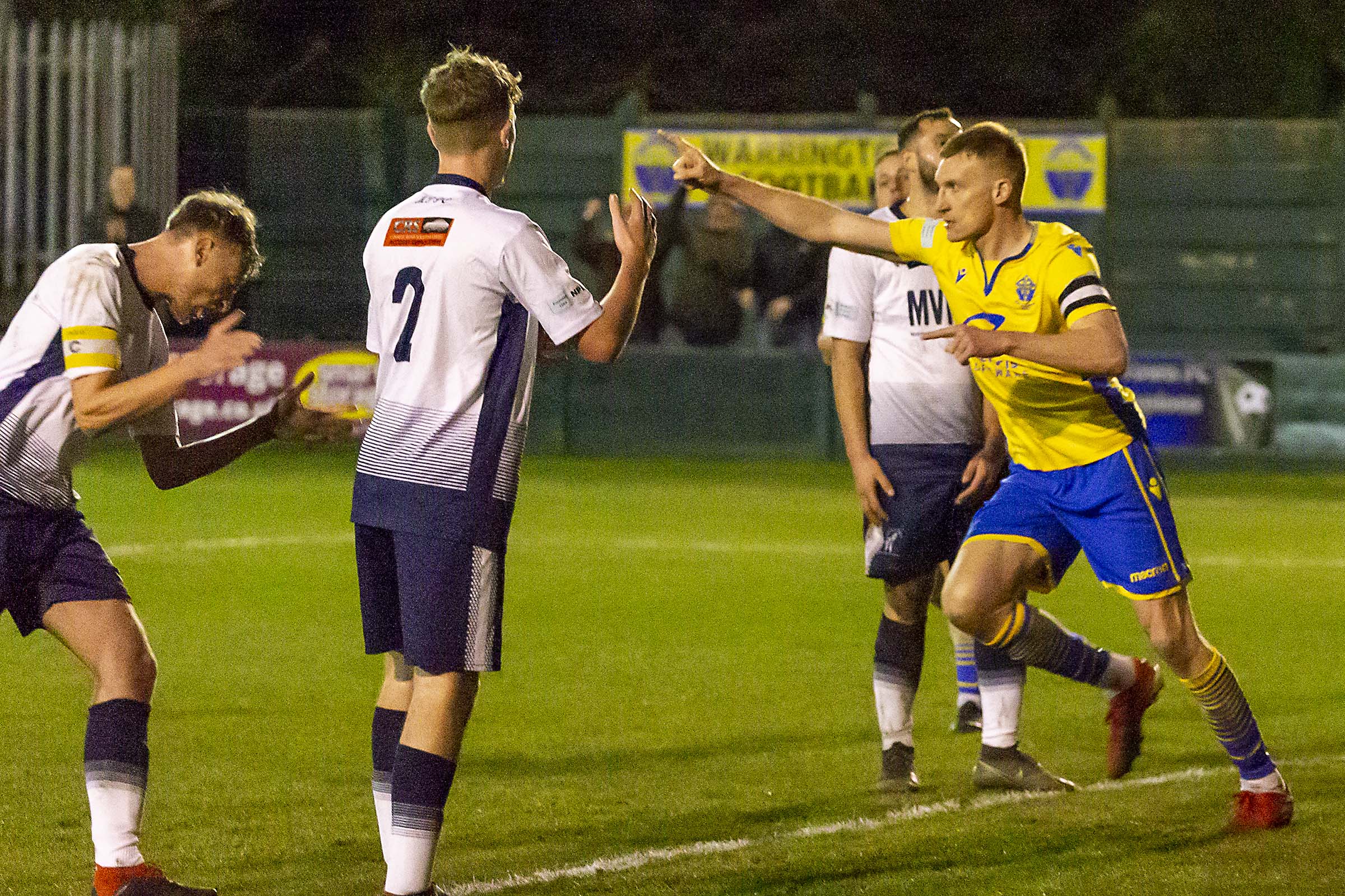