Yellows striker Josh Amis says there’s unfinished business for him and a number of his team-mates as they look ahead to the 2020/21 season.

Amis, 25, is one of 11 players to commit their future at Cantilever Park after the disappointment of the premature end to the season with the Yellows sat in third place.

The two seasons prior had also seen Paul Carden’s side finish third, with Amis scoring the winning goal in the 2019/20 Northern Premier League play-off final.

But the Yellows were denied promotion the following week, owing to a one-off quirk to the promotion process, which required a super play-off against a Southern League opponent, which turned out to be King’s Lynn, who a year on from winning after extra time at Cantilever Park, are now going up to the National League, just one promotion from the Football League.

Amis said: “It feels like there’s unfinished business here, on a personal note and on a team note. For me, it feels like I’ve had not even two half seasons – I only really got going after Christmas in the first season and then last season, with the injury. I want to get a full season in and see where we end up next season, hopefully play a step higher.

“I enjoy playing at Warrington, I like the coaching style, I like the lads and I think they all agree that the banter and team chemistry is brilliant.

“Quite a few lads have stayed on again for a third season with the club and we all want to achieve the same thing, we want promotion. Everyone has stayed to achieve that. One or two had offers elsewhere for more money, but they’ve decided to stay to achieve.”

Going in to the 2019/20 season after firing the Yellows to play-off glory, there were high hopes for Amis to lead the line and plunder more goals to take the club up the divisions.

But he suffered a foot injury in the FA Cup tie against City of Liverpool in September and though he played on for a few games, it turned out to to be a torn ligament and that left him sidelined until January.

He marked his return with a dramatic late equaliser away at Stafford Rangers, and went on to score four goals before the season was brought to a premature end. 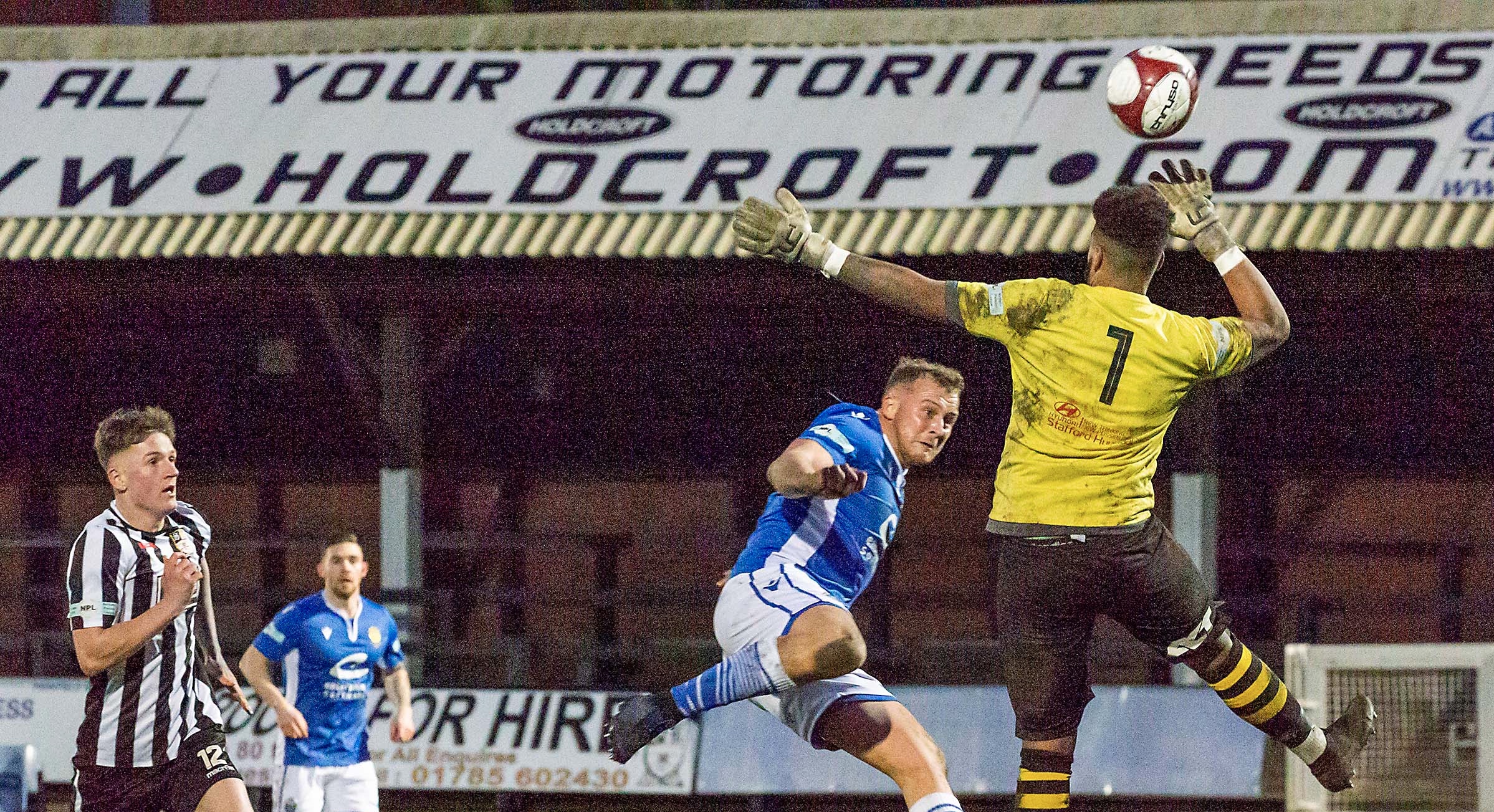 Amis added: “It was a massively frustrating to be out injured. I remember doing it, I thought it was just a knock, and I played an extra three or four weeks, but I was in agony running and kicking the ball. It was frustrating that I didn’t find out what it was for a while, it probably set me back a bit.

“When times got tough and we were drawing a lot, it was frustrating watching as it felt like I could have added something.

“Then I had the double whammy that I had just got going again, when I’d come off the bench at Stafford when I wasn’t expecting it, and then finally got in the team and the season was over. It’s frustrating, but it’s put to bed and we look to next season now.”

Amis has been out on the golf course as he waits for news on when pre-season might resume, and lockdown has enabled him to get back in to shape following his injury lay-off.

Like many footballers though, he is itching to return to the normal routine but there remains uncertainty over when non-league football will resume and of course the impact that might have on clubs.

“It’s strange at the moment. For the past seven or eight years, my routine has been football Tuesday, Thursday and Saturday, along with work. Playing football you have a good laugh at training, you’re keeping fit, it gets you out the house, you get on the football pitch it and work hard and you enjoy it as well, you miss all those things.

“I saw Mitch (Duggan) on the golf course last week and he was saying he’s missing it now, it’s the not knowing that’s killing everyone. You don’t get much time off in football usually, and it’s been a weird one as you’ve not even been able to go on holiday.

“It’s a hard time for all clubs, especially non-league. Toby’s great, he would do anything for you if you asked him, he’s a good chairman, and if any of the lads could help him out with anything, he knows we would.”