Bohan Dixon thanks fans for their support following the 3-1 victory over Nantwich Town at Cantilever Park over the weekend, which saw the Yellows promoted to third in the BetVictor Northern Premier Division.

Warrington Town displayed an impressive performance in the win, while Jack Dunn also returned from injury for the first time since the FA Cup victory over FC United of Manchester.

In a repeat of last season’s play-off semi-final, there were three goals in a frantic opening 10 minutes as the Yellows opened up an early two goal advantage before being pegged back by Sean Cooke.

Captain Mark Roberts headed the side into the lead three just minutes into the game from a corner, before Ben Garrity doubled it from a Jack Mackreth cross moments later.

Cooke then scored one back for the visitors all inside 10 minutes, before Bohan Dixon made sure of the three points in the second half, scoring his third goal of the season. 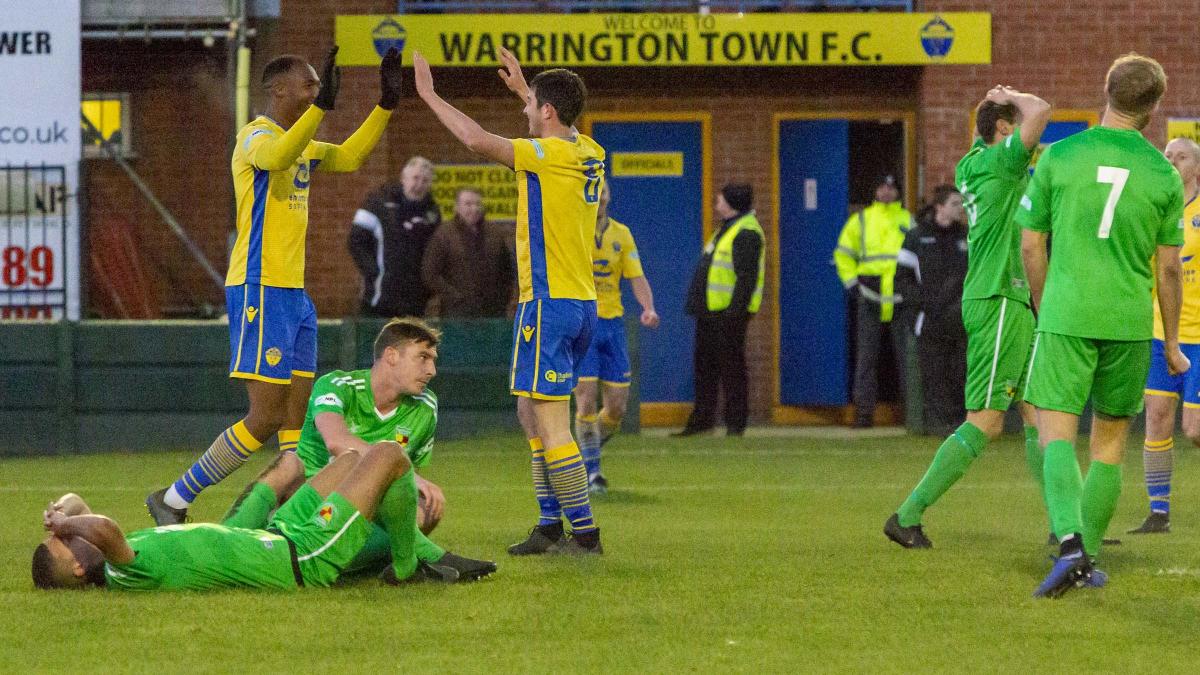 “I was more impressed with the play building up to the goal, but I want more so I have to keep working hard and get into the right positions,” said Dixon.

“Personally, I believe I should have a lot more, so I have to keep working hard to reach the targets.”

Games against both Ashton United and Mickleover Sports were postponed on the bounce before the fixture against the Dabbers, and Paul Carden’s side next face top of the table South Shields at Mariners Park.

“Nantwich was our first game after two weeks with no game and the manager didn’t want any excuses and we proved that,” said Dixon.

“Nantwich are a good side, but so are we and we are happy with that result going into South Shields, which should be a good game and hopefully close the gap on them with three points.”

Discussing the fans, with 512 in attendance on Saturday, Dixon added: “It’s always nice to get support from the fans, especially in the cold weather.

“We’ve got to give them credit, so thank you to them and I hope we can keep rewarding them.”