Tyrone Duffus says the team are in a good position in the league but are looking to push further up in the play-offs.

Warrington Town currently sit fifth in the BetVictor Northern Premier Division table on 40 points, while progressing to the quarter-finals of the Cheshire Senior Cup following a 4-1 victory over Sandbach United.

Josh Amis returned from injury to score his third goal of the season in injury time to secure a point at Stafford Rangers, with the Yellows two points ahead of next best Nantwich Town in sixth position.

“I’d say we’re in a good position being in the play-off places,” said Duffus.

“However, we would still like to be further up the table than we are and hopefully we can make the most of our games in hand on some of the teams above us.”

Duffus, who made his debut against Nantwich Town from the bench, has made eight appearances for the Yellows since joining the side in November, covering both midfield and defence for Paul Carden.

He last featured in the 1-0 home victory over Radcliffe, when recent signing Jordan Buckley netted his first goal for the club. 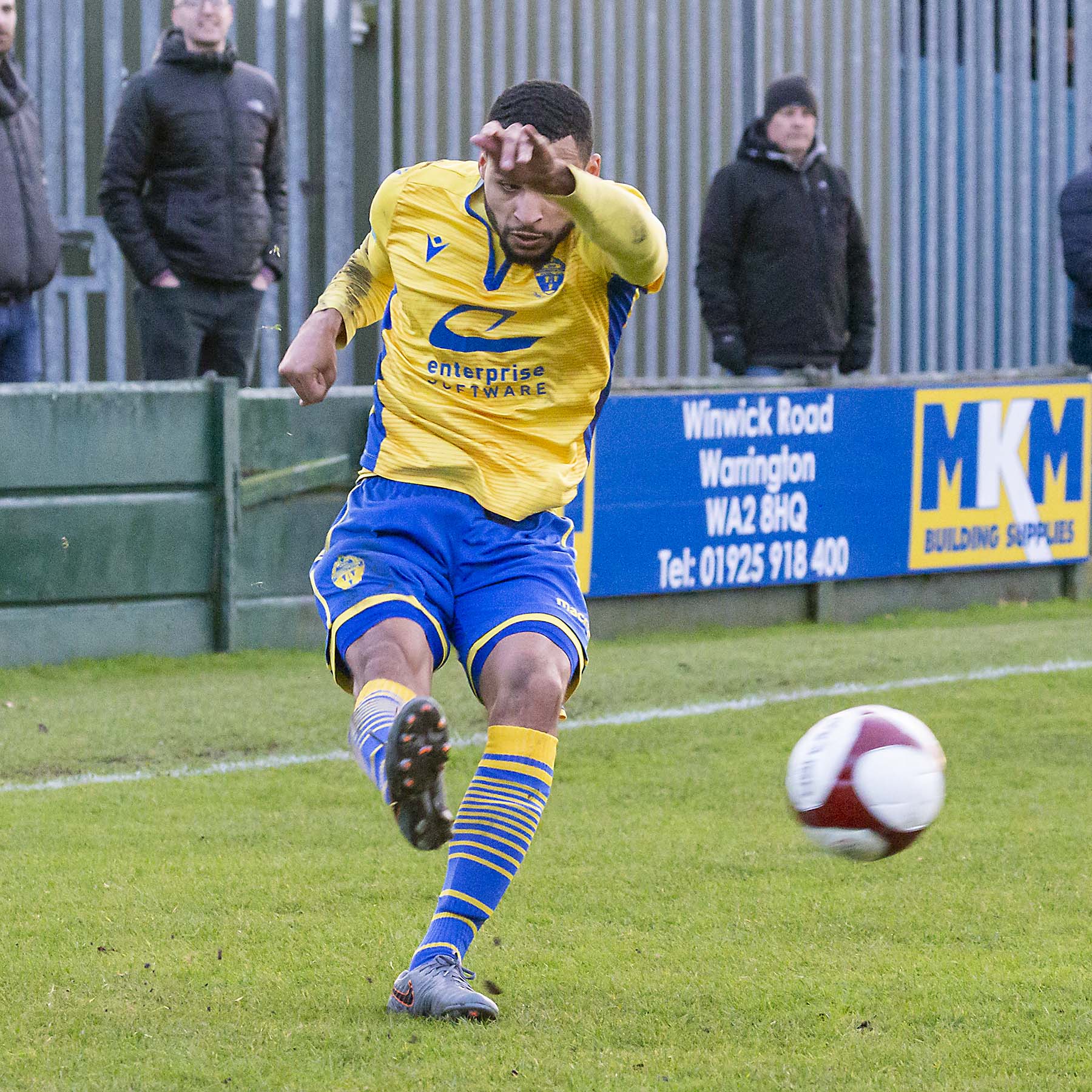 “I’m enjoying my time under Cards and the coaching staff here,” he added.

“They’re good coaches and know how to get the best out of the players which shows with us being in the play-off places.

“I’m really enjoying my football here all the lads are great and we all get on well, so it’s a good team to be playing in.

“The fans are also great and it’s good to know that wherever we are playing, there’s always fans there supporting us.”

Warrington face Whitby Town this Saturday at Cantilever Park, with the visitors currently sitting in 13th place in the league and three wins in their last five fixtures, including a 2-1 victory over table toppers South Shields on Boxing Day.

“We go into the game this weekend as we would any other game.

“We had a tough training on Tuesday night, but all the lads worked hard and looked sharp.

“We’re looking forward to the game Saturday and hopefully we’ll get the three points after the draw at Stafford.

“It’s a very tough competition and any team is capable of getting a result against any team, despite their position in the league. But we’ve got a very good a squad and we’ll go into every game believing we can come out with a win.”

Tickets for this weekend’s clash are available online by clicking HERE.

Or you can purchase on the day at Cantilever Park.