Experienced Warrington Town midfielder Jay Harris says he is excited to return to friendly action with the Yellows next week.

Harris, 35, was already contracted to the club ahead of the 2022/23 Pitching In Northern Premier League campaign, but has now been joined by a number of last season’s team-mates after the club announced its retention list.

Since his arrival at Cantilever Park, Harris has proved to be a calming presence in the middle of the park, making 36 appearances in total last season.

Harris admits he was carrying an injury throughout the 2021/22 campaign but is looking forward to overcoming those struggles in order to put his best foot forward for the club.

And ahead of the Yellows’ return to pre-season action, away at Skelmersdale United on Tuesday 5 July, he insists significant minutes back on the pitch will be vital ahead of their season-opener. 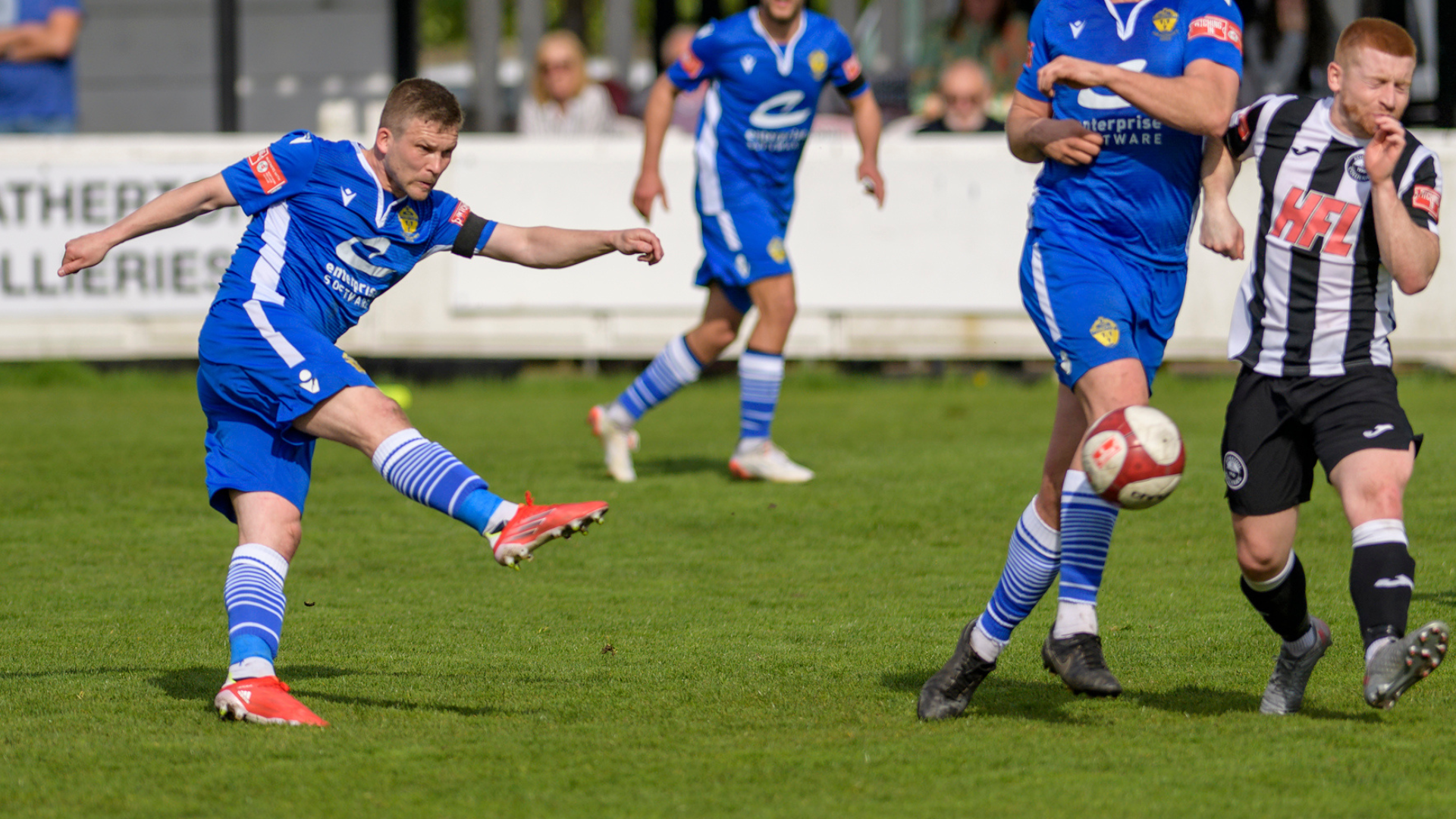 “It’s been a long year, especially for me personally, because I’ve been carrying an injury throughout the whole season,” he said.

“Hopefully it’s behind me now. I’m about 90% fit again, so moving into this season I’ve got a little bit of a point to prove. You’re going to see a better version of Jay Harris this season.

“I’m feeling a lot better and stronger, and it’s time to get myself right again.

“Until you’re playing games, you don’t get that match fitness or sharpness. I think pre-season has to be based around those matches.

“Bees [manager Mark Beesley] has pencilled in around nine pre-season games, which I think will stand us in good shape.”

Among the players to have committed their immediate future to the club are last year’s top scorer Jordan Buckley, talented forward Luke Duffy and experienced midfielder Sean Williams.

Following the departure of some of the existing Yellows squad, further signings will be announced over the coming weeks ahead of the return to league action.

Harris expressed his delight that the club retained a number of important figures within the dressing room as they look to bounce back following last season’s defeat to Scarborough Athletic in the play-off final.

“Doing what we did last year, you can see that we’ve got something,” he admitted.

“If you add that little bit of quality which we were maybe missing, why can’t we go that step further – not just promotion, but winning the league? I think we’re good enough.

“If we can add a couple of quality additions, I see no reason why we can’t be up there again.