Warrington Town are in action against Basford United in the BetVictor Northern Premier Division at Cantilever Park this weekend.

Keep an eye on our social feeds, as there is a pitch inspection at 10:00am.

The Yellows head into the weekend following a 1-1 draw with table toppers South Shields at Mariners Park.

Ben Garrity scored his 10th goal of the season to open up the scoring before Robert Briggs equalised, with the Yellows unable to take advantage of their extra man in the second half after Nathan Lowe was sent off for a stamp on Mitch Duggan.

Tyrone Duffus made his full debut for the club, while Jack Dunn also featured from the bench.

A win for the Yellows could see the club close to within a point of the Mariners this weekend.

Basford currently sit just one place above Warrington in the league table, and recently defeated Ashton United 3-2 with goals from Jack Thomas (2) and Courey Grantham. 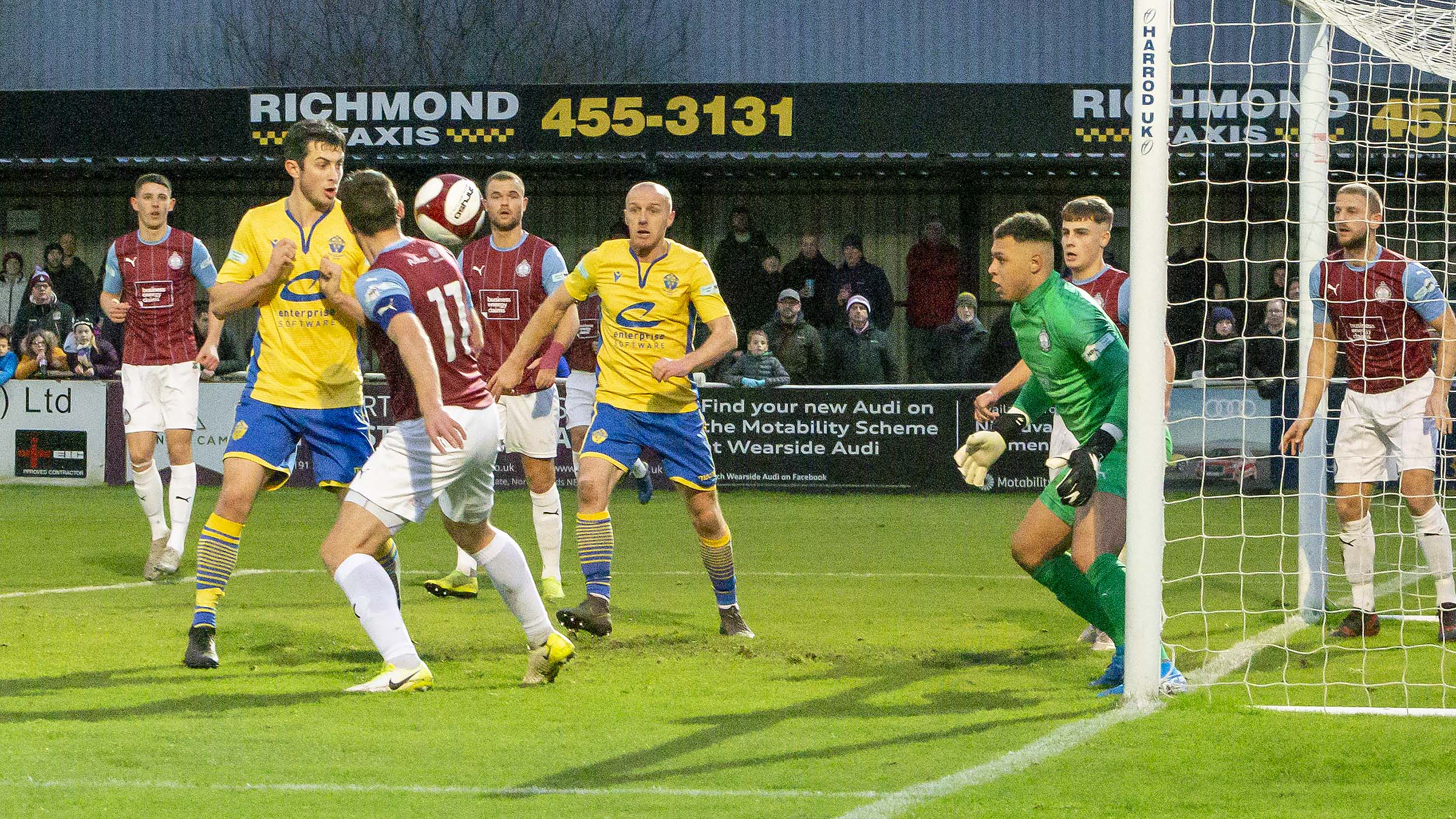 The Yellows claimed a 3-2 victory away from home in December, our sixth league win in a row at the time. Ben Garrity scoring the match-winning goal with his head, his second of the afternoon, while Tony Gray was also on the scoresheet.

At Cantilever Park, the teams shared the spoils with a 1-1 result in November, goals from Jack Mackreth and Stefan Galinski for Basford.

Reflecting on the weekend’s result against South Shields, Carden said honestly: “I was pleased with the result but not the performance.

“The draw was probably about the right result. With a man less, South Shields probably played better than us. I thought it was disappointing, we went away from what we’re good at and sometimes that can happen when you’re playing against ten men.

“However, a point at South Shields is a good point, but I do think that had we put the foot on the gas a little bit and did the things we were good at, we could have won the game.”

On Garrity’s goal-scoring form and previewing the Basford clash, he added: “I said at the start of the season, there’s no reason why Ben can’t score plenty of goals.

“I think the biggest thing that he’s good at in terms of when he’s in the box is how he reads the game. It’s obviously something that you can’t coach as much and it’s a natural talent he’s got of reading the game and to make sure he’s in the right place at the right moment.

“It will be a tough game this Saturday. Basford have gone and got some good results this season. They’ve had a new manager and one or two additions of high quality.

“We expect nothing more than another tough game.”

Tickets will also be available on the turnstile at Cantilever Park tomorrow.