The Yellows travel to Flamingo Land Stadium to face Scarborough Athletic in the NPL Premier Division. Here’s the latest preview…

Warrington Town travel to the other side of the country to face 17th-placed Scarborough in the NPL Premier Division, with an important three-points on the line.

Paul Carden’s side currently sit just one-point away from the play-offs in the league table, with four wins so far this season and 14 league points.

The Yellows most recently faced FC United of Manchester twice in five days, with the Saturday fixture resulting in a 2-1 FA Cup victory with goals from Mitch Duggan and skipper Mark Roberts.

FC United then travelled to Cantilever Park mid-week, where they avenged their loss with a 1-0 league victory thanks to a Jordan Buckley goal on his debut.

Scarborough Athletic have just one win this season coming against FC United, whilst they sit 17th with six points in the BetVictor NPL Premier Division table.

Most recently, the Seadogs were knocked out of the FA Cup after a 5-2 loss against National League North side Southport at Haig Avenue. 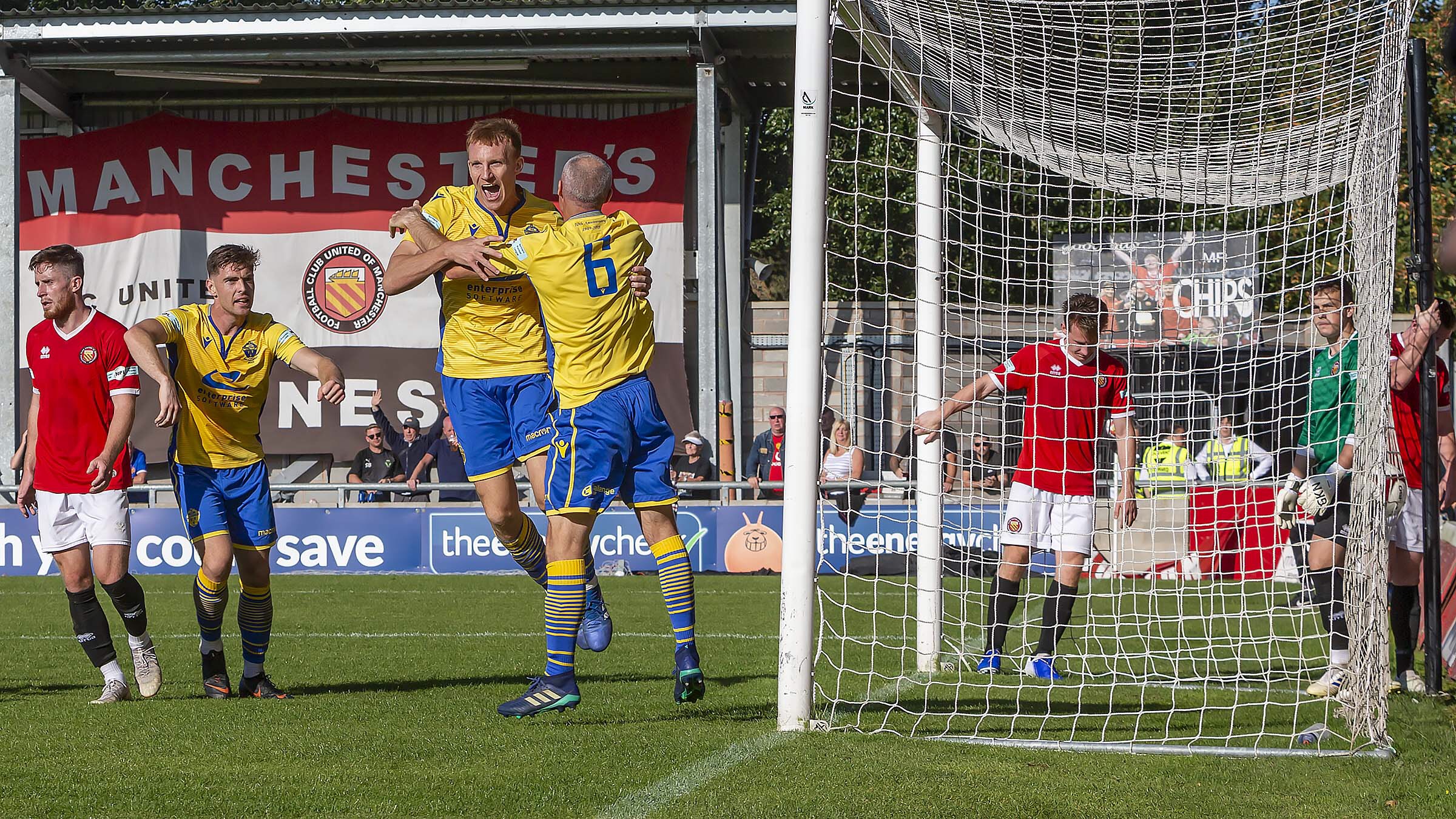 The two sides last met in the 2018/19 season at Cantilever Park in April, with the Yellows securing the three-league points with a 2-0 victory thanks to goals from Tony Gray and Jack Dunn.

However, it was Scarborough who took the first victory that season with a 1-0 scoreline at home.

The last meeting before that was back in 2016, where a free-kick by James McCarten was enough to earn Town a crucial three points in blustery conditions at Cantilever Park – which also stretched their lead at the top of the league to 12 points.

Left-back Louis Barnes will miss the trip after limping off before half time in Tuesday night’s 1-0 defeat at home to FC United.

Winger Jack Dunn is unavailable after he pulled up on his return to action in the FA Cup against FC United last weekend, coming off just 15 minutes after entering the play as a half-time substitute.